Read all about it Sep/Oct 2020
Compiled by Jordan Durrant

After a heavily testis-centric set of stories last time, this issue of ‘Read All About It’ is more prostate-leaning.

The Daily Mail reports on a meta-analysis that has been conducted by a team in Australia which shows a strong link between human papilloma virus (HPV) and prostate cancer. I am sure that we are all aware that, sadly, HPV infection is a risk factor for penile cancers and cervical cancers and that you have to remember which sub-types are most associated with these cancers for the FRCS. Years later, after all of that memorisation, I can still remember what it was like to have instant recall of those important facts.

The potential link between HPV and prostate cancer has been probed for many years, with some researchers finding correlations and others failing to demonstrate a link. It is unsurprising that a clear answer has remained elusive, given the age that these cases tend to present and the massive timeframe during which an infection could have occurred. Interestingly, I recall a study from five or six years ago (I think it may have been covered here) that showed an inverse correlation between the number of sexual partners a man has over his life and the likelihood of prostate cancer being diagnosed. Those who had the most sexual partners seemed to have a lower risk of cancer. Clearly, relying on men to honestly report their number of partners was always fraught with difficulty, but those who reported fewer partners, certainly seemed to have higher rates of cancer – which does not appear to chime with this story.

The team in Australia have reviewed every available case control study (a total of 26) examining the link between HPV and prostate cancer and conclude that there is strong evidence for a causal role. The findings include the facts that just under 22% of prostate cancers are HPV positive, as compared to just under 7% of benign controls and that populations with higher rates of HPV infections also have higher rates of prostate cancer death. Furthermore, in vitro studies show that HPV has the capacity to induce oncogenic changes in prostate cells.

This is a subject which needs far more research though, and whilst this large review provides compelling evidence of a link, it remains entirely clear why. It is theorised that HPV infection may directly influence early oncogenesis, it is also plausible that the reaction to the infection (inhibition of APOBEC3B enzymes) may allow subsequent infection by the true virus culprit.

In any scenario, this provides further compelling evidence for the argument that men should also receive the HPV vaccine.

NICE in the newspapers

Multiple media outlets in the UK picked up on two urology stories pertaining to National Institute for Health & Care Excellence (NICE) guidance. Firstly, Rezum™ Steam Ablation of the Prostate is now, officially, a NICE recommended treatment for benign prostatic hyperplasia (BPH). As somebody who jumped on the Rezum bandwagon over a year ago this was unsurprising to me, because a reliable, effective day-case prostate procedure that actually ‘clears’ prostate tissue is a real game-changer (I have never had a patient not go home within a few hours!). That said, this development is a testament to the enormous amount of work that Professor Richard Hindley (Basingstoke) has done in piloting and championing this surgery within the UK.

There was also a story in several papers (that we have seen before in previous years) regarding the fact that abiraterone usage has been looked at again by NICE and denied usage as a first-line treatment in England (again) for advanced prostate cancer. In the midst of the COVID-19 pandemic, some trusts were providing it as a means to prevent the need for hospital visits. Not unreasonably, there was a good deal of hope that this would continue. At £30k a year for treatment, sadly, it is simply the realpolitik, that it is likely too costly for widespread usage at the current time.

Finally, a story which I suspect we are likely to see repeated in the coming months. Details are sparse, but it sounds as though a gentleman is planning to sue an NHS trust in the Midlands for £20,000. This appears to have been the full cost of him having been investigated for and treated for prostate cancer in the private sector during the height of the first wave of the COVID-19 pandemic. He apparently underwent a robotic assisted prostatectomy at a nearby private hospital after his biopsy was delayed at his local NHS trust.

It will be interesting to see how this plays out in the coming months as a sort of ‘test case’. Clearly, no urologist wants the usual standards of cancer care to slip, but many of us in badly affected parts of the country were forced to make uncomfortable compromises in March and April of this year.

This whole issue has enormous potential to ensure that the aftermath of COVID-19 continues for years to come. NHS England appear to be taking the line that delays in cancer treatment are the legal liability of individual trusts. However, what happens when your trust is entirely dependent on a nearby tertiary centre for such treatments? Whose legal responsibility does it then become? Further, if we begin to see more cases of people seeking compensation or covering of costs for delayed care – it will disproportionately affect NHS trusts which were more deeply affected by COVID-19, either through just having been in the wrong part of the country or due to pre-existing financial pressures limiting their ability to respond to the crisis. I believe this is going to be a big talking point in the months to come. 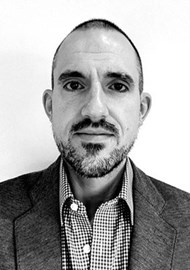