The 2016 terms and conditions of service (junior doctor contract) introduced the following clause:

11. Where a doctor is rostered to work on a non-resident on-call working pattern and the doctor elects voluntarily, subject to the availability of accommodation, to be resident during the on-call duty period, a charge for any such accommodation shall be made and, provided that prior consent has been given, deducted from the doctor’s salary.

This allowed hospitals to charge doctors who were working a non-resident on call (NROC) to stay on site. Though this may seem reasonable and sensible, time critical specialties require prompt response times and with an average commute of 50 minutes for urology trainees many doctors need to stay on site in order to maintain patient safety.

By the summer of 2017 it was clear that this problem was affecting urology trainees throughout the country. And so, with the support of the BAUS Section of Trainees (BSoT), I started the #DontPayToStay campaign.

Links with the BMA

People had already confided to me that they had tried challenging NROC accommodation charges by involving the British Medical Association (BMA) but that the advisors had said that nothing could be done. This didn’t feel right and so I discussed the situation with Jeeves Wijesuriya from the BMA. After a few exchanges we set up a plan of action; I would appeal for any urology trainees affected to come forward and I would forward them onto the BMA where their negotiation would be managed by a senior BMA team. This led to successful removal of charges in most cases, but the process was lengthy, sometimes so long that the trainee had moved on to another hospital before the problem had been resolved. I knew that more could be done.

Although I was the Communications Representative for BSoT, which involves running their Twitter feed, I regarded Twitter with a fair degree of trepidation. Then one day an email pinged in which really shocked me. One of the trainees was being charged £72 per night for her accommodation. One tweet later the campaign took off in social media terms and I suddenly found myself ‘viral’.

I knew that the campaign had reached far and wide when several months later, after I had moved deaneries to the other side of the country, one of the consultants (who is not on Twitter) said to me “isn’t it terrible those charges for on call rooms.”

Though Twitter did a lot to raise our profile, we still did not have a full idea of the scale of the problem nationwide. With the junior doctor contract negotiations recommencing I knew we had a critical window to make a big impact and make sure our voice was heard. So, I decided to embark on a Freedom of Information Request to all hospitals in England enquiring about their practice with regards to NROC accommodation charges. Of the 145 hospitals that employed doctors on NROC working patterns, 20% charged for their NROC room accommodation. The median charge was £25 per night and ranged from £9 to £65. For a registrar working a one in eight NROC at the median charge they would expect to pay £1140 per year for NROC accommodation.

Our data were used to help the BMA in their negotiations with the Department for Health and Social Care. I was invited to re-write the contract clause and after some tweaks this was successfully included in the renegotiated junior doctor contract:

Payment for accommodation when non-resident on-call.

Emergency response requirements may necessitate that trainees working non-resident on-call must be able to travel back to work within a specified time and / or must be based within a specified distance from their workplace. Where it is necessary to be resident in order to maintain a safe response time for the management of time critical conditions and a trainee is based outside of these and, as a result, must obtain accommodation to be resident during the on-call duty period, employers will provide this without charge. If appropriate on-call accommodation is not available, the hospital must make alternative accommodation arrangements. In this circumstance, any extra cost incurred may not be passed onto the doctor.

I was delighted to hear on 26 June that the members of the BMA voted to accept the renegotiated contact thus ending NROC room charges for all time critical specialties in England.

I learnt a lot from this campaign. Trainees will basically put up with anything, provided they feel that their training is progressing. Issues arise when their progression of training slips, at which point compromising on working conditions no longer feels worth it. But speaking up about poor conditions is difficult. Our specialty in urology is small, and nobody wants to be seen as the ‘difficult trainee’. And so, it is not surprising that many trainees feel a great sense of apathy when it comes to improving our experience of training, be that our working conditions or the quality of our education. I think sometimes as a trainee you can feel quite isolated from the consultant body, particularly where issues relating to poor working conditions arise. But one of the things that surprised me during this campaign was the overwhelming response from consultants up and down the country with messages of support. It was heart-warming to see that so many consultants cared so deeply about the working conditions for their registrars. At the end of the day we are all on the same side.

“I hope this campaign goes some way to showing trainees that you do have a voice, you are more than just a number and your experience matters”

This campaign would not have attracted this level of interest and publicity without the support of BSoT and BAUS. Their involvement has enabled us to have our voice heard and consequently has led to a change in the junior doctor contract which will improve the working lives of doctors throughout England. I am immensely proud of what we have achieved. We took a problem, which had a significant financial impact on those affected, we quantified the extent of the issue and then successfully negotiated to have this problem robustly and permanently solved.

Each of us will come across issues in our training. I hope this campaign goes some way to showing trainees that you do have a voice, you are more than just a number and your experience matters. Ask yourself if you had your own hospital, what would it be like? This is what we should strive for, for ourselves, for our colleagues and for our patients. Ultimately, if you try hard enough you can improve the status quo.

Comments from Luke:
This is fantastic news for trainees of all specialties, not just urology. Katie has listened to trainees and campaigned for justice and we are lucky to have her as a colleague. Her work shows the power of trainee representation and I would encourage any trainee having issues at work to contact BSoT for support. We will do everything we can to make urology training the best it can be. 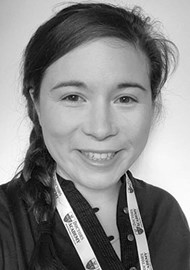