The Kennedy Report
By Hannah Pendegast

The death of George Floyd at the hands of racist driven police brutality in May 2020 shook the world into a period of civil unrest and active demonstration against unacceptable discrimination displayed by people of authority. The Black Lives Matter movement marked a turning point for people to say they would tolerate this widespread, deeply engrained culture of discrimination against people of colour no longer.

In the wake of worldwide protests, the Royal College of Surgeons of England (RCS England) announced its newly elected senior college leaders – four white men. It became abundantly clear that the college was not presenting itself as a diverse, inclusive organisation that is truly representative of its members or of wider society. Personal experiences of members experiencing racism, sexism and other discrimination within the surgical profession prompted vocal expressions of concern and dissatisfaction particularly from women and people of colour within the field. Recognising a need for improved transparency and change, the newly elected President of the Royal College invited Baroness Helena Kennedy QC and her team to conduct an independent review into the diversity and leadership of the surgical profession and of the College (The Kennedy Report). 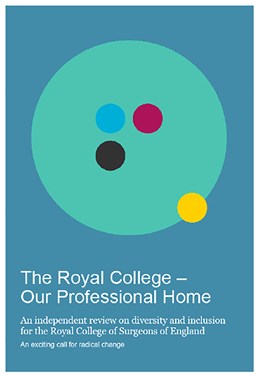 A diverse experienced panel conducted this independent review between October 2020 and November 2020. The review looked at data from the College and the results of a member survey. The panel also conducted interviews and focus groups with witnesses who included practising surgeons and medical students. The panel met on seven occasions to consider the evidence available to them.

The panel concluded that:

Following the conclusions of the review the report sets out a vision for the College and recommends a 16-point plan with a recommended timescale.

The vision for the College is:

“To be an inclusive, diverse, professional organisation committed to fairness and anti-discrimination, supporting and promoting the highest professional / surgical standards and the best outcomes for patients in the spirit of respect and compassion – for patients and for each other.”

The recommendation is that significant changes occur over the next two presidential terms to shift the balance towards one that is more inclusive and representative.

Specific recommendations were made on commitment to engagement of the process of change, reform to election processes for key roles including presidency, vice-presidency and council roles, development of clear strategies for improving inclusivity and support for growing groups within the surgical workforce including SAS doctors, parents and women as well as focus on closing the gap on differential attainment. Recommendations were also made on increased collection of data around the issues identified in the review to better enable future assessment of the issues and measurable change.

In March 2021 the College published a formal response to the report assuring a commitment to diversity and to the recommended 16-point plan. The College recently went on to publish its Diversity, Equity and Inclusion (DEI) action plan with an update on its approach to each of the 16 report recommendations and a clear timeline of when we can expect to see changes. Points of importance are:

More widely in 2022 we can expect to see the launch of two research fellowships, a refreshed emerging leader’s programme and a pilot mentoring programme.

The College traditionally has been a pivotal organisation in a surgeon’s career. Prior to the days of online networking, social media and easy widespread access to high quality information at just a few clicks the College was an important institution which fostered personal and professional relationships amongst colleagues and facilitated the sharing of information, research and practice. Bestowing of the title MRCS and FRCS has traditionally been a flagship moment in any surgeon’s career – a marker of a ‘quality’ and ‘recognised’ surgeon. As the face of the surgical workforce continues to change it is important now more than ever that the organisation representing us is able to demonstrate that its values, approach and structure has adapted with us. With increasing pressures from society to be more inclusive and a new generation of surgeons with different expectations it is unrealistic to think that slow evolutionary change will be tolerated.

It is important to note that to commission this review was courageous and demonstrates a willingness of the current leadership to promote a new diversity within the College and exhibits a commitment to their role of representing all their members. Whilst sad that it has taken so long for the College to recognise and accept what many of us have personally experienced and witnessed it is hopefully a step towards a brighter future and a newly diversified professional home for all surgeons. 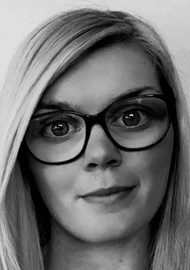