The use of guide wires has become a core skill utilised by urologists, especially within the field of endourology. The authors take us through the development of the guide wire and their current use in urology.

The first evidence we could find of a “guide wire” associated with urology was actually published in 1962 by Jalundhwala, in which a trauma and orthopaedic guide wire (albeit a rather thick and stiff wire unlike what is used today) broke off during a trans-cervical nailing of a femur fracture and then unfortunately migrated into the patient’s bladder [1].

It was only found three months after the initial orthopaedic procedure and was removed via a suprapubic cystostomy. However, it is technically the first documented account of a “guide wire” within the urological system!

When one mentions the use of a guide wire to safely gain access and introduce instruments into a lumen or hollow organ, many will know about the Seldinger technique. Named after the esteemed Dr Sven-Ivar Seldinger, who, before developing his technique, used a piano wire when trying to advance a polyethylene tube for angiography [2]. However, Seldinger himself did not invent the concept of a guide wire, but rather developed a technique on how to effectively use them. He then went on to manufacture the first modern day guide wire with the Stille-Werner Company.

The main issue that Seldinger and his colleagues faced was that bleeding from vessels was a particular problem. This was usually secondary to the common use of large bore needles in order to facilitate the placement of large bore catheters. The catheters themselves were also very flexible, meaning that it was difficult to advance them once they were in the lumen as they would kink or bend. Seldinger was able to overcome this problem by using a ‘metal leader’ which was a metal wire with a flexible tip.

In his publication ‘Catheter replacement of the needle in percutaneous arteriography, a new technique’ [3], Seldinger refers to previous papers published around the subject of introducing catheters into lumens. This included Pedro L Fariñas’s described method in 1941 of passing a urethral catheter via the femoral artery into the aorta using a trocar as a guide [4]. Seldinger goes onto describe that this concept was further modified by Dr Jonson in 1949 [5] who performed a thoracic aortography by cannulating the common carotid artery, and then advanced a silver thread to guide the cannula into the thoracic aorta. Unfortunately, this procedure was abandoned, as it was feared the cannula would damage the aortic wall. However, the described method of advancing a silver thread to guide and facilitate the introduction of a larger instrument into a lumen is probably the first mention of what would resemble a guide wire today.

The move into urology

The introduction of the guide wire was originally used in many vascular procedures that benefited from the Seldinger technique. Then, in 1962 Pekka Soila used the Seldinger technique for the transurethral endoscopic introduction of a ureteric catheter into the renal pelvis using a Seldinger guide wire. The purpose of this procedure was for sampling urine and the injection of radio-opaque contrast, very much like how today’s retrograde studies are performed [6].

In June 1978, Hepperlen et al. described a novel technique for placing a ureteric stent over a Teflon guide wire which had to be inserted into the renal pelvis via an endoscope first [7]. Six months later, Bigongiari described the transurethral conversion of a percutaneous ureteric stent to an indwelling pigtail stent using a guide wire [8]. Shortly after this, in 1981, Fritzsche et al. first described the successful transvesical bypassing of ureteric obstructions using angiographic guide wires and catheters in combination with endoscopy [9]. These procedures formed the basis of today’s practice and have become more efficacious with the advancements in guide wire technology.

In tandem with the development and growing use of the guide wire, progression in the field of ureteroscopy was also underway. Although the first ureteroscopy was accidently performed in 1912 by Hugh Hampton Young (where he inserted a paediatric cystoscope into an extremely dilated ureter), it wasn’t until 1960 when the first flexible ureteroscopy was performed by McGovern and Walzak (almost a decade before the first rigid ureteroscopy). Unfortunately, due to the limitations of the scopes and their relatively poor flexibility, early ureteroscopy was limited to the sole purpose of diagnostics [10]. It wasn’t until the 1980s that a working flexible and rigid ureteroscope was developed. It could be inserted over a guide wire and had the added benefit of supporting irrigation apparatus and incorporating a working channel through which a variety of instruments could be deployed [11].

It is also not only the characteristics of the wires that vary, but also the materials from which they are made from. Nitinol (nickel-titanium alloy) or steel is usually the main core in most wires. Some guide wires are coated with other substances such as silicone or polytetrafluoroethylene (PTFE) which enhance lubricity, or with other novel hydrophilic coatings to allow for easier manoeuvrability in tortuous lumens [13].

The field of guide wire technology and the birth of endourology have encouraged research into guide wire characteristics, and there are now publications on the analysis of guide wire characteristics and their clinical use in everyday practice. They have facilitated an explosion of progress within the field of endourology and are used in a diverse number of urological procedures and clinical situations including ureteroscopy, stent insertions, percutaneous nephrolithotomy (PCNL) access, facilitating dilation of urethral and uretero-ileal anastomotic strictures, and even the placement of difficult urethral catheters.

Which guide wire to use

So how do you choose which wire to use in which situation? Each clinician will undoubtedly have their own preferences based on their personal experience and expertise. Some very valuable advice given to me as a trainee in urology was to not only have a plan A, but also a plan B, C, D and E! An example of this might be when trying to navigate an impacted ureteric stone in the middle of the night. One may wish to start with a standard starter wire, it has a slightly stiffened tip, and doesn’t cost as much as some of the other more specialised wires. If this fails to get past the stone, one could try plan B, perhaps a Sensor wire, which has a hydrophilic tip that allows it to better navigate around stones (under fluoroscopic screening) when the ureter is tight.

Failing that, plan C might be to use a more specialised (and more costly) completely hydrophilic wire. These can be quite tricky to use given how they are designed to slip past obstructions, as well as slip through the surgeon’s fingers! (Sometimes, using a piece of gauze to manipulate the wire helps). So, what if this also fails? Another technique that is commonly used is to pass a wire up to the obstruction, then pass a ureteric catheter over the wire up to the stone. With the added rigidity of the ureteric catheter stabilising the ureter, a hydrophilic wire can then be tried to navigate around the stone. Similarly, such a technique can be employed to straighten a tortuous ureter when placing a stent. By advancing the catheter up to the tortuosity and manipulating the guidewire proximally through each tortuosity, an excess of coiled guidewire (often a super stiff wire is helpful here) can be placed in the renal pelvis. The ureter can then be straightened whilst simultaneously retracting the wire from the renal pelvis and advancing the ureteric catheter proximally up the ureter.

Apart from cost, why would you want to use a stiff starter wire in endourology? Surely one would want to be as least traumatic as possible? There are some situations where it’s much easier to use a stiffer-ended starter wire rather than the more flexible hydrophilic-tipped wires. Changing an old encrusted ureteric stent would be a good example of this. When the lumen of the stent is encrusted, the stiffness of a starter wire is a much better tool to push through the encrustations than the more flexible hydrophilic-ended wires.

We should also not forget the important use of the guide wire by some of our colleagues, the interventional radiologists who are able to use a multitude of different guide wires for the placement of nephrostomies and antegrade stents when an endoscopically retrograde approach is just not feasible, or even for renal embolisation, thereby giving our patients an additional option of treatment, especially in those in whom a general anaesthetic may not be suitable.

A wide range of wires are used in interventional radiology with varying tips and flexibilities. These include the ultra-stiff wire that is used in nephrostomy insertion after initial puncture of the kidney. This allows for the loading of a robust dilator that is used to dilate the nephrostomy tract prior to nephrostomy tube insertion. In the same way, the super stiff wire is also used in PCNL operations and suprapubic catheter insertions in order to load the dilator as well as the working sheath.

Hydrophilic wires are also commonly used by interventional radiologists for the insertion of antegrade ureteric stents via nephrostomies. For example, a patient who has an obstructed kidney after a transurethral resection of a bladder tumour would likely have a nephrostomy inserted in the first instance. After which, an antegrade stent might be considered, however, given the possibility of a narrowed ureteric orifice and recent bladder resection resulting in friable and possibly thin bladder wall, the extremely flexible hydrophilic wires are a good option to both navigate the ureteric orifice as well as be less likely to traumatise the surrounding bladder wall.

Guide wires have come a long way since the first silver thread and piano wire. The need for advancements in this area has produced an arsenal of tools from which urologists (and other specialities) can choose from, each designed and manufactured for different clinical purposes. 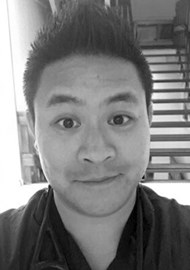 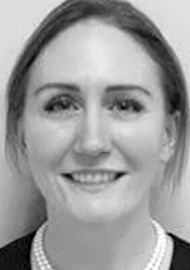