Erectile dysfunction is defined as the persistent inability to attain and / or maintain an erection sufficient for sexual performance. Not only does this have a psychosocial impact, it also affects the quality of life of both the patients and their partners [1]. The prevalence of erectile dysfunction has been quoted as 52% in non-institutionalised 40-70 year-old-men according to the Massachusetts Male Aging Study [2]. A European study comprising men aged between 30 and 80 years reported a prevalence of 19% [3].

Penile erection is a complex integration of neurovascular and hormonal pathways which lead to vasodilatation and corpus cavernosum smooth muscle relaxation. This causes compression of the sub-tunical venules leading to engorgement of blood within the penis. Therefore, risk factors for erectile dysfunction will affect the neurovascular and hormonal pathways but they are also common to the development of cardiovascular disease.

These include age, obesity, smoking, diabetes, dyslipidaemia and metabolic syndrome. Impairment of the neurovascular pathway can also occur following major pelvic surgery or radiotherapy and although radical prostatectomy and cystectomy are commonly performed by urologists, we shouldn’t forget patients undergoing surgery for rectal cancer or rare sarcomas.

“Patients may require referral to specialist centres whereby investigations such as penile doppler and penile MRI can be performed to investigate unusual presentations or investigate underlying factors for pharmacological non-responders.”

Several international guidelines are now available which cover the investigation and management of men with erectile dysfunction. A recent publication compared the UK erectile dysfunction guidelines with those published by the European Association of Urology (EAU) [5]. However, this publication used the old 2008 British Society for Sexual Medicine (BSSM) guidelines which have recently been updated [4]. Both the guidelines agree on the risk factors mentioned above as well as hypogonadism and spinal cord injury.

They also agree that the initial basic assessment of patients should include a full medicalhistory to evaluate the onset and risk factors for erectile dysfunction as well as a full sexual history, such as sexual frequency, degree of tumescence, ejaculation history and any orgasmic dysfunction. The physical examination should include an assessment of the blood pressure, waist circumference and examination of the external genitalia to detect any anatomical abnormalities or palpable plaques indicating Peyronie’s disease. There is variability as to whether a digital rectal examination should be performed, but this should be based on age, presence of lower urinary tract symptoms (LUTS) and risk factors for prostate cancer.

The current erectile dysfunction guidelines all agree that a fasting blood glucose and an HbA1c and lipid profile should be performed as a baseline. As there is an association with hypogonadism, a baseline serum testosterone using an early morning sample should also be conducted. In order to objectively assess the response to treatment and the baseline erectile dysfunction, an International Index of Erectile Function (IIEF) or Sexual Health Inventory For Men (SHIM) questionnaire can be completed.

The management of erectile dysfunction can be initiated in primary care, whereby the initial assessment and baseline blood tests can be performed as well as providing lifestyle advice. The indications for referral to secondary care are when first-line oral phosphodiesterase 5 (PDE5) inhibitor treatments fail at the maximum dose or the patient requires specialist assessment or there are clinical findings to suggest unusual aetiological factors or abnormalities found on clinical examination.

The first-line treatment, which includes lifestyle advice and / or oral PDE5 inhibitors, are efficacious in the majority of patients. Both tadalafil and sildenafil are now generic with sildenafil also available over the counter without prescription. The oral PDE5 inhibitors are very similar in the mechanism of action and only differ in the half life with tadalafil having a longer half-life of 17.5 hours. This has led to the use of the daily dose of 5mg tadalafil for the management of erectile dysfunction as well as benign prostatic hyperplasia (BPH) related lower urinary tract symptoms and is a useful option in the comorbid patient or in men who develop sexual dysfunction as a result of conventional alpha blockers or 5 alpha-reductase inhibitors.

Urology clinics can also arrange to teach patients on delivering intracavernosal or intraurethral prostaglandin treatment. An alternative would be to offer a vacuum erection device if patients are unwilling to undergo or consider end-stage surgical options in the form of a penile prosthesis.

Patients may require referral to specialist centres whereby investigations such as penile doppler and penile MRI can be performed to investigate unusual presentations or investigate underlying factors for pharmacological non-responders. In cases where there is uncertainty as to whether the erectile dysfunction is psychogenic or organic, an overnight nocturnal penile tumescence (NPT) study can be performed. Very rarely is cavernosography performed although arteriography is required for patients with a history of trauma or pelvic injury to assess whether revascularisation surgery or stenting is suitable.

Patients who have undergone a radical prostatectomy for prostate cancer can suffer a neural injury to the cavernosal nerves (traction, thermal or transection) as well as arterial insufficiency and venous leak. Studies have also shown that there is a change in the collagen-smooth muscle ratio within the corpus cavernosum. The management of post-prostatectomy erectile dysfunction is not yet standardised [6]. However, the majority of centres will use PDE5 inhibitors after surgery as the spontaneous recovery for erections is better in those patients who have started early PDE5 inhibitors compared to those who have delayed treatment.

This is often combined with a vacuum erection device in order to maintain penile length and encourage blood into the cavernosal spaces. Failure to respond to oral PDE5 inhibitors leads patients to second-line options using intracavernosal injections or intraurethral alprostadil. The intracavernosal injections have traditionally used alprostadil which can be started at 5mcg and increased to 40mcg. A new preparation called Invicorp® has now entered the market and has a combination of 25 micrograms of aviptadil and 2mg of phentolamine (Figure 1). This is a useful drug to offer to patients who have failed alprostadil treatment. 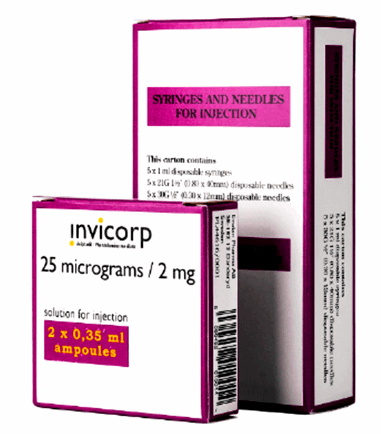 Alternative prostaglandin preparations include MUSE® which is inserted using an applicator into the urethra and massaged into the urethra and glans with a maximum dose of 1000mcg and an efficacy of up to 65%. A newer intraurethral gel called Vitaros® has also been launched in the UK. This uses 300mcg of alprostadil in 100mg of cream and the results have shown a similar response to MUSE® (Figure 2). 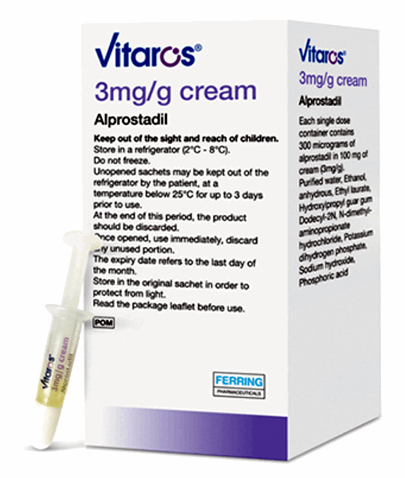 Some patients who have been diagnosed with either stenosis in the internal iliac arteries or its branches, whether they are due to atherosclerosis or trauma, may be amenable to arterial reperfusion using stents or angioplasty. Arterial reperfusion where the inferior epigastric artery is anastomosed to the deep dorsal vein or dorsal artery of the penis is now infrequently performed, despite some reports suggesting a 60% improvement in erections.

Another non-invasive option is low intensity shockwave treatment (LiSWT) which has been used to induce neovascularisation within the corpus cavernosum and has been useful for patients who have failed oral PDE5 inhibitors or feel that the oral PDE5 inhibitors are not as efficacious as before. There are several machines which are available on the market but they all use the same principle of low intensity shockwaves to several areas on the penile shaft and perineum. The success rates have been variable but with some reports suggesting that 60% of PDE5 inhibitor non-responders are salvaged [7].

Provided that patients have undergone the treatment algorithm of first and second-line treatments, the surgical option of either an inflatable or malleable penile prosthesis is guaranteed to provide enough rigidity for sexual activity. The most popular choice is the inflatable penile prosthesis as it provides a natural flaccidity and concealment with rigidity gained by squeezing a pump placed in the scrotum. A reservoir is placed in the retropubic space and two cylinders are inserted into the penis to replace the function of the corpora. The two main inflatable implants which are used in the UK are the Coloplast Titan® Zero Degree (Figure 3) and the AMS 700CX™ (Figure 4). There are minor differences between the two devices. The AMS implant is precoated with InhibiZone® which is a rifampicin based coating. The Coloplast implant has a hydrophilic coating and can be soaked in the antibiotic of the surgeon’s choice. 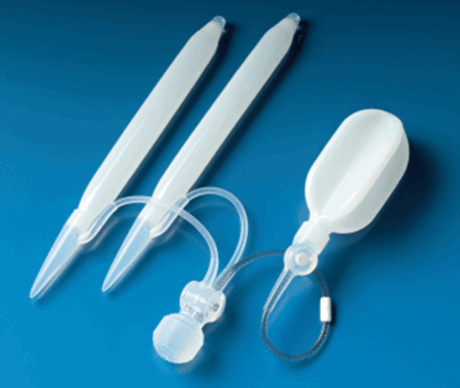 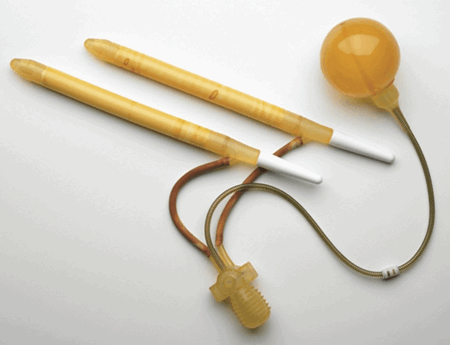 The patient and partner satisfaction rates are over 90% but patients need to be warned about the risk of implant infection, which in high volume centres is less than 2% and also the risk of mechanical failure, although over 80% of the implants are working at 10 years.

Previously there has been a reluctance to offer penile prosthesis surgery when patients seek advice from non-specialists due to the perceived fear of high complication rates associated with implant surgery. The outcome data shows that this is not the case and fortunately patients have access to a number of online resources and patient forums which has led to patients actively seeking treatment. The procedure is performed as an overnight stay and patients are discharged home to be seen after two weeks whereby the device is cycled. Patients are advised not to have sexual intercourse for six weeks and currently in the NHS, patients are eligible for surgery if they meet a criteria where they have failed conventional first and second-line treatment options and also have a BMI of less than 30 with well controlled diabetes. 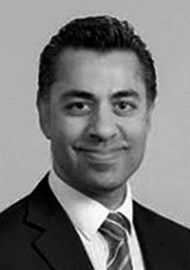