Frequency-volume chart apps for nocturia: keeping urologists up at night
By Rustam Karanjia and Sergey Tadtayev

Nocturia is a bothersome symptom and the leading cause of disturbed sleep in adults. It is extremely common, with 55% of men and 60% of women aged 50 waking at least once in the night, with a further 20% waking at least twice [1]. It is associated with impaired quality of life, reduced work productivity, increased incidence of cardiovascular disease, diabetes, depression and even risk of death.

Nocturia is often resistant to treatment because many of its causes can be particularly hard to elucidate. However, the increased recognition of its high prevalence and the important role that sleep disorders, such as obstructive sleep apnoea (OSA), play in nocturia and its clinical sequelae, has transformed nocturia management in recent years.

Nocturia work-up is one of the main reasons for requesting an accurate frequency-volume chart (FVC). Traditionally, this has been a paper exercise. However, the increasing proportion of remote consultations following the COVID-19 pandemic often means there is difficulty distributing and collecting these patient-generated data. The solution would be an electronic alternative allowing patients to accurately measure fluid intake / output, producing meaningful summary reports for urological evaluation. One potential answer could be through the use of smartphone applications (apps).

In truth, paper-based exercises are becoming a tool of the past. Digitalisation has occurred rapidly in the UK – 87% of all UK adults own a smartphone compared to just 17% 10 years ago [2]. Whilst healthcare has traditionally been resistant to change, the COVID-19 pandemic has forced digital advancement in a much shorter space of time. We are now beginning to see in real time how digital healthcare solutions are not just benefitting patients but empowering them as well.

We identified all FVC apps on Play Store (Android) and App Store (iOS) using keyword searches. We excluded any apps from analysis if they were not free for users or did not have specific intake / output features.

We identified 15 FVC apps across both platforms at the point of our search. One (UroBladderDiary®) was not free for users and two apps (DBD Elartos CT20® and Where I Go+®) required access codes for login and were excluded. Of the remaining 12, six (50%) were iPhone exclusive, three (25%) Android exclusive and another three (25%) available on both platforms (Table 1). All apps were ad-free, although Pee Tracker® required payment for customisable features including summary reports.

There was large heterogeneity in the layout and features of each app. Many included customisable features including urgency scoring, leaking, caffeine intake etc. which are all useful in the work-up of nocturia, although these varied across apps. Only four (33%) however, had the option for inclusion of symptoms occurring specifically at night / during sleep (Figure 1). 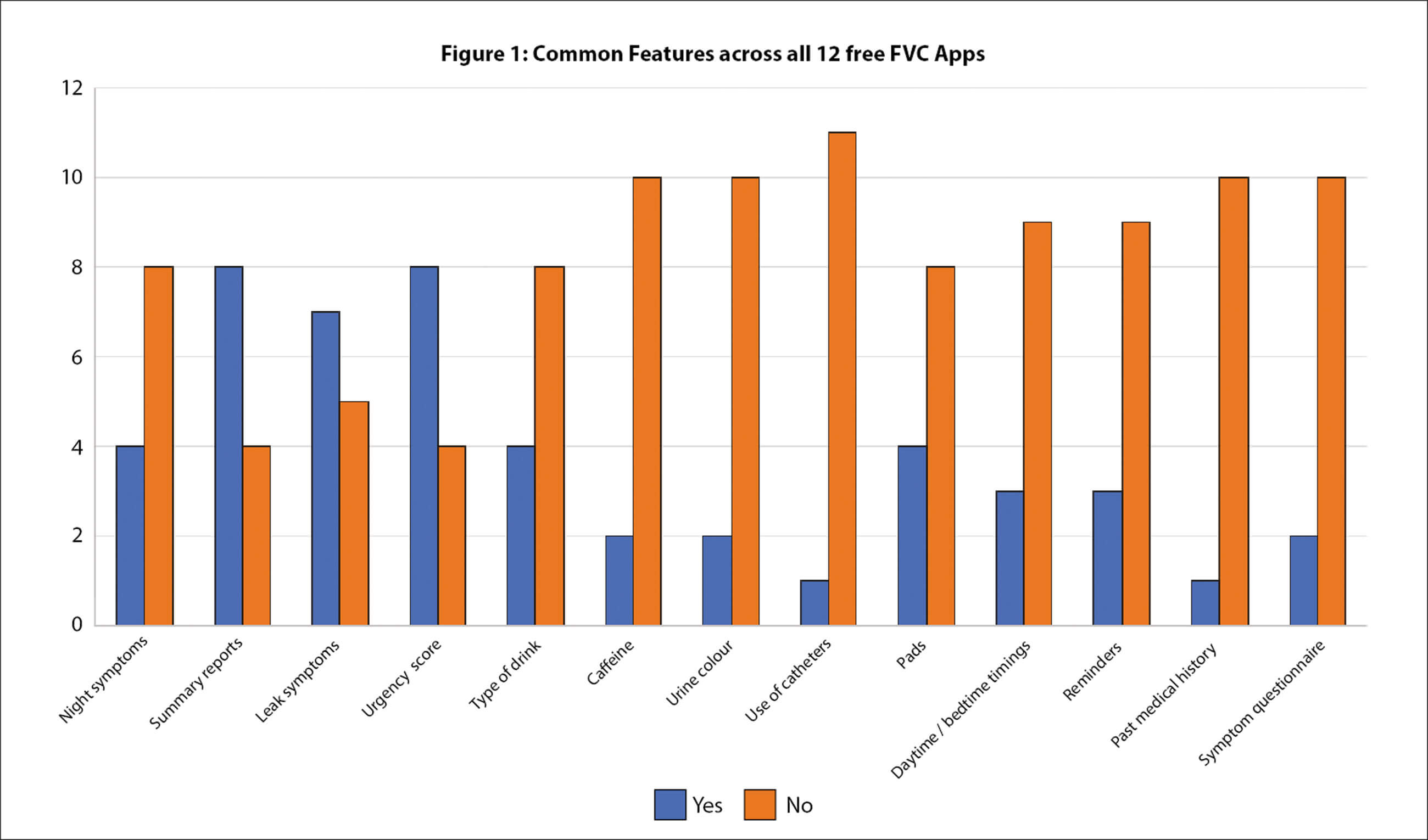 Of these four (iUFlow®, Blad.dr®, Vesica® and Volume Diary®), three assessed symptoms of incontinence and had urgency scores; only iUFlow® and Vesica® allowed customisation of type of fluid intake and sleep / wake times. Whilst all four produced summary reports, none had in-built questionnaires for the assessment of the causes of nocturia. Reports from iUFlow® were able to generate other useful data for nocturia assessment including maximal voiding volume (MVV), average night frequency, and nocturnal polyuria index (nPI). These additional data could better help urologists differentiate patients with either global / nocturnal polyuria and those with true bladder storage disorders, allowing for more effective individualised treatments.

It would seem to us that the apps created so far are mainly better suited for the analysis of daytime urinary symptoms. At the same time, nocturia is best assessed with a combination of a detailed sleep-frequency-volume chart and symptom questionnaires (for example, TANGO, STOP-Bang and others), aimed at the elucidation of the underlying cause(s) of this high prevalence and high bother urinary symptom.

We have addressed what we feel is a gap in the market by developing a free-to-use and advertisement-free FVC app (My Nocturia®) on both Android and iPhone platforms, designed specifically for analysis of nocturia. It incorporates a sleep-frequency-volume chart, symptom questionnaires, patient information leaflet and select customisable features, as mentioned above, to produce accurate reports for nocturia assessment.

Acknowledgement:
The data on apps is correct as of the submission date and may have changed subsequently.

Declaration of competing interests: Sergey Tadtayev is the designer of the My Nocturia app, the development of which is currently being finalised. 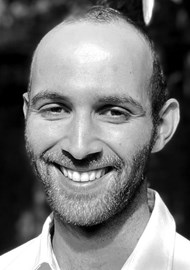 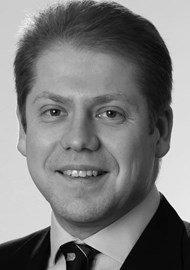