Imaging of varicoceles
By Jane Belfield

A varicocele is a collection of dilated, tortuous spermatic veins of the pampiniform venous plexus. It is seen in 10-15% of the general population and is associated with both primary and secondary infertility. A varicocele is the most common cause of correctable male infertility.

Patients are usually asymptomatic but may present with a painless scrotal swelling, scrotal pain or describe a ‘heavy sensation’, but a clinically asymptomatic varicocele may also be diagnosed during infertility investigations.

This article aims to outline imaging findings and briefly describe embolisation of varicoceles.

Varicoceles are graded according to physical examination, which is usually performed with the patient both in the supine and the erect position. Examination should be undertaken both at rest and during the Valsalva manoeuvre [1].

The grading system used by Dubin and Amelar is based on the clinical features during the examination [2]:

Ultrasound is the recommended first-line investigation as it is relatively quick, cheap and non-invasive [3]. Doppler ultrasound, used to assess flow, has a reported sensitivity of 97% and specificity of 94% for varicoceles [4]. However, a subclinical varicocele that is diagnosed by ultrasound is not sufficient evidence for treatment.

Unlike the physical examination most ultrasounds are performed with the patient in the supine position. However, some authors advise that they should also be assessed whilst the patient is in the standing position [5].

Other imaging modalities include venography, radionuclide tests and MRI, but these are not recommended in routine practice.

Blood vessels in the pampiniform plexus are usually no more than 1.5mm in diameter. Ultrasound of a varicocele will show dilated, tortuous tubular structures in the paratesticular region. They may be anechoic or contain echogenic material, depending on the speed of flow within the varicocele (Figure 1). The calibre of the vessels used to define a varicocele varies in the literature from 2mm to 3mm [6]. 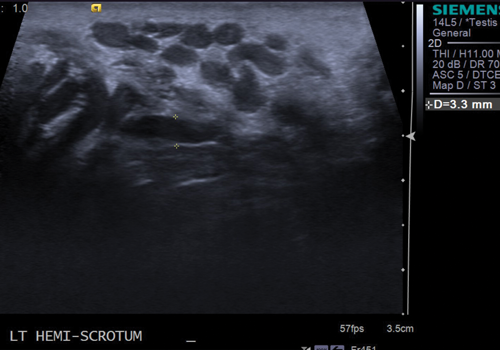 Figure 1: Ultrasound showing dilated, anechoic vessel measuring 3.3mm in diameter whilst the patient is at rest.
Some vessels contain internal echoes, due to slow flow within them.

If a varicocele is present, the vessels will enlarge and should demonstrate reversal of flow (Figure 2). 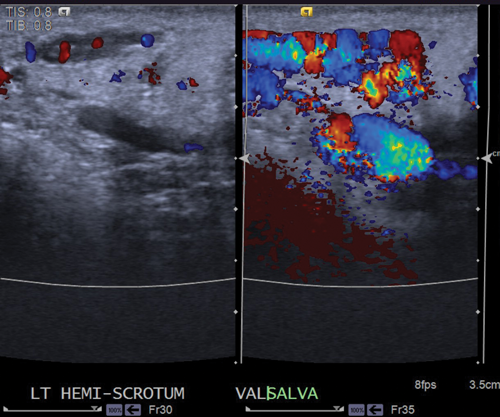 There are several systems for classification of varicoceles on ultrasound and many centres use the Dubin classification, which is based on findings with the patient scanned in the supine position:

When assessing for a varicocele on ultrasound, the main features to look for are: 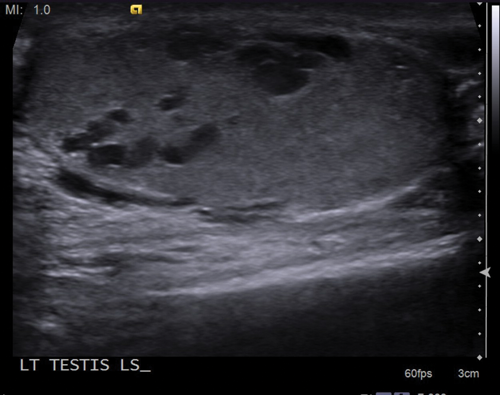 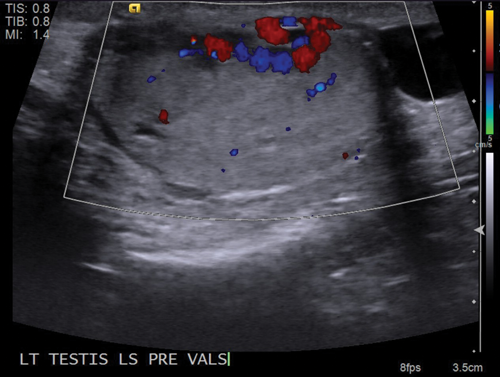 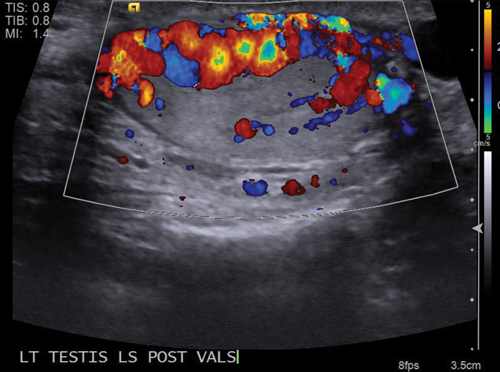 Figure 5: Vessels demonstrate marked enlargement and reversal of
flow when the patient performs the Valsalva manoeuvre.

Dilated intratesticular veins are seen, which are usually adjacent to the mediastinum testis. On grey-scale ultrasound, this will appear as an anechoic tubular structure, which may have a similar appearance to an intratesticular cyst or tubular ectasia (Figure 3) and it is imperative to apply Doppler ultrasound in order to assess for vascularity (Figure 4). The flow within the varicocele will again be shown to increase and demonstrate reversal of flow when Valsalva manoeuvre is applied (Figure 5).

Due to the insertion of the left testicular vein into the left renal vein, previously if a left-sided varicocele was diagnosed on ultrasound, many operators evaluated the left kidney at the same time to exclude a renal tumour. There is poor evidence to support the routine scanning of the left kidney in all patients with a varicocele.

Spermatic venography is usually reserved for patients who require surgical or radiological intervention and many varicoceles are now treated radiologically with occlusion of the internal spermatic vein. Treatment is usually only performed in patients who are symptomatic or who have been undergoing infertility investigations. There are no set radiological criteria for referral for treatment such as the calibre of vessels, and referrals are made on clinical grounds. Evidence shows that although markers of semen quality, such as sperm count, improve following treatment, the overall fertility rates do not improve. 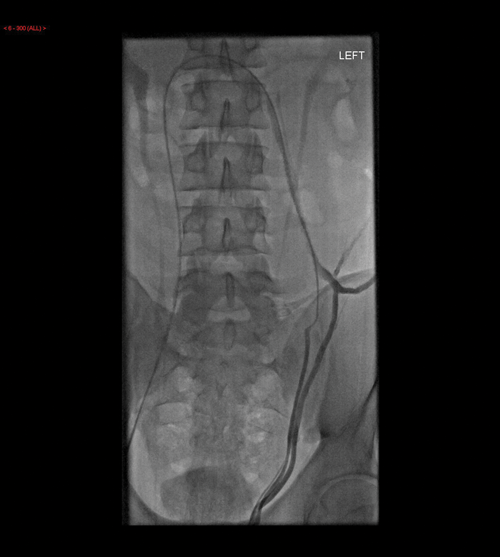 Figure 6: Static image showing the catheter in the left testicular
vein and contrast seen to outline the dilated vein. 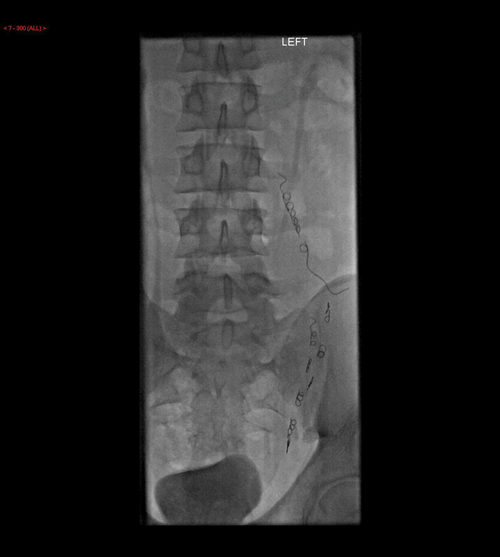 Figure 7: Multiple coils are seen within the testicular vein at the end of the procedure.

Possible methods of treatment include sclerosing agents, metallic coils and detachable balloons. This is minimally invasive and has a faster recovery time compared with surgical repair and can be performed under local anaesthetic. The left spermatic vein is cannulated (Figure 6) and coils, or other material to be used, inserted and then the vein is reassessed to ensure the varicocele has been treated (Figure 7). Five to ten percent of varicoceles recur after embolisation and therefore it is recommended that patients undergo a routine ultrasound in approximately four weeks to ensure the varicocele has not returned.

Ultrasound is the imaging investigation of choice for assessment of varicoceles. It should be remembered that a lot of operators do not assess the patient in the standing position, but instead use the Valsalva manoeuvre to assess for enlargement of the vessels and reversal of flow. 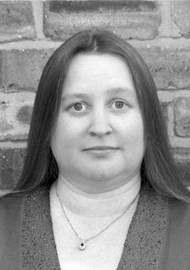