Pyonephrosis (Greek pyon ‘pus’ + nephros ‘kidney’) is defined in Campbell-Walsh Urology [1] as an infected hydro-nephrosis associated with suppurative destruction of the renal parenchyma which results in total or near total loss of renal function.

The true incidence of pyonephrosis is unknown but is an uncommon condition in adults and rarer but described in children and neonates [2].

Clinically it can be difficult to determine the difference between an infected hydronephrosis and a true pyonephrosis and prompt diagnosis and treatment are required to prevent sepsis, extravasation and parenchymal loss [3].

The risk of pyonephrosis is increased in patients with upper urinary tract obstruction secondary to various causes (stones, tumours, ureteropelvic junction obstruction) [4,5]. Predictors of developing a pyonephrosis include a long duration of symptoms, abnormal anatomy and critically the presence of renal calculi [6,7]. Immunosuppression due to drugs or disease (diabetes mellitus, acquired immunodeficiency syndrome and lymphoproliferative disorders) can increase the risk of pyonephrosis.

Treatment is rapid drainage by either retrograde stenting or percutaneous nephrostomy insertion with appropriate antimicrobial therapy. In severe cases that do not respond to conservative therapy, nephrectomy may be necessary [8].

Patients with pyonephrosis may present with a variety of clinical symptoms ranging from asymptomatic bacteruria (15%) to frank sepsis. The clinician should have a high index of suspicion when examining a patient presenting with fever, flank pain, urinary tract infection, and obstruction or hydronephrosis.

On examination, a palpable abdominal mass may be associated with the hydronephrotic kidney; rarely a pyonephrotic kidney can rupture into the peritoneal cavity, leading to peritonitis [9,10].

Initial work-up includes a complete full blood count, serum chemistry and creatinine, urinalysis with culture, coagulation profile and blood cultures if there is a high suspicion of pyonephrosis or the patient is septic [11].

A urine culture of the fluid above the obstruction must be obtained in order to guide antibiotic therapy either by aspiration from the ureteric stent at the time of retrograde drainage or from the percutaneous tube following nephrostomy placement.

Bacteriuria, fever, pain, and leukocytosis can be absent in 30% of patients with pyonephrosis; leukocytosis and bacteriuria, even if present, are therefore not specific for pyonephrosis and may be due to other causes such as pyelonephritis or an uncomplicated urinary tract infection. Pyuria is of course non-specific and a normal urinalysis could be secondary to complete obstruction of the infected portion of the collecting system.

C-reactive protein (CRP) value has been shown to be an important marker for pyonephrosis. In a study of 110 patients with renal colic [12], CRP levels greater than 28mg/l indicated the need for emergency drainage with a sensitivity and specificity of 75.8% and 88.9%. In a systematic review by Shaikh et al. in 2015 [13], the evidence for use of CRP to differentiate pyelonephritis from cystitis in children with urinary tract infections did not however support its routine use in clinical practice.

“The clinician should have a high index of suspicion when examining a patient presenting with fever, flank pain, urinary tract infection, and obstruction or hydronephrosis”

Aspiration of the collecting system under ultrasound or CT scan guidance followed by Gram staining and culture of the fluid provides a definitive microbiological diagnosis. The culture should be tested for aerobic, anaerobic, acid-fast bacilli (if suspicious) and fungal pathogens. The most common organisms involved are E. coli followed by Enterococcus, Klebsiella, Proteus and Pseudomonas [14].

Computer tomography (CT) is superior to ultrasonography in diagnosing pyonephrosis; the advantages include definitive delineation of the obstruction, a crude assessment of the function of the kidney, an assessment of the severity of hydronephrosis, as well as revealing other abdominal pathology, including metastatic cancer, retroperitoneal fibrosis and renal stones that are not visible on the sonogram [18].

CT attenuation values can be used to differentiate hydronephrosis from pyonephrosis. A retrospective review by Yuruk et al. showed that having a Hounsfield Unit (HU) of 9.21 or higher diagnosed pyonephrosis accurately with a sensitivity of 65.96% and specificity 87.93% [20].

Cova et al. reviewed the use of diffusion-weighted MRI which can distinguish between pyonephrosis and non-infected hydronephrosis. In pyonephrosis there are marked, hyper-intense signals in the collecting system corresponding to pus, while the hydronephrotic kidney without pus is hypo-intense.

A non-functioning kidney was defined as having paper-thin parenchyma on urinary ultrasound or CT with no contrast evident in the collecting system and having a split renal function of <10% on nuclear renal function studies [21].

Antibiotic therapy should be guided by cultures and local microbiology policy and resistance.

In the presence of infection and obstruction antibiotic penetration and efficacy can be impaired from the oedema and poor blood flow in the area and emergency drainage is therefore imperative.

Pearle et al. randomised 42 patients with an infected obstructed kidney to nephrostomy or retrograde stent [22]; there was similar efficacy between antegrade and retrograde kidney decompression. Their results demonstrated an increased incidence of bacterial urinary colonisation post-procedure in the nephrostomy group as compared to the stent group.

Goldsmith et al. studied 130 patients who underwent decompression for obstructing ureteral stone with nephrostomy or stent placement [23]. Patients who underwent nephrostomy placement had a longer hospital stay but other outcomes such as time to definitive stone management, rates of spontaneous stone passage and initiation of stone metabolic work-up were not statistically different. The authors noted that the method of initial decompression correlated with the eventual approach selected for definitive stone management. Patients treated with nephrostomy were more likely to undergo percutaneous management, while patients managed with ureteral stenting were more likely to be treated utilising a ureteroscopic approach. Larger stones, multiple comorbidities and severe sepsis favoured a nephrostomy as drainage.

The results demonstrated that stent utilisation was less successful when compared to nephrostomy insertion and there was a trend for longer antibiotic therapy due to persistent signs of urinary tract infection in patients who underwent stent placement.

Data on outcome following pyonephrosis is also sparse: traditionally, nephrectomy is considered for a kidney with a split renal function of less than 10% following decompression.

In an observational study on 14 patients with pyonephrosis, in 10 cases treatment consisted of primary nephrectomy; in three of these cases primary nephrostomy was performed with a positive outcome and in one case of renal failure treated with nephrostomy and conservative management the patient did not survive [25]. The author concluded that the optimal management was early detection and treatment of the mechanism of obstruction which was urolithiasis in 71% of the cases in the series. Conservative treatment was suggested in cases with a single kidney and poor performance status.

A retrospective analysis on 53 patients by Zhang et al. demonstrated improved split renal function following nephrostomy insertion for ureteropelvic junction obstruction in 56.6% (30 patients) [26]. Those who had the greatest benefit from pyeloplasty were young adults (aged between 18 and 35) showing a further improvement of the split renal function without secondary hypertension or urinary tract infection at 12 and 36 months.

Wagner at al. showed that the paediatric population benefits from early renal decompression and pyeloplasty even if the split renal function is less than the 10% [27]. This was supported by Aziz et al. in a small study of 12 patients (age range 35 days to 11 years) with kidney function less than 10% which initially had nephrostomy followed by an Anderson-Hynes pyeloplasty after four to six weeks [28]. All subjects demonstrated improvement in renal function at four to six weeks (more than 10%) after initial nephrostomy insertion. Furthermore, Zhao et al. [26] and Fink et al. [29] confirmed on animal models that renal function with complete ureteral obstruction could be restored to normal levels in the first week after obstruction, which indicates that the early GFR decrease is reversible.

The clinical presentation of pyonephrosis in older children is similar to adults with fever, chills, flank pain and tenderness associated with a previous history of urinary tract calculi, infection, surgery or malformation. Neonates with hydronephrosis may have a palpable abdominal mass, features of urinary tract obstruction or urosepsis. The causes of hydronephrosis in a neonate can be classified as obstructive and non-obstructive. The most common causes are pelvi-ureteric junction obstruction (50-60%), vesico-ureteric reflux (20-30%), vesico-ureteric junction obstruction, multicystic kidney and rarely, posterior urethral valves.

Paediatric urolithiasis has increased globally over the last few decades and now represents 2-3% of the total population of stone-formers which makes it a significant risk factor for pyonephrosis even in this age group [2].

Kidney-sparing treatment in the paediatric population should be considered after early renal decompression even with poor split function on a nuclear medicine scan [27,28].

Asymptomatic bacteriuria affects 2-10% of all pregnant women and approximately 30% of these will develop pyelonephritis if not properly treated [30]. Urolithiasis is the most common non-obstetric complication in the gravid patient with a prevalence of kidney stones in pregnancy of 1:200 [31].

The diagnosis of pyonephrosis in pregnancy is similar to non-pregnant women but it is important to remember that physiologic hydronephrosis may be as high as 90% on the right side and 67% on the left side. [32].

Ureteric stents and percutaneous nephrostomy drainage are considered equally safe and effective in pregnancy. In a study of 26 pregnant women with urolithiasis, 7 out of 15 women with stents required early induction secondary to stent intolerance [33].

The risk of stent encrustation is however greater due to the altered urinary environment, especially the hypercalciuria seen in the second and third trimester causing re-obstruction and further complicating surgical management [34]. Based on this, stents require exchange every four to six weeks in the gravid patient.

Nephrostomy drainage has similar complications to a ureteral stent insertion including bacterial colonisation and encrustation but the percutaneous tube is also subject to inadvertent dislodgement, causing more pain and the need for further intervention. Nephrostomy placement has also been associated with an increased risk of sepsis [35].

In a retrospective analysis by Collins et al. on 30 women who underwent nephrostomy insertion during pregnancy (mean gestational age 25 weeks) 17 patients required drainage for renal calculi or pyelonephritis [36]. The mean number of tube changes during pregnancy was 4.6 with 10 patients requiring tube changes at one to two weeks intervals until delivery. While three premature births were recorded (12%), caesarean section was performed in 14 of 25 (56%) patients.

The authors concluded that the high rate of caesarean section emphasises the need for multidisciplinary care in this patient population and appropriate discussions and counselling must take place before considering nephrostomy tube placement.

Stone disease is the main aetiological factor in up to 70% of patients with pyonephrosis. Conservative treatment with antibiotics and prompt drainage of the system is the standard of care followed by an assessment of split renal function when the acute problem has settled. Renal function recovers better in young adults and children. 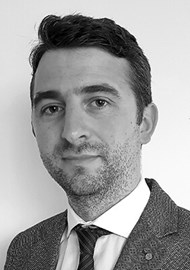 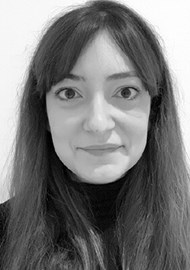