The expanding indications for ureteroscopy – ad maiora!
By Lily Whitehurst and Bhaskar Somani

The management of urolithiasis is becoming a Herculean task for healthcare providers worldwide. The incidence of stone disease is rising, with predicted lifetime risk of 12% in males and 6% in females [1]. This rise relates to both improving imaging modalities and factors which preclude stone formation including obesity and metabolic syndrome.

The Western diet generally contains high amounts of sodium, sucrose and animal proteins which all contribute to stone formation [2]. This is coupled with climate change and inadequate hydration. Furthermore, recent technological advances have amplified our ability to detect even incidental stones.

With the soaring numbers of stone formers, there has been a concurrent increase in the workload for endourologists. This is reflected in the global trends of ureteroscopy (URS) which have risen by 252% in the last two decades [1]. The introduction of the Holmium laser, and its new techniques of stone fragmentation, such as dusting and pop-dusting [3], means a wider range of stones can now be treated via flexible ureteroscopy and laser stone fragmentation (FURSL).

The aim of this article was to examine the current literature with regards to the use of ureteroscopy in challenging cases of stone disease, including: large stones (>2cm), children, elderly patients, pregnancy, obese patients, patients with a solitary kidney, bilateral stone disease and patients with bleeding diathesis. We also summarise the efficacy and complications of URS in these specific cases.

In Table 1, we summarise key systematic reviews for each of these specific patient groups. We have included the average stone free rates (SFR) achieved, complications encountered, and important take-home learning outcomes.

Table 1: The expanding indications for ureteroscopy

Indication: Stones in patients with a solitary kidney [9]

The systematic review and meta-analysis by Geraghty et al. [4] included 12 articles with a total number of 651 patients (mean age of 53.6 years). They found a stone free rate of 91% for a mean stone size of 2.6cm and it took an average of 1.5 procedures per patient to achieve this. The overall observed complication rate was 8.9%, 55% of which were minor complications such as haematuria, urinary tract infection (UTI) with mild pyrexia and postoperative pain, with no deaths reported in the review. The authors concluded that URS showed good SFR with low complication rates for large stones.

The review by Ishii et al. [5] included 14 articles with 1664 patients (mean age of 7.8 years). The stone free rate was 86.3%, and the complication rate was 10.6%. Of these, 64% were minor complications, and 37% were major, including ureteric perforation, stone migration and ureteric strictures. The failure to complete the initial URS procedure was 2.2% and a higher failure rate (4.4 vs. 1.7%) and a higher complication rate (24.0 vs. 7.1%) were observed in children whose mean age was less than six years.

Prattley et al.’s article [6] included a review of six articles (560 patients) of URS in patients over 60 years. The mean patient age in these studies ranged from 65.1 to 79.4 years. The final SFR ranged from 66% to 97%. Overall complication rate was 12.3% but interestingly this cohort of patients had the lowest rate of major complications (only 7%) and included no deaths. The mean operative time was just over an hour, which may suggest that surgeons opted for shorter procedures in this co-morbid patient group.

The 2014 review by Ishii at al. [7] included 21 articles (271 procedures) with a mean age of 27.4 years, and the majority of women were in their second or third trimester. The mean stone size was 7.6mm with a SFR of 85%. Fluoroscopy was used in <25% patients. The complication rate was 11.4%, the majority of which were non-obstetric complications. There were no maternal or foetal deaths with authors concluding that URS in pregnancy was a safe and effective procedure.

The Ishii et al. review from 2016 [8] included 15 articles (835 patients) with a mean age of 49.1 years. The mean BMI of the included patients was 40.5kg/m2. The overall stone free rate was 82.5%, ranging from 33% to 100%. The complication rate was 9.3%, with the majority being minor (88%) complications. The authors split the complication rates, and found that the morbidly obese cohort had higher complication rates than the obese patients, however no deaths were related.

Stones in patients with a solitary kidney

The review by Pietropaolo [9] comprised 12 studies (696 patients). The mean stone size in these patients ranged from 10 to 27mm. The SFR of 85.2% was achieved with an average of 1.2 procedures per patient. This patient cohort showed the highest complication rate of 16.4%, however 89% of these were minor complications. The major complications (11%) included: ureteric perforation, avulsion, steinstrasse and septic shock. The authors concluded it was a safe, reliable and efficient technique in solitary kidney patients.

The systematic review and meta-analysis by Sharaf et al. [10] had a total of eight articles (1109 patients). They found a SFR of 90.8% with a complication rate of just 6%. Only 5% of these were major complications: two anti-coagulated patients with haematomas requiring embolisation and one ureteric perforation. Although the overall complications were similar in these patients compared to controls, bleeding complications were higher in patients with bleeding diathesis. A patient-centred approach should therefore be taken with regards to continuing these agents or not correcting bleeding diatheses prior to URS.

With the increased stone burden, simultaneous ureteroscopic procedures are being used in patients with bilateral stone disease. A 2017 review by Geraghty et al. included 11 studies, with a total of 491 patients. The mean age of patient was 44.7 years, and the mean stone size was 15.3mm. They reported a high SFR (92%) and a complication rate of 25.6%. The authors concluded that bilateral URS was efficacious and generally safe, but in high volume centres with experienced surgeons.

We have provided a brief update of the current literature available for the broadening indications and usage of URS in stone disease. We analysed the SFR and complication rates in over 6000 patients. In summary, our review shows that the SFR varies from 82.5 to 92% in these groups and the complication rates ranged from 6-25.6%. The patients undergoing bilateral procedures had better stone free rates, but at the expense of higher complication rates and this cohort was the only one to include a mortality. However, the overall complication rates were lower than that of staged procedures for bilateral stones. To conclude, ureteroscopy appears to be a safe and efficient method for treatment in complex patients or with complex stone disease. 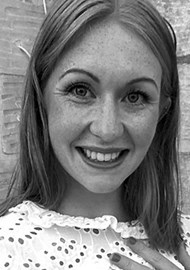 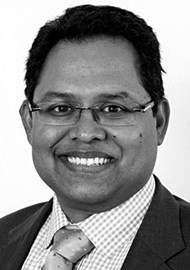