Acute renal colic is a common emergency condition, which can arise from a variety of underlying conditions that affect the urinary tract, but it is usually associated with the passage of ureteral stones. Before considering expectant management or active intervention, rapid and effective analgesia should be provided as initial treatment [1,2]. Observation and adjunctive pharmacological therapy can save the patient an invasive surgical intervention, as well as significant cost, but can also result in complications like infection and renal function deterioration [1,2].

The majority of stones are expelled spontaneously within four to six weeks and stone passage rates increase with decreasing stone size [1,3]. Despite the limited data regarding spontaneous stone passage rates, the majority of stones <4mm, especially those located in the distal ureter, pass spontaneously within 40 days, and the proportion of patients needing early intervention increases with increasing stone size [2,4]. Therefore, observation with medical therapy and periodic follow-up may be an appropriate initial treatment for most patients with symptomatic ureteral stones <5mm with adequately controlled pain and absence of complications such as infection or renal function deterioration [1,2]. Conversely, active intervention is indicated for stones with low likelihood of spontaneous passage or which fail to pass within four weeks of initial observation, for persistent pain despite adequate analgesia and persistent obstruction with or without renal function damage [1,2,4].

Adequate analgesia and hydration are the initial therapeutic step in patients with an acute stone episode. In the absence of contraindications, non-steroidal anti-inflammatory drugs (NSAIDs) such as diclofenac, indomethacin or ibuprofen, are recommended as first-line therapy [2]. Opioid analgesics have lower analgesic efficacy compared to NSAIDs and increased rate of adverse events, such as nausea and vomiting [2,5]. The addition of antispasmodics to NSAIDs is not superior to NSAIDs alone [6]. Except for pain relief, another important advantage of NSAIDs is their potential for reduction of recurrent renal colic episodes and hospital readmissions [7].

Renal colic is usually associated with nausea and vomiting which can lead to dehydration. As patients are often unable to tolerate oral liquids, intravenous hydration is an important adjunct to initial therapy. Traditionally, the treatment of patients with acute renal colic included aggressive oral or intravenous hydration to promote stone passage [8]. However, some authors failed to demonstrate a benefit of increased hydration for the spontaneous passage of ureteral stones and support minimal hydration to avoid volume depletion and exacerbation of renal colic [9,10]. A recent Cochrane review evaluated the advantages and disadvantages of diuretics and high volume hydration in conservative renal colic treatment, but found no reliable evidence to support their use due to the considerable risk of bias in the studies [11].

The use of pharmacological agents to facilitate spontaneous stone passage is recommended as part of the routine expectant management of ureteral stones in patients with well controlled pain, no evidence of sepsis and adequate renal function reserve [1,2]. Various classes of drugs, such as α-adrenergic receptor blockers, calcium channel blockers, anticholinergics, corticosteroids, natural terpenes, influencing different pathophysiological mechanisms, have been investigated as MET. To date, α-blockers and calcium channel blockers have been evaluated extensively and are increasingly used as MET, although not licensed for this indication.

“The use of pharmacological agents to facilitate spontaneous stone passage is recommended as part of the routine expectant management of ureteral stones.”

The rationale for using α-adrenergic receptor blockers as MET is based on the detection of α-receptors in ureteral smooth muscle cells. Among the many α-adrenoceptor antagonists available, a number of randomised controlled studies have evaluated the efficacy and safety of tamsulosin, alfuzosin, doxasozin and terazosin in the expulsion of ureteral stones, suggesting a class effect [12-15]. Several meta-analyses have investigated the efficacy and safety of α-blockers and calcium channel blockers in ureteral stones and found an overall benefit for stone expulsion using an α-blocker or nifedipine compared to standard therapy or placebo control group [15-17]. However, a recently published randomised study on a large number of patients, reported no statistically significant differences in stone passage rates between tamsulosin, nifedipine and placebo and these findings were consistent across subgroups of stone size and location [18].

Anticholinergics, corticosteroids and natural terpenes have also been proposed as an adjunct to α-blocker therapy. The anti-inflammatory effect of corticosteroids to facilitate stone passage has been investigated in studies, which found that the addition of corticosteroid to α-blocker therapy offers a small benefit in stone expulsion [17,19]. The use of antimuscarinics is currently not recommended for MET as there is no additional benefit in stone passage rates either for tolterodine alone or in combination with tamsulosin [20]. Rowatinex® as a terpene combination has been shown to facilitate stone expulsion as a primary option or following shock wave lithotripsy (SWL) [21]. However, stone expulsion rates of Rowatinex® are inferior when compared to tamsulosin [22].

The use of MET following endourologic procedures has been shown to reduce renal colic episodes and improve stone-free rates [24]. Furthermore, several studies have demonstrated the beneficial effect of α-blockers and antimuscarinics on symptoms and quality of life of patients with indwelling ureteral stents following ureteroscopy [25].

Adverse events and duration of MET

The duration of MET ranges between two and four weeks and treatment is generally well tolerated [12-14]. Most adverse events are mild and reversible after discontinuation of medication and drop-out rates are very low [15,16].

The objectives of conservative treatment of renal colic are to provide analgesia and facilitate stone passage, while preventing recurrent pain episodes and complications from obstruction. Non-steroidal anti-inflammatory drugs (NSAIDs) are the recommended first-line treatment as they provide effective analgesia in acute renal colic. Currently available evidence suggests that MET, as a primary treatment option or following SWL, increases the spontaneous stone passage of ureteral stones <10mm. Even though the benefits of MET have been recently challenged by a large multicentre trial, further studies are required to confirm these results. 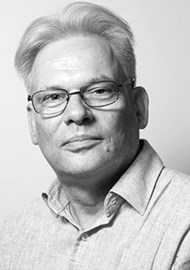 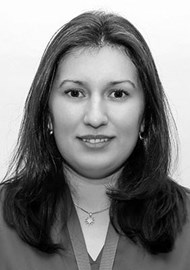 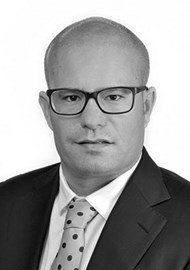 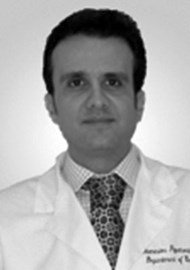