In this article I will be taking you back to the very beginnings of BAUS, actually a little over 75 years ago, when the first ideas of a new, national, urology society were mulled over by a group of surgeons who claimed a special interest in urology, in a room, in a house, in wartime London.

On the evening of Monday 11 December 1944, six men were making their way through the streets of west London towards Weymouth Street, off Harley Street, the doctors’ area of London. The Second World War was still raging in Europe and the Far East and although the London Blitz was over, V2 rockets could still fall as silent death at any time. It was dark; the London blackout was still in force, although since September that year, some restrictions had been lifted and it was now called a Dim-Out. The cars, buses and taxis still drove with dimmed slit headlamps and although early December had been mild, the temperature had dropped and the London fogs were thickening. 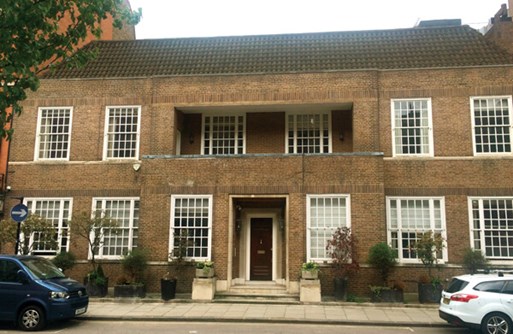 The men were heading to 22 Weymouth Street (Figure 1), the house of Eric Riches (1897-1988), a London surgeon (Figure 2); all the men had an interest in urology. Terrence Millin (1903-1980), an Irishman who worked at All Saints’ Hospital in Pimlico, a specialist urology hospital, was an expert in urinary incontinence and transurethral resection of the prostate (TURP). 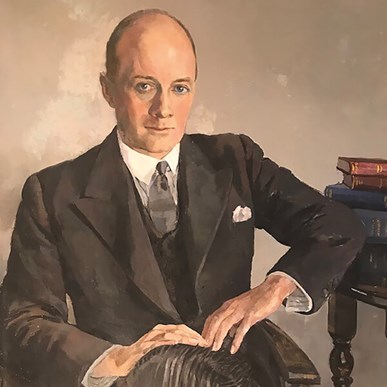 Although wartime restrictions had robbed him of his high-powered diathermy machines and he was forced to revert to the old Freyer open prostatectomy. In a year’s time he would publish his own new method of retropubic removal of the prostate and change the urological world. Clifford Morson (1881-1975) had been House Surgeon to Sir John Bland Sutton at the Middlesex and Sir Peter Freyer at St Peter’s Hospital for the Stone. He subsequently became a surgeon there himself in 1919 joining Freyer, Sir John Thomson-Walker, John Swift Joly and Swinford Edwards, all urology greats. He had already been the President of the Urology Section of the RSM in 1933 and was a pioneer in radiation for urological malignancy. Horace Powell Winsbury White (1889-1962), was born in New Zealand and trained in Edinburgh, then moved to London where he was House Surgeon to Clifford Morson at St Peter’s. He subsequently became surgeon to St Paul’s Hospital for Genitourinary Diseases in 1925.

In 1929, with the help of Frank Kidd, who had set up the GU department at The London Hospital, he launched the British Journal of Urology (BJU). Ronald Henry Ottywell Betham Robinson (1896-1973) always written as RHOB Robinson, but known to his friends as Joey, was a surgeon at St Thomas’s with a strong interest in urology. He designed his own style of prostatic punch in 1939. Farquhar McGillivray Loughnane (1885-1948) was, like Millin, of Irish stock and a surgeon at All Saints’ Hospital, as well as holding appointments as urologist to many other London hospitals. Loughnane was known for his radical approach to surgery for TB of the urinary tract. Finally, Ronald Ogier Ward (1886-1971). Ward was an officer in Royal Army Medical Corps (RAMC) and was Consulting Surgeon to the Army in East Africa. In the First World War he had been an artillery officer in the Honourable Artillery Company and guided his battery out of no-mans-land and to safety, helping to thwart the final German advance of 1918; he won the Military Cross, Distinguished Service Order and was mentioned in dispatches. In the current war, unhappy at being confined to the London Emergency Medical Service, he had re-joined the RAMC and crossed to France with the British Expeditionary Force.

Following the German invasion of Belgium and France, he found himself and his Ambulance Unit still in France after the evacuation of Dunkirk. He guided his unit down to St Malo to escape on the SS St Briare; he won the OBE for gallantry. It was this man, with his attention to detail and fantastic organisational skills, honed by war, who was the driving force behind this meeting (Figure 3). 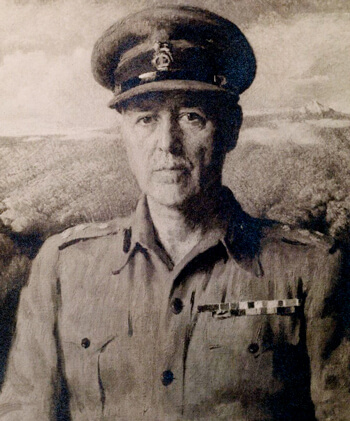 The men gathered at the house of Eric Riches, later Sir Eric, another surgeon with a passion for urology and another winner of the Military Cross in the previous war. A surgeon at the Middlesex he had been House Surgeon to Sir Gordon Gordon-Taylor and was a general surgeon but with very much a specialist interest in urology, in particular renal and bladder cancer.

Number 22 stands out on Weymouth Street, architecturally different to its surroundings, a beautifully symmetrical 1934 building, designed by Sir Giles Gilbert Scott, a mix of traditional and modern architecture. Scott, whose father designed St Pancras station, also designed Liverpool’s Anglican Cathedral and red telephone boxes. Our urologists would have walked through the marble floored hall (with rather modern under floor heating); if the wireless was playing, the evening concert that day on the BBC Home Service was the Sonata in A by Mozart and Sonata in G by Brahms. To the left and into the drawing room, it is likely that they would have gathered around the huge table in the dining room at the back of the house, which, in the daytime, also served as the private patients’ waiting area; 22 Weymouth Street was also Eric Riches’ private practice.

The men planned an association to promote the general interests of the practice of urology. In the immediate future one of its most important functions would be to represent urology as the new NHS was formed. Ogier Ward had been involved with early discussions on the NHS while he was still serving overseas. They composed a letter to send to 29 surgeons whom they knew had an interest in urology. Twenty-seven replied, all but two were in favour and even these were open to persuasion.

An inaugural meeting was held in the Royal College of Surgeons of England on 17 March 1945. Ogier Ward was elected President of the new association, which was to be called, The British Association of Urological Surgeons (Home and Overseas). Its purpose would be to promote a high standard in the practice of urology and membership would be confined to those engaged in the practice of urological surgery.

It was agreed that the first Annual Meeting would be on 29 June 1945. The annual subscription for members would be three guineas; this included the subscription to the BJU.

Next time you are in London, around the Harley Street area, walk down Weymouth Street and stop across from number 22; this is the birthplace of BAUS.

I am very grateful to Ms Jennifer Wright, daughter of Sir Eric Riches MC, for describing the layout of her childhood home.