An old resectoscope in a wooden case
By Jonathan Charles Goddard

In the last article I said I would write about a particular artefact from the museum. One of our latest acquisitions is an old resectoscope in a wooden case (Figure 1). I want to use this month’s article to explain how a single artefact in the museum can be linked to various aspects of urology history. 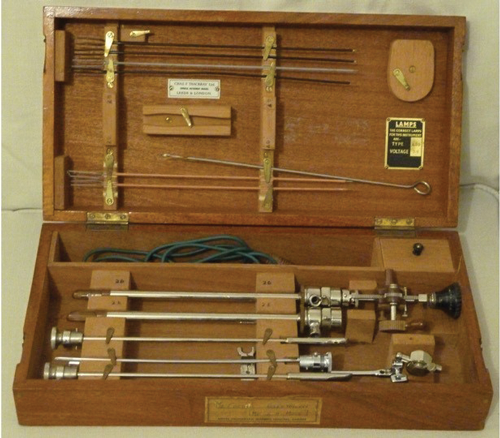 Figure 2: Label on the case (Courtesy of Museum of Urology).

According to the old label pasted onto the wooden case, the instrument is a McCarthy resectoscope used by Mr RA Mogg in the Royal Hamadryad Hospital in Cardiff (Figure 2). After further examination it soon became clear that it was actually a Millin resectoscope from the 1950s or 1960s. It was manufactured by the Charles Thackray Instrument Company based in Leeds.

The first resectoscope was designed by Maximilian Stern (1843–1946) of New York in 1926. This allowed him to carry out early transurethral resections of the prostate (TURPs) but the undamped radiofrequency electrical cutting current didn’t coagulate well so bleeding was a problem. In 1931, Theodore Davis (1889–1973), a South Carolina Urologist with a background in electrical engineering, invented his own resectoscope with both cutting and coagulation current diathermy. In the same year Joseph McCarthy (1874–1965) combined Stern’s resectoscope, Davis’s dual current and his own excellent panendoscope to produce a practical and usable instrument. The Stern-McCarthy resectoscope soon became the choice of urologists worldwide and TURP took off.

Millin and the Millin resectoscope

Terrence Millin (1903–1980) was born and trained in Ireland. He subsequently worked with Edwin Canny Ryall (1865–1934) at All Saints Urology Hospital in London. Canny Ryall was a pioneer of TURP in Great Britain and trained Millin. Canny Ryall was a great advocate of transurethral, minimally invasive surgery and had already treated patients by coagulating their prostates with a Collings electrotome. Following the introduction of the Davies and McCarthy resectoscopes in 1931 Canny Ryall was keen to try them and it is likely that he carried out the first TURP in Great Britain in October of that same year.

It was common for surgeons to adapt new instruments adding their own small changes and modifications. Surgeons often collaborated with favourite instrument companies and the modified instrument took on the name of the (usually well known) surgeon, soon appearing in the company catalogue. Both Canny Ryall and Terrence Millin adapted the Stern-Davis-McCarthy resectoscope. In the Canny Ryall resectoscope, the telescope moved simultaneously with the cutting and coagulating loops, so they were both under continuous vision. With Millin’s instrument, the telescope could either be locked in a fixed position (as in the original McCarthy one) or moved with the cutting or coagulating loop (as in the Canny Ryall resectoscope). Also, there was a rotating two-way irrigating tap and deflector in the beak, which placed the loop behind the obstructing tissue before cutting (Figure 3).

Chas F Thackray Ltd was established in 1902 in Leeds by Charles Frederick Thackray, a Pharmacist and Henry Scurrah Wainwright an Accountant. The pharmacy was on George Street near the Leeds General Infirmary and also close to the Women’s and Children’s Hospital. These hospitals and the nearby private consulting rooms and nursing homes all needed sterilised equipment and bandages for the relatively new practice of aseptic surgery and in 1906, Thackray bought a steriliser. By 1908 they were selling instruments but these were made elsewhere, for example, Selby’s in London. It was Lord Moynihan, the famous Leeds surgeon who suggested to Thackray that he start making his own. In the 1950s the company took over the London based British Cystoscope Co. Our resectoscope is likely to date from around this time. 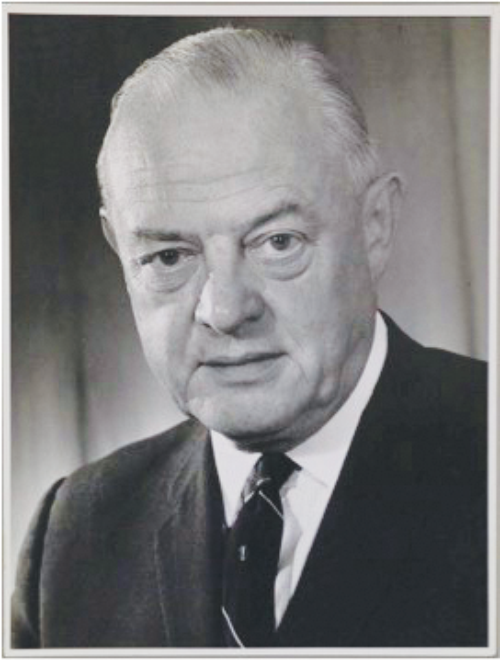 Richard Arthur Mogg (Figure 4) was born on 2 September 1911 in Cardiff. He trained at the Welsh National School of Medicine qualifying in 1935 with a handful of prizes. He was awarded his FRCS in 1940.

During the Second World War Mogg was a surgeon in the Royal Naval Volunteer Reserve. He served as a urological specialist abroad and on the home front. In 1945 he was awarded the Volunteer Reserve Decoration (VRD).

In 1946 he became a Consultant Urologist in the United Cardiff Hospitals founding the Urology Department at the Cardiff Royal Infirmary. He also was consultant to the East Glamorgan Hospital, the Brecon Hospital and the Royal Hamadryad Hospital.

Mogg’s research interest was in the use of the colon for urinary diversion. He was a great supporter of urology as a separate speciality, at that time still not universally accepted. He was President of BAUS in 1974 and also President of the Urology Section of the Royal Society of Medicine. In 1977 he was made a Knight of the Order of St Sylvester, a Papal Knighthood. Mr Mogg died on 13 June 1980 at the Cardiff Royal Infirmary.

This hospital in Cardiff took its unusual name from a ship. HMS Hamadryad was a 46 gun frigate, a wooden fully rigged Man-O-War from 1823. By 1866 her time as a warship was over and she was taken to Cardiff and beached on the attractively named Rat Island to serve as a hospital ship for local seamen (Figure 5). The town’s medical officer, Dr Henry Paine, was worried about the potential disease that sailors were bringing into Cardiff and so the town paid £2791 to have the old ship fitted out as a hospital. In 1905 a new hospital was built on land and took on the old ship’s name. It remained a seaman’s hospital until 1948 and continued as a hospital under the National Health Service. It later became a psychiatric hospital, finally closing in 2002.

I hope that you can see that this old resectoscope in its wooden case, thrown out of the theatre, left in an attic and then sold on eBay for a few pounds is now a valuable piece of urological history. In itself it is just an old medical instrument but as part of the Museum of Urology it has become a way of telling the stories of the TURP, two famous urologists, both past presidents of BAUS, a hospital in Wales that cared for thousands of sailors then the local people of Cardiff, and an instrument company that supported surgeons and urologists for many years. In the next article I will be looking at another old urological instrument recently acquired for the Museum of Urology; one that, until I found it, I had never heard of.