Artists in urology
By Lucy Brooks and Jonathan Charles Goddard

In this series of articles I am going to show you some of the exhibits contained in the Museum of Urology, hosted on the BAUS website (www.baus.org.uk/museum).

For July/August 2021, I’m joined by Lucy Brooks, Urology Trainee, who was keen to look at some surgeons from the history of urology, who were also talented artists. Studying early medical books, one would think the illustration of detailed medical observations and procedures could have only been made by the hand of an artist.

Such are the proportions and attention to detail, it would not be unrealistic to think the illustrations could have only been produced by a creative mind. However, in this article we look at three well-known surgeons, who prove this not to be the case.

Our first subject, Sir Charles Bell (1774-1842), had a particular ability and flair for art, perhaps due to the majority of his early years being influenced by his mother, who brought Bell up after the passing of his father at five years of age. Charles’ mother inherited her own artistic abilities from her Grandfather, Bishop White, Primus of Scotland. 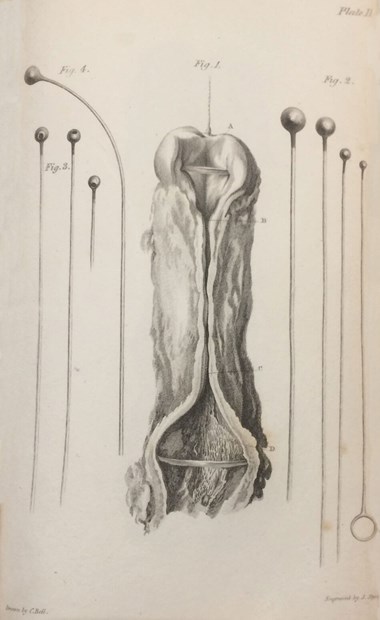 Figure 1: Urethral stricture surrounded by the bougies used to diagnose and treat it.
Engraved by Charles Bell’s, Letters on Urethral Diseases, 1810.

As a young gentleman, Bell attended the University of Edinburgh, where his foundations of anatomy and dissection were established while assisting his older brother John, as a surgical apprentice. Bell had hoped to apply his passion for art by using autopsies to draw informative specimens for others. However, he was declined these privileges, even in light of his offerings of money, wax models and anatomy subjects to the Faculty of Medicine. Neither Charles nor his brother John were granted operating rights at Edinburgh Infirmary, which seems puzzling considering John’s technical prowess and national recognition in the field of anatomy and surgery. Charles’ natural talent and flair as an artist came through whilst working on a set of four books with his brother called The Anatomy of the Human Body. Even though this was a joint project, Charles completed two volumes on his own merits, boasting both his own writing and illustrations. Bell worked before specialisation and was not a urologist (there was no such thing), but he studied stricture disease publishing a beautifully illustrated book (Figure 1). He also painted a series of lifelike and haunting images of soldiers wounded in the Napoleonic War (Figure 2). 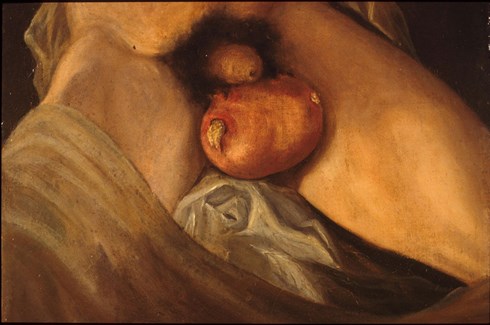 Figure 2: Musket ball wound to the Scrotum, by Charles Bell.
With permission of the Royal College of Surgeons of Edinburgh.

The qualities that Bell displayed – academia, illustrator, and innovator – were also demonstrated by Sir Henry Thompson (1820-1904). Thompson was a polymath, having many interests and excelling at all. He was widely regarded as an excellent surgeon, having gained fame for removing the bladder stone of Leopold, King of Belgium, and although the field of urology was still not considered a speciality in its own right, he is sometimes described as the first British ‘Urologist’.

At a young age Henry showed little signs of artistic talent, but it was unlikely he would not inherit some skills from his Grandfather Samuel Medley, a well-known artist. Even Thompson acknowledged ‘”it was many years later before I came into my inheritance in the possession of a colour sense, and the great enjoyment that followed it”.

When Thompson embarked on a career in medicine, he found his drawing ability to be very useful. He came to meet a young artist called Jerry Barrett (1824-1906), who imparted his advice on making rough sketches more suitable for the illustration of dissection study. Thompson was recognised for his essays and illustrations by the Royal College of Surgeons with two Jacksonian prizes. Thompson went on to study under the instruction of Lawrence Alma-Tadema (1836-1912) and Alfred Elmore (1815-1881), among others. Alma-Tadema, a pre- Raphaelite artist, was formerly a patient but later became a firm friend. He frequently travelled with artists, from whom he gained a good understanding of structure, colour, proportion and composition. He also acquainted the friendship of John Everett Millais, 1st Baronet (1829-1896), who was a founder of the pre-Raphaelite brotherhood and considered a child prodigy, being accepted by the Royal Academy at the age of 11.

Millais later produced a fine portrait of Thompson, depicted as a distinguished man of science. When the painting was presented to the Academy in 1882, it was said to be an “absolute likeness”. The gesture was reciprocated by Thompson, who skilfully painted Millais whilst on holiday in Essex. Both were very much modern Victorians and men of their day. Public recognition of Thompson as an artist as well as a urologist is seen in the Punch cartoon in Figure 3. 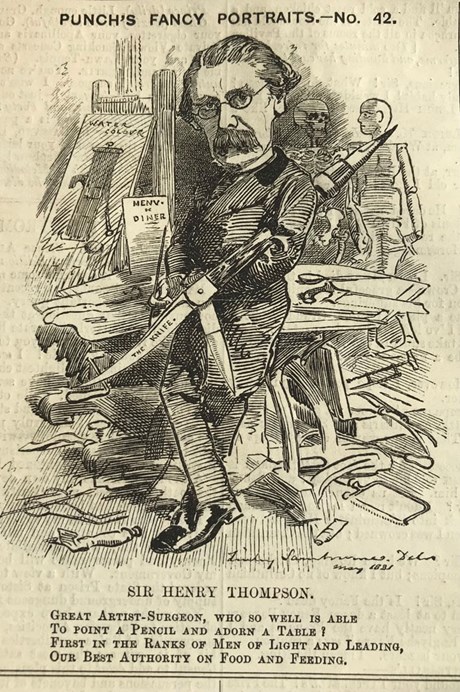 When one observes Henry Thompson’s prowess as an artist it is easy to recognise his achievements. His first submission to the Royal Academy in 1865, ‘The Crysalis’, was focused on anatomy. He went on to exhibit another 12 paintings, and demonstrated a shift in focus over time as he branched into landscape pieces.

Thompson would spend his annual holidays visiting the continent, taking time to appreciate local art galleries, observing different styles and experimenting with different mediums. As his wife was too unwell, he travelled with his daughter Kate; he wanted to educate her and bring out her artistic ability. They spent a great deal of time travelling together and making notes which were later formed into a book by Kate, called A Handbook to the Picture Galleries of Europe.

The trend of surgeons and urologists having an artistic flair has continued; our last subject is John Peter Blandy (1927–2011), who was a Professor of Urology at the Royal London Hospital. He was an outstanding urologist, and a surgeon with great abilities. He determinedly campaigned to encourage transurethral resection of the prostate (TURP) in the UK, and although this was not always welcomed by his “seniors and betters”, the re-introduction of TURP by Blandy truly revolutionised urology. Blandy was a very able teacher, he had excellent communication and conveyed his teaching to a wide audience both nationally and internationally. He published books and illustrated them; he was a skilled artist and writer, and it was also said that he could have quite easily pursued a career in art or sculpture. He was a member of the London Sketch Club and part of the Medical Art Society (Figure 4). In 1995 he was given a CBE for his contributions to surgery. Like Bell and Thompson, he was a polymath, gifted and interested in many different areas. 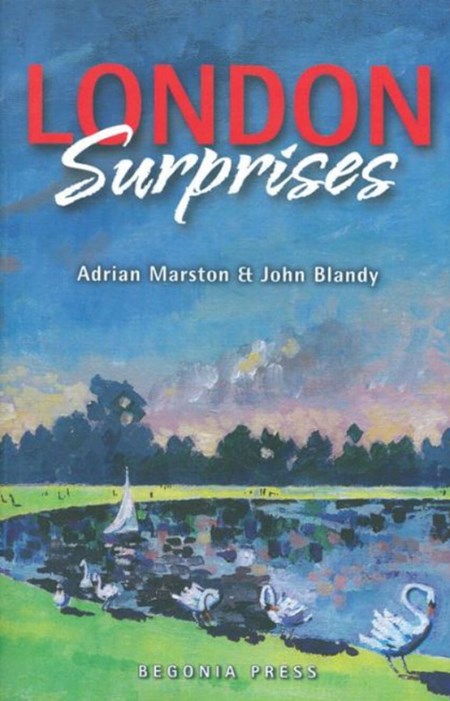 Figure 4: Cover of a book of London scenes by Adrian Marston,
watercolours by John Blandy.

I think that, from what we can observe, the pursuit of surgical academia is not wholly a scientific one. Many surgeons were also eloquent and artistic, which was not always a reflection of how society viewed them. One does not have to think too hard to understand that many likened them to butchers, owing to the art of dissection being bloody and vulgar. Perhaps we should not be surprised by the findings that many surgeons were such accomplished artists, as good dexterity and hand to eye coordination are the foundations of the craft. It is good to see that artistic talent in urologists is not just historical; the Museum of Urology now has a Members’ Art Gallery and a Photographic Competition was run at this year’s BAUS Annual Meeting. 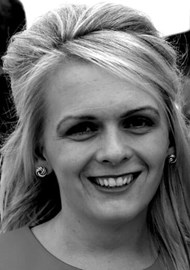