Blaedderwaerc and other names
By Jonathan Charles Goddard

In the last article I said I would explore the history of something we find difficult to treat; chronic bladder pain. However, I would be more correct to say, ‘bladder pain syndrome’, but then some readers may not know to what I was referring. Perhaps I should say, ‘interstitial cystitis’, most doctors know that term. We are used to medical terms being changed and updated but this condition does appear to have had more than its fair share of names.

In the writings of the Saxon leeches (doctors) in the C9th AD the term ‘blaedderwaerc’ was used for bladder pain. They suggested a variety of treatments including boiled wood marche (a herb), eating a roasted starling or even magic spells. There is no suggestion this was chronic pain or anything like interstitial cystitis but it was certainly differentiated from bladder pain from a specific cause such as bladder stones.

In 1808, an American medical student Wilmer or William Elmer wrote in his lecture notes of a painful bladder condition that mimicked stone disease, but where there was no stone. A few years later Dr Joseph Parish (1779-1840) described three patients, two women and one man with similar stories. Parish reported on a woman who suffered “paroxysms of agony”:

“I never witnessed a case of more severe and protracted suffering, nor one in which the symptoms of calculus in the bladder appeared to be more clearly marked.”

At postmortem, surprisingly, no stone was found. Both Elmer and Parish were students of Dr Philip Syng Physick (1768-1837), called by some the Father of American Medicine. Although he himself never published it, he described and taught his students of this condition of an unexplained painful bladder and called it ‘tic doloureux of the bladder’. Tic Doloureux was the term used for trigeminal neuralgia, a clear reference to a nervous cause for this condition. In 1836 Louis Auguste Mercier (1811-1888) of France described painful perforating ulcers of the bladder and called this ‘ulcus simplex vesicae’.

Samuel David Gross (1805-1884), a famous American Surgeon, called it ‘neuralgia of the bladder’ (1876); another nervous sounding diagnosis. In the third edition of his textbook on diseases of the bladder (edited by his son Samuel Weissel Gross (1837-1889)) he also uses the term ‘interstitial cystitis’. This term was also used by Alexander Skene (1837-1900) in his book Diseases of Women in 1887. At present, these are the earliest references to the term interstitial cystitis. Jane Meijlink of the International Painful Bladder Foundation and an expert in the history of interstitial cystitis believes it’s highly likely this term is older and perhaps European, but as yet the evidence eludes her. 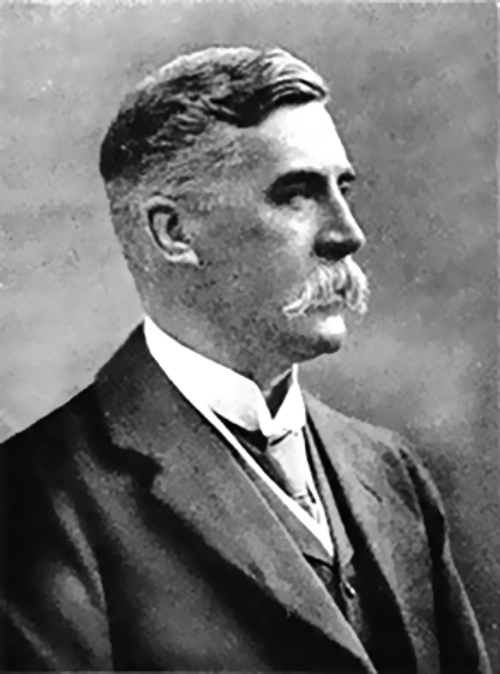 In 1896 Edwin Hurry Fenwick (1856-1944 - Figure 1) of the London Hospital gave a lecture on the ‘solitary ulcer’. Fenwick’s patients were young (often men) with severe genital and pelvic pain with no history of venereal disease or TB, no stones but marked ulcers which he described as like a scar of a bullet on a target and the size of a shilling. Fenwick and his contemporaries had an advantage over Physick, Parish, Mercier and Gross – the cystoscope. Maximilian Nitze (1848-1906) introduced a usable cystoscope in 1879 and a more practical model in 1888. Hurry Fenwick was a great proponent of the cystoscope and was active in its introduction to Britain.

We still see ulcers associated with interstitial cystitis (although not always) but the name we all associate with them is not that of Fenwick but of Hunner. 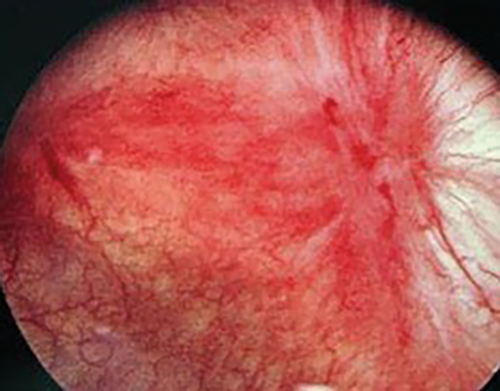 Guy Leroy Hunner (1868-1957) was an American gynaecologist. He described the cases of eight women with severe bladder pain and these ulcers (Figure 2) in a 1914 paper, with a follow-up series in 1918. He discusses Fenwick ulcers extensively but is convinced his were different. Using the Kelly cystoscope rather than Fenwick’s Nitze type, he mirrors what we often hear now:

“Perhaps the most characteristic thing is the insignificance of the lesion as compared with the long duration and intensity of the patient’s suffering.”

“Practically every author writing on this subject has suggested a new name which only adds to the confusion and multiplication.”

The change in names didn’t stop there. In 2002, the International Continence Society suggested that interstitial cystitis should be called ‘painful bladder syndrome’ and in 2006 it was felt that ‘bladder pain syndrome’ would be more in line with the nomenclature of other pain syndromes by the European Society for the Study of Interstitial Cystitis (ESSIC). Interestingly, they are now called the International Society for the study of Bladder Pain Syndrome but have kept the logo of ESSIC; a delightfully amusing link to the confusing history of the nomenclature of chronic bladder pain!

It is fascinating to compare how we look at bladder pain syndrome now with historical ideas. Isn’t it interesting that we identify two types of bladder pain syndrome, ulcer and non-ulcer type, and discuss neurogenic causes in chronic pelvic pain when historically, there are similar parallel stories of physical ulcers, and yet the nomenclature through the C19th and early C20th suggests a neurological diagnosis was suspected?

Sadly I do not have the space to tell you the variety of treatments attempted for this condition over the years. Suffice it to say they are more numerous than its many names and included open and endoscopic surgery and medications and instillations ranging from mercury (1800’s) to hyaluronic acid (1995) and including opium, silver nitrate, phenol and iodine.

Next time, should you wish to go searching for Hunner’s ulcers, I shall tell you how to conduct an endoscopic séance.

My thanks to Jane Meijlink of the International Painful Bladder Foundation for reigniting my interest in this topic and pointing out her excellent review of the subject (International Journal of Urology 2014;21(Sup 1):4-12).