In the last article we looked at something everyone’s talking about in urology, the robot; in this one, joined by urology trainee Will Gallagher and Leicester medical student Emma Sabin, I will reintroduce you to someone who has long been forgotten, Edward Canny Ryall.

Edward Canny Ryall (1865-1934) was a well-known name in urology at the beginning of the 20th Century. He was a great philanthropist who dedicated his life and fortune to relieving the suffering of urology patients. He was born into an old Irish family descended from one of Oliver Cromwell’s men who was granted estates after the Irish Wars. He studied medicine in Dublin and was elected as a Fellow of the Royal College of Surgeons of Ireland in 1900. He studied in London and on the Continent and then became a surgical registrar at Westminster Hospital. During that time he also acted as curator of the hospital museum and senior demonstrator in anatomy and physiology. A General Surgeon by training he focused his interests in urology, a specialty in its infancy in England despite being recognised as a field in its own right in France, Germany and the USA.

In 1911 Canny Ryall established All Saints Hospital, a specialist urology hospital, with his own funds (Figure 1). 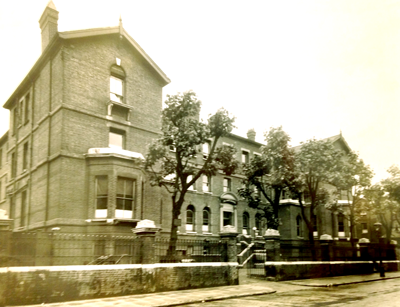 Figure 1: All Saint’s Hospital (reproduced with permission from The London Metropolitan Archive).

It was an institution sustained by Canny Ryall’s dedication and charitable donations. Canny Ryall never took the English FRCS and this act of Irish rebellion prevented him from gaining a senior position in any London teaching hospital. The main reason All Saints was established was to modernise urological surgery; interestingly, Canny Ryall had previously worked at St Peter’s.

The first patient to attend the hospital was so unwashed that Canny Ryall gave him a shilling to go for a bath. Once he had been successfully treated, the patient returned to the hospital giving back a shilling – “the first he had earned for a long time.” This shilling illustrated the principle the hospital was founded upon and was symbolically displayed in the front hall. Initially the hospital treated only outpatients. However, when the chauffeur of the then Prime Minister (Arthur Balfour) required urological surgery, he insisted that Canny Ryall carry it out. A bed was promptly bought with Mr Ryall’s butler serving as a nurse and inpatient care subsequently followed (Figure 2). 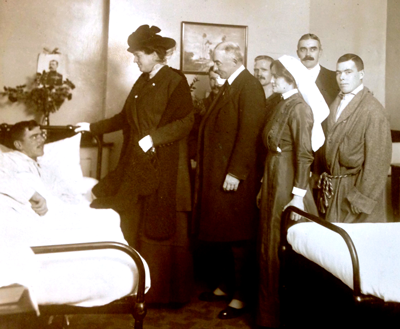 Figure 2: Canny Ryall leading Queen Amelie of Portugal around the ward of All Saints Hospital 26 December 1914
(reproduced with permission from The London Metropolitan Archive).

Canny Ryall developed several instruments; although many of his modified instruments did not find favour amongst his contemporaries, the Canny Ryall Retractor and Canny Ryall Urethral Dilators are still in use today (Figure 3). 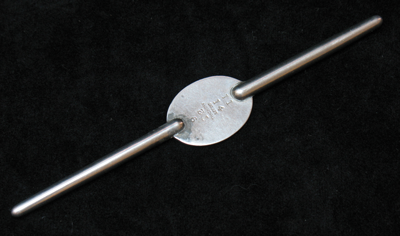 He also provided a wealth of new knowledge and research to the burgeoning specialty. His overarching principle was to avoid open operations with their high risk of mortality in favour of much simpler and less invasive procedures. Working with Terrence Millin he pioneered transurethral resection of the prostate (TURP) in the UK with All Saints being the first hospital to offer this. TURP patients remained in hospital for three weeks; those having open prostatectomy at St Peter’s were in for 13!

In 1925 he published his main work, the book Operative Cystoscopy which combined his extensive knowledge of urology with 670 beautiful illustrations. Reviews described this “most extensive collection of coloured drawings and photographs, showing the best cystoscopic methods” and his writing was noted to have “a dramatic touch seldom found in English surgical authors.” Ryall died suddenly at his home in Harley Street on the 11 February 1934 at the age of 69. Although his hospital was later incorporated into Westminster Hospital and then closed in 1986 and few of his techniques or instruments found favour, his legacy remains as a surgeon who, through his own enthusiasm for the subject, helped to further the specialisation and advancement of urology.

In the next article I will look at the TURP procedure that Edward Canny Ryall championed at All Saints.