From nursery rhyme to science
By Jonathan Charles Goddard

In the last two articles I wrote about the ancient perineal operation of ‘cutting for the stone’ and the 16th Century changes which allowed stones to be cut from adult males but which used more instruments, took more time and probably prolonged the agony and risk by dilating and tearing a way into the bladder. Nevertheless, the technique was used by lithotomists (both itinerant stone cutters and well named surgeons); for example, Thomas Hollier, stone cutter to St Thomas’ and St Bartholomew’s, used the technique to remove Samuel Pepys’ stone in 1658. 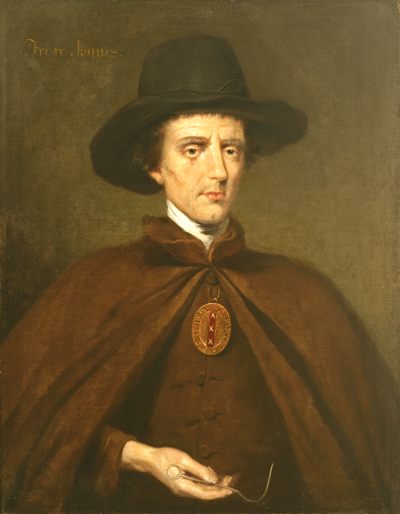 Above: Frère Jacques holding a lithotomy staff. Oil on canvas by unknown artist.
Image courtesy of the Hunterian Museum at the Royal College of Surgeons.

Seven years before Peyps’ surgery, in Burgundy, a boy was born who would change once again the method of cutting for the stone and whose name is immortalised not by urologists but by children, Frère Jacques. The nursery rhyme character was initially a French Cavalry trooper before becoming (or styling himself as) the monk, Father Jack. Around 1688 he began cutting for the stone having been apprenticed to an Italian lithotomist, Pauloni, and it would apear he was quite good. He claimed he had a new, better method and travelled to Paris in 1697 to ‘teach’ the surgeons there. He was allowed to demonstrate his technique on a cadaver which was then dissected by Jean Méry, surgeon to the Hotel Dieu. Initially, Méry reported a clean cut between the ischio cavernosus and bulbo cavernosus, but then retracted his support (probably for financial or political reasons).

Frère Jacques took his practice to the Royal Court at Fontainebleau, gained some support and returned to Paris. Unfortunately, his bold skill was no match for his lack of anatomical knowledge and of the 60 patients cut, 25 died, 13 were cured but the remaining 22 remained in hospital crippled. He left and eventually ended up in Amsterdam with Jacobus Rao, the famous anatomist. Rao studied Frere Jacques’ method and applying his anatomical knowledge standardised it; but he kept this knowledge a secret. When visiting surgeons came to see him cut for the stone, he covered the wound with his hand and his results remained superior to theirs. One of those visiting surgeons hoodwinked by Rao was William Cheselden of the Middlesex Hospital, London. Cheselden was one of the most gifted anatomists and surgeons of the time. He experimented with the dissection and mastered the technique that made him probably the best lithotomist of his age. With a mortality rate of 6% in his first 100 patients his fastest time from knife to skin to stone extraction was 54 seconds. 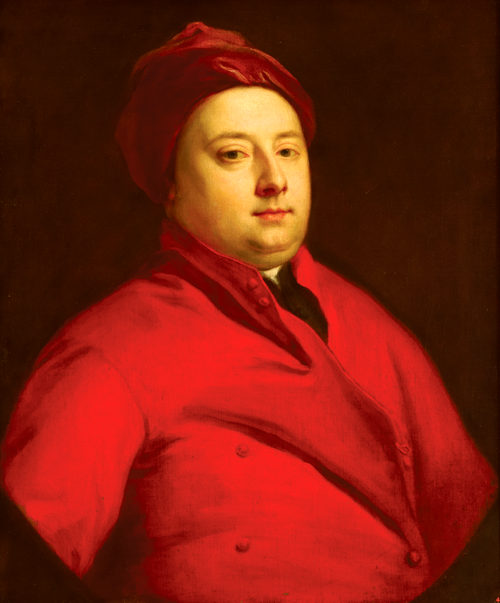 Above: William Cheselden (1688–1752). Oil on canvas by Jonathan Richardson, the elder.
Image courtesy of the Hunterian Museum at the Royal College of Surgeons.

The lateral lithotomy of Cheselden

A staff with a grove on the left is passed into the bladder. A left lateral perineal incision is made medial to the left ischial tuberoscity. The incision is deepened between the ischio cavernosus and bulbo cavernosus and through transverse perinei. The rectum is held away by the left hand. A cut (from below up to avoid the bowel) is made onto the grove in the staff dividing the urethra and prostate. A gouget is passed into the bladder opening the wound and allowing the stone to be grasped and pulled out.

This lateral lithotomy was still the technique of choice until the late 19th Century but it is alien to modern urologists. In the next article, the last in this series on lithotomy for bladder stones, I will discuss a procedure which will seem more familiar for the open removal of stones but still has its ancestry deep in the past.