This time, I am joined by Jasmine Winyard, urology trainee in Leicester; we have been looking at the memoirs of an unusual British urologist and his experiences in the dark days of wartime France. Geoffrey Parker was a surgeon in the mid 20th century, with an interest in urology and a founding member of BAUS. Like many surgeons at that time he joined the Royal Army Medical Corps (RAMC) during the Second World War, Parker’s wartime experience however was somewhat unique.

Growing up in Brighton, he and his brother were nurtured by their mother who had been widowed when Parker was aged two. Following three years at Cambridge, where he was awarded a blue in boxing, he moved to London to study medicine at St Thomas’. Whilst, as he puts it, the Grammar School students won all the prizes, he and his more privileged student colleagues enjoyed the high life. Parker however was not well off and to save money on rent, managed to find an old girlfriend who owned a flat in Westminster. At one point, Nancy, an actress, asked him to rescue her from a Dublin hospital during a period of Anglo-Irish violence in the city. The rescue involved a ducking and diving sprint along the Dublin streets, avoiding machine-gun fire from a passing armoured car. Although he didn’t know it, this was a taste of life to come for Parker, but the experience did not put him off getting near the sharp end of things.

Although extracurricular activities are encouraged amongst medical students, those which Geoffrey Parker engaged in were certainly unusual. To support himself, he played the Hawaiian guitar in Soho and on Saturday evenings he danced as a professional in a Kensington hotel; for 10 shillings he would be a dance partner for the evening to any unaccompanied lady. Parker tried to earn a little through professional boxing; he won the middleweight championships of the London Hospitals, but as he admitted later, his amateur skills from his time in Cambridge did not match those of the professionals. His student days were interrupted by the General Strike of 1926. He, and many other students, volunteered for the Auxiliary Police Force and Parker gained the rank of Sergeant. This saw him commanding a section of 15 volunteer policemen in some challenging circumstances.

Parker successfully graduated, but distracted by his extracurricular activities, he had not done particularly well in lining himself up for a house surgeon’s post. The Dean took him to one side and quietly advised him that boxing championships, Soho performances with the Hawaiian guitar and being a well known face in most London night clubs, were not suitable activities for a medical gentleman. This ultimatum accepted, Parker dropped his activities and took up squash instead. He was rewarded with a resident casualty office job at St Thomas’. 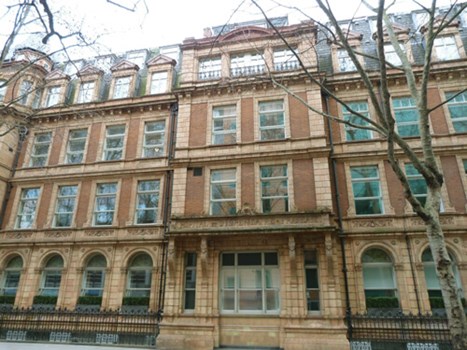 After a few years, Parker successfully applied for the position of assistant surgeon at the French Hospital, in Shaftesbury Avenue (Figure 1). It served the, not inconsiderable, French speaking population of London. Sadly, at his first outpatient clinic, it became very apparent that Parker spoke no useful French! With the help of his wife and a private tutor, he slowly learned the language so he could converse with the French patients and the nuns who ran the nursing side of things. His practice grew and he established himself as a London surgeon.

At the start of the Second World War, Parker joined the Emergency Medical Service where the team at the French Hospital looked after many war wounded including the injured French who escaped Dunkirk. Once the London bombings stopped and the war work dried up, Parker became frustrated and enlisted into the RAMC (Figure 2) where he served with the 100th Field Hospital. The military is famous for its “hurry up and wait” approach to life and this seems to have grated on Parker. During interludes in his unit’s activity he found himself completing a small arms course by day and learning unarmed combat at night. An acquaintance took him on a brief parachuting course. None of these were required for his role as army surgeon, but Parker was a man who clearly could not sit still.

Eventually, his unit deployed to Africa. Once again bored whilst waiting for the field hospital to be constructed, Parker volunteered for a post commanding a surgical field ambulance at the front. As surgeon and officer in charge of the small unit he made his way through North Africa, Sicily and into Italy where, unfortunately, “endemic jaundice” earned him a ticket back to London to convalesce.

During the war, the Ministry of Economic Warfare formed a secret society called the Special Operations Executive (SOE); they sent spies to occupied Europe. SOE needed a surgeon “who was capable of fighting if required” to help with some French Resistance wounded. Parker, with his ‘hobbies’ of boxing, hand to hand combat, small arms and parachuting and with his now excellent French, seemed the ideal candidate. A secret meeting was arranged, and Parker was offered work which was “intensely interesting, but not without danger” and came with an extra 10 shillings a day. He was told very little else. Now thoroughly bored with London, he agreed.

Parker was parachuted into the Jura Mountains to join the French Marquis. This group were a super-elite and secret band of Frenchmen who ran a resistance force in occupied France. Unfortunately, within days of his arrival, the Germans re-took the area and he ended up in a game of escape and evasion playing; as he said, “a sinister game of boy scouts in the forests of France”. Eventually, the area was liberated by the Marquis and they were able to set up a hospital in a monastery. Parker worked there for seven months before returning to London and his work in the French Hospital. His work with SOE earned him a Distinguished Service Order, the Croix de Guerre with Palm and Gold Start, and the Legion d’Honneur.

Parker developed an interest in urology after working with Sidney MacDonald, a ‘Thomies man’ who was genitourinary surgeon at the West London Hospital, the Chelsea Hospital for Women and the Royal Masonic Hospital. Parker joined the Urology Section of the Royal Society of Medicine (RSM) and served on the Council. The council minute book of 26 November 1942 notes that, Major Parker was likely to quit London soon on active service and he was off to Africa; little did they know he would become a spy in France! He was later asked to be the French liaison for British urology. Parker was also a founding member of BAUS, which was established in 1945. He was one of the first to try the Millin’s prostatectomy after Terrence Millin presented the procedure at the RSM in December 1945. In the three weeks after the technique was described Parker did several and very quickly was asked to go to Belgium to teach the technique to a fellow surgeon. In 1946, Parker presented 34 cases of urinary tract trauma he had dealt with in North Africa and Italy (about a third of all abdominal traumas) to the urology section meeting of the RSM. He advocated conservative treatment of renal trauma where possible, including early clamping and repair of the hilar vessels; quite a modern approach. He was also in favour of conservative surgery of injured external genitalia with minimum safe debridement, a policy adopted again for servicemen in the more recent desert wars.

To some extent, Geoffrey Parker was a urologist of his time; a general surgeon with an interest, rather than a pure urologist, an active member of the oldest (RSM) and newest (BAUS) British urological societies and a man who volunteered for military medical service as so many doctors did when war called them. But Parker was never a man who could lead a sedate life. His restless energy always found a new activity to relieve his boredom. These activities and his unusual position as an English surgeon in the microclimate of French London put him in the unique position to experience (and survive) a most interesting war. 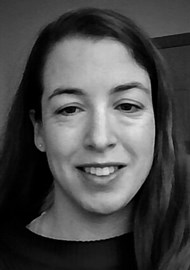