How to conduct an endoscopic séance
By Jonathan Charles Goddard

In the last article I agreed to tell you how to conduct an endoscopic séance. I came across this wonderful phrase whilst researching an 1865 endoscope designed by Sir Francis Richard Cruise of Dublin.

The phrase comes from Antonin J Desormeaux’s (1815–1894) book on endoscopy. In 1853, Desormeaux designed an early endoscope using a spirit lamp as a light source. He was the first to use the term ‘endoscopy’. ‘Séance’ of course in French means merely session or sitting. Francis Cruise acquired a Desormeaux instrument but was disappointed with its poor illumination. He improved it and on 15 March 1865 presented his version of the endoscope to the Medical Society of the King and Queen’s College of Physicians of Dublin (Figure 1). 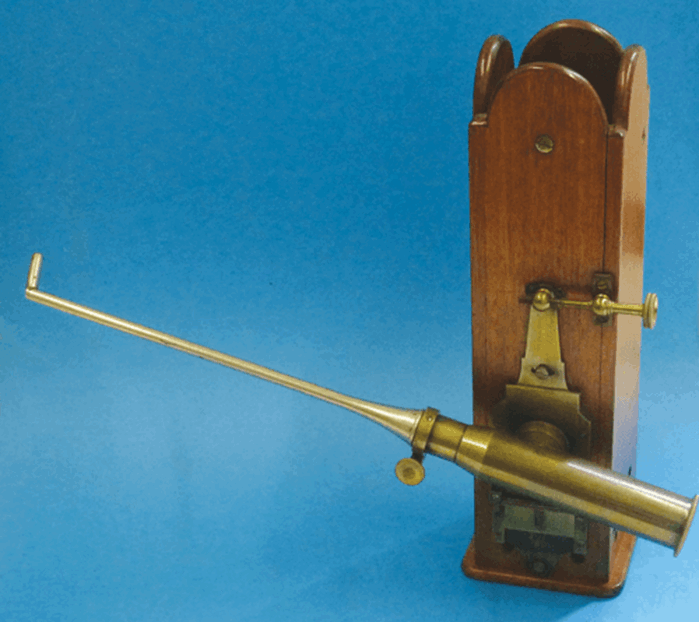 Figure 1: The Cruise endoscope of the Medical School Museum, Manchester.

Desormeaux used a mixture of alcohol and turpentine to light his scope. Cruise, after some experimentation found that a petroleum flame was the brightest light source available. The light intensity was further improved by the addition of camphor to the petroleum. He also added a tall glass chimney which helped draw and steady the flame. A mixture of burning petrol and camphor however creates a lot of heat so Cruise encased it in a mahogany box; mahogany being a good insulator. Interestingly he felt that holding a box containing a burning mixture of petrol and camphor was a safe option, although he was comparing it with the alternatives of a burning magnesium wire and limelight (where a jet of oxyhydrogen ignites quicklime).

“Interestingly he felt that holding a box containing a burning mixture of petrol and camphor was a safe option.”

If you find yourself in 1860’s Dublin needing to diagnose urethral or bladder disease you should do the following:

Prior to using your Cruise endoscope carefully blacken the interior of the endoscope to prevent glare but ensure the inside of the examining specula is highly polished. Top up the fuel, trim the wick and light the lamp. For those who are long or short sighted, an extra corrective lens can be put into the eyepiece. Adjust the height of the flame using the small side wheel so its edge sits directly opposite the condensing lens that focuses it onto the reflecting 45 degree mirror (Figure 2). Dr Cruise suggests focusing the light onto a picture pinned onto the wall. Holding the endoscope in your left hand carefully adjust the lens up and down (Figure 3b) and forwards and backwards (Figure 3a) by the aid of the brass rack and pinion and tangent screws until the image is clear. 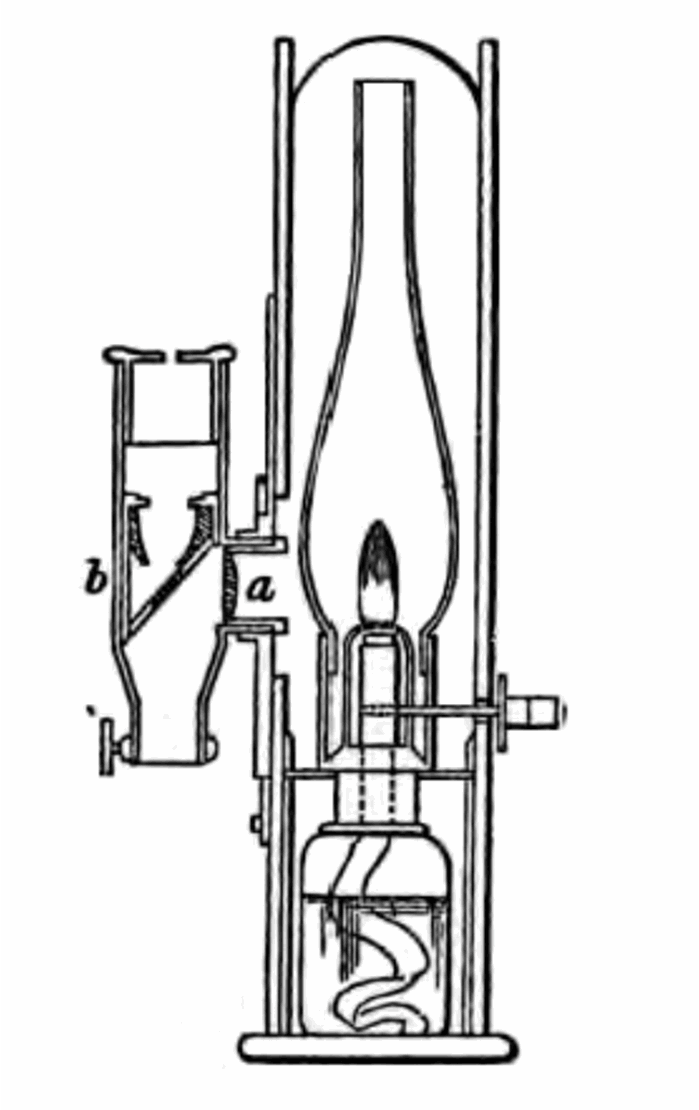 Figure 2: The Cruise endoscope showing condensing lens (a) and reflecting mirror (b). 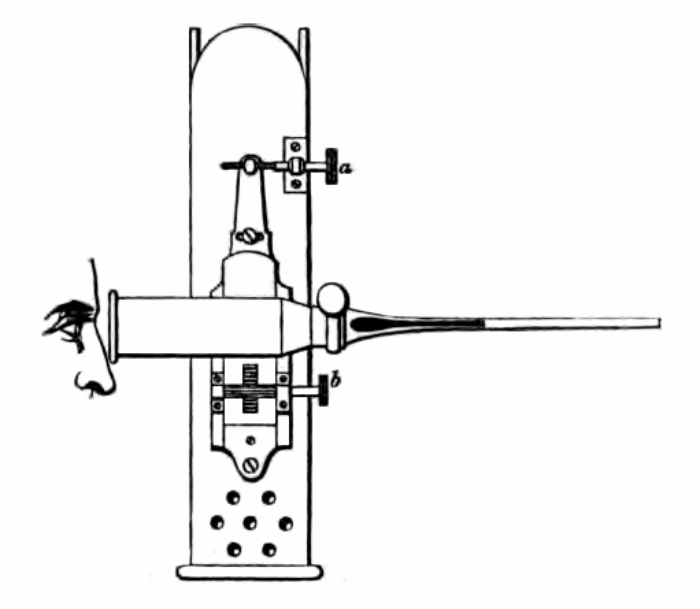 Figure 3: The Cruise Endoscope showing adjusting rack and pinion and tangent screws (a) and (b).

Position your patient in an easy armchair, reclining with his buttocks resting on the edge and his knees apart. Then kneeling in front of the patient pass the greased urethral speculum (with its blind obturator in position) into the urethra (as yet unattached to the endoscope). Once the tube is against the sphincter place a greased finger into the rectum to guide it into the prostatic urethra. Withdraw the obturator and connect your lit and focused endoscope to the urethral speculum.

Slowly withdraw the scope throughout the length of the urethra carefully observing the illuminated urethral mucosa as it comes into view. You will note the technique of urethroscopy with the Cruise endoscope is an antegrade one. As there is no air or fluid used to distend the urethra it has to be examined as it falls into view at the end of the illuminated tube as it is slowly extracted. Occasionally, mucous or blood obscures the view. At this point pass a cotton swab loaded onto a probe via the slot in the side of the urethral tube to dab away any obstruction. To clarify any uncertainty in the urethra, the scope can gently be moved backwards and forwards a little, the light adjusted up or down and the finger be reinserted into the rectum to move the prostate or urethra.

Any areas of abnormality or strictures can be examined using probes passed down the side aperture and caustics can be applied via the same route to treat the strictures. An optical urethrotomy can be performed by passing a bistoury (knife) down the side slot and accurately cutting open the stricture.

If you wish to carry out a cystoscopy with the Cruise endoscope partially fill the bladder with clear fluid. Use the cystoscope attachment, a closed tube with a small glass window at the end.

Don’t forget to use the strictest care to clean the scope thoroughly after use to prevent transmission of infection.

Using his early endoscope, Cruise was able to see cystitis, stones, trabeculations and bladder tumours. On 4 April 1865 his friend and colleague (and former teacher) Dr Robert McDonnell set Cruise a little test. Into the bladder of a fresh cadaver (via a suprapubic incision) he placed three objects. Cruise correctly identified a brass screw, a bullet and a piece of plaster of Paris with his endoscope. Along with Antonin Desormeaux, Sir Francis Cruise was considered the most successful endoscopist of his time.

Next time I’ll write about removing kidneys, by mistake and on purpose.