Of gods and men
By Jonathan Charles Goddard

One of the most fascinating aspects of early Ancient Greek culture is the fluid mingling between history and myth. Deep in the mists of time, names appear in the history of medicine of healers who may have been real people, or not; may have been based on real people or indeed several people; or even just based on an idea or school of thought. Some, and this is what I love about the Ancient World, we are told, were related to, or were actually, gods.

Aesculapius is a name closely associated with medicine in Greece. It is unclear if a man with that name, who practised healing, ever walked the earth. His name is linked with a ‘school’ of medicine and religious healing. His symbol, a snake wound around a staff, remains one of the emblems of modern medicine today (Figure 1). 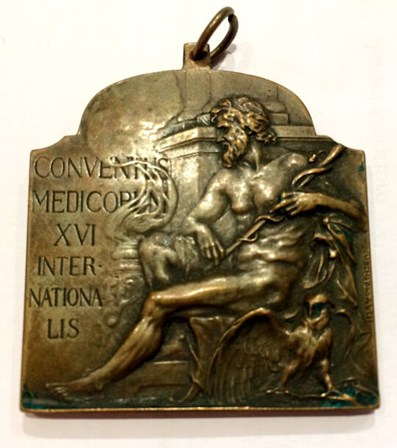 Figure 1: Aesculapius, as depicted on the medal of the 16th International Medical Congress, held in Budapest, 1909.

Aesculapius was said to be the son of Apollo. Apollo was a god, the son of Zeus, king of all the gods. He was the god of light, the springtime and crops, and the god of healing. It is said Apollo was born at Delos; a healing temple was founded there in his name.

According to legend, Apollo had a son with the mortal Coronis, the daughter of Phlegyas, Prince of Thessaly; this son was Aesculapius. Unfortunately, Coronis was unfaithful to Apollo (or was rumoured to have been) and for this, Artemis, Apollo’s twin sister, murdered her. With her dying breath, Coronis told Apollo she was carrying his child and he cut Aesculapius from her womb, saving him; a caesarean section prior to Caesar!

The orphaned Aesculapius was adopted and brought up by Chiron the centaur (a mythical half man, half horse) who was skilled in medicine and taught the young Aesculapius all he knew.

Aesculapius is mentioned in Homer’s epic poem the Iliad and his sons Machaon and Podalirius were also skilled healers and are said to have taken part in the Trojan War. Machaon was wounded by Paris, Prince of Troy, but survived to be one of the Greek heroes who hid inside the Wooden Horse. He was said to have healed Philoctetes, the archer and owner of Hercules’s bow, of his appalling snakebite, thus allowing Philoctates to return to Troy, slay Paris and help win the war. Machaon was subsequently killed at Troy.

“The writings of Hippocrates contain many early references to urology”

Homer also recorded an incident of urological trauma in the Iliad. Harpalion, fighting for the Trojans, attacked Meneleus, younger brother of Agamemnon, but was unable to break his shield. As he retreated, he was shot with a bronze arrow by Meriones. The arrow pierced the right buttock, passed through the greater sciatic notch rupturing the bladder to exit under the pubis. The wound was fatal.

Podalirius, Aesculapius’s other son, survived the Trojan War but his ship was wrecked on the coast of Caria. There he healed Syrna, the daughter of the king, and subsequently married her, establishing the city of Syrnus (named after his wife); more of Podalirius’s family later.

At some point, Aesculapius was deified and became a god and a healing cult developed in his name. Healing temples were built called Aesculapia. Here, the sick came to see the priests (not doctors) and to sleep in the temple overnight. During their sleep, they hoped to dream of the god who would come to them and heal them, or tell them how they could be healed. If they improved, the god had healed them, if not, maybe they were just not pious enough. There is some extant evidence of these episodes in Greek poems and plays and some stories were carved into stone stelae at the Aesculapia at Epidaurus.

For example, a man came to the Aesculapia with an abscess in his abdomen. This is an unusual description and one wonders if it was a renal abscess pointing into his loin. He dreamt that the god came to him and commanded his servants to hold him down and drain the abscess. When he awoke his pain had gone, his abscess was drained and there was blood on the floor. If one were disinclined to believe in the divine healing of Aesculapius, one may think he was perhaps sedated and the priests did indeed drain the abscess, maybe for the good. 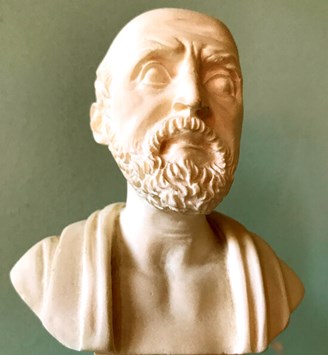 Figure 2: Hippocrates, as depicted on a small modern plaster bust.

The descendants of Podalirius, son of Aesculapius, settled in Rhodes, Cnidus and Cos. On the latter two islands, great medical schools emerged. The most famous doctor of the school of Cos was Hippocrates. Hippocrates is thought to have been born around 460BC into a medical family (Figure 2). He was described by his contemporary, Plato, as Hippocrates of Cos, the Aesculepiad. Some felt this implied that he and his family were medical priests of the temple of Aesculapius, but this doesn’t fit with his subsequent works, which were not based on magic and religion. The other theory suggests that Hippocrates was of the family of Aesculapius, via the line of Podalirius, one suggestion being that he was the 17th direct descendent of Aesculapius himself.

The writings of Hippocrates contain many early references to urology. He notes that wounds to the bladder, like that of poor Harpalion, were always fatal. This statement, adhered to for centuries, probably delayed the use of the suprapubic approach for bladder stones by hundreds of years. Although Hippocrates advised against opening the abdomen, the drainage of pointing renal abscesses was encouraged, like our patient who dreamed his cure in the Aesculapia at Epidaurus.

Hippocrates also noticed that, “Diseases about the kidneys and bladder are cured with difficulty in old men” indicating some recognition of the effects of the enlarged prostate and ageing bladder we see so commonly now. Interestingly, one product of the Hippocratic School of medicine at Cos was Herophilus of Chalcedon (c.335 – c.280BC). He became a doctor at the great school of medicine in Alexandria in the C3rdBC. It appears he studied human anatomy, very likely by dissection of human as well as animal corpses and possibly by vivisection of criminals. It has been suggested he gave the first description of the prostate: “glands which poured a humor into the urinary passages of the male to excite the sexual act.” Herophilius called these glands parastatai adenoeides or glandular assistants. It is more likely Herophilus was describing the seminal vesicles.

Although the Greeks may not have been truly aware of the prostate gland as an anatomical concept, the presence of some soft tissue mass at the base of the bladder and urethra must have been appreciated by the Greco-Roman surgeons as they attempted to pass catheters or dilators to relieve bladder outflow obstruction.

The prostate would also have been encountered as surgeons cut for the stone via the perineum. This procedure, perineal lithotomy, also appears in Hippocrates, in fact in the Oath. The phrase, “I will not cut for the stone,” has been interpreted to mean general physicians and surgeons should not attempt this difficult and dangerous procedure, but refer it to specialist stone surgeons, now known as urologists.

Unfortunately, I’m not able to tell you that all urologists are directly descended from gods. But Hippocrates does allow us to claim that we work in the oldest surgical specialty and when we do remove bladder stones we are carrying out the oldest elective operation, one that was done on the shores of the Aegean Sea under the watchful gaze of the gods of Mount Olympus.