I­n this series of articles I am going to show you some of the exhibits contained in the BAUS Virtual Museum of the History of Urology which is part of the BAUS website (www.baus.org.uk).

In the last four articles I have discussed the history of open surgery for bladder stone, the basis of ancient urology. In this article, I am joined by Shafi Wardak, a urology trainee to look at the most modern urological surgical technique, robotics.

The word Robota is a Czech word meaning ‘forced work’. The term ‘robot’ as we know it was first used in a 1921 science fiction play by Kael Capek called Rossum’s Universal Robots. A robot is an automatically operated machine that replaces human effort and many ancient cultures tell of mythological mechanical slaves, for example the Jewish Golem (an animated slave made of clay) or Talos, the mechanical bronze warrior who protected Crete from pirates. Leonardo da Vinci designed a robot (a mechanical knight) in 1495.

The world’s first surgical robot was the ‘Arthrobot’, designed to assist in orthopaedic procedures, and used for the first time in Vancouver, Canada in 1983. In the 1990s Computer Motion Inc., a company based in Silicone Valley, California, introduced the AESOP Robot. The name derives from ‘Automated Endoscopic System for Positioning’ and it was a voice-controlled camera arm for laparoscopy. This then developed into the ZEUS robot. Two joystick-controlled arms were added to the voice controlled camera system allowing a surgeon to operate away from the patient, from a console. It was first used in 1998 and in 2001 a transatlantic laparoscopic cholecystectomy was performed on a patient in Strasburg by a surgeon in New York.

At around the same time another Silicone Valley company, Intuitive Surgical, developed the Da Vinci Robot (the name was inspired by Leonardo Da Vinci’s robotic knight). Intuitive Surgical had the backing of the American military. As is often the way in medical history war inspires new medical ideas and robotic surgery was devised for remote battlefield surgery. The two companies merged in 2003 and the Da Vinci is now the only robot on the market. 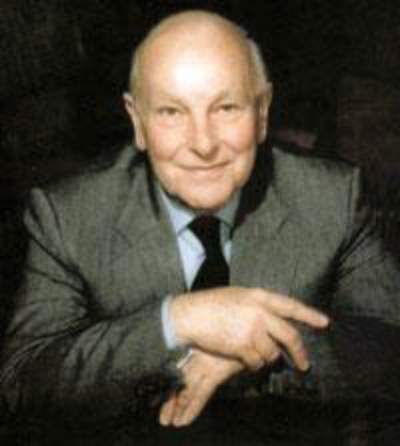 John Wickham, inventor of the Probot (photo courtesy of BAUS).

The first robotic urological procedure however predated all of this. In 1989 the British urologist John Wickham developed a robot that could perform transurethral resections of the prostate (TURPs). Working with Malcolm Coptcoat, Anthony Timoney and Senthil Nathan of Guys teamed up with Professor Davies of Imperial College to create a working robot capable of performing a TURP. After practising on potatoes around 30 successful robotic TURPs were carried out in humans. Unfortunately, it was too expensive to market but John Wickham’s ‘Probot’ was a truly autonomous operating robot. 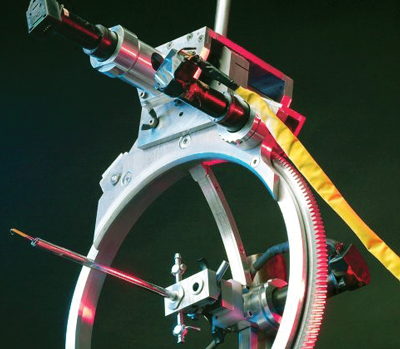 As well as this surgeon-driven type of medical robot there are image-guided robots, these robotically pinpoint a target previously identified on an image system. One of the earliest robotic procedures was stereotactic laser brain surgery by Kwoh et al. in 1998. In urology the PAKY system is used for percutaneous access to the kidney.

The Probot and the PAKY systems are active robots, that is, they operate autonomously under the command of the surgeon. The Da Vinci Robot is not. It is a master-slave system; the surgeon controls it at all times from a console.

These machines perhaps shouldn’t be called robots at all; they are telemanipulators. That is, they provide through telerobotics a physical effect at a place other than where one is present. These robots eliminate a surgeon’s tremor, provide a magnified stereoscopic image of the operative field and, unlike in laparoscopy, allow much greater hand movement via a mechanical wrist providing seven degrees of freedom.

The first robot-assisted radical prostatectomy was performed in Paris in 2000. This was soon followed by a series of 10 carried out in May 2000 at Frankfurt University.

Once again urology finds itself at the forefront of technology. From the first elective operation (lithotomy) through the earliest minimal access procedure (lithotrity) and endoscopy (the cystoscope) urologists are now the premium users of robots in surgery.