In the last article I wrote about some well-used eponyms seen in the urology and dermatology clinic. The surgical instrument tray is a cornucopia of eponyms and one of the first we all remember is the haemostatic clip of Spencer Wells. If you know anything at all about Sir Thomas Spencer Wells (1818-1897) it is likely to be that he pioneered ovarian surgery in the 19th century and you are unlikely to link him with the history of urology. However, Spencer Wells was one of the driving forces in the formation of the first specialist urology hospital in this country, St Peter’s Hospital for the Stone. 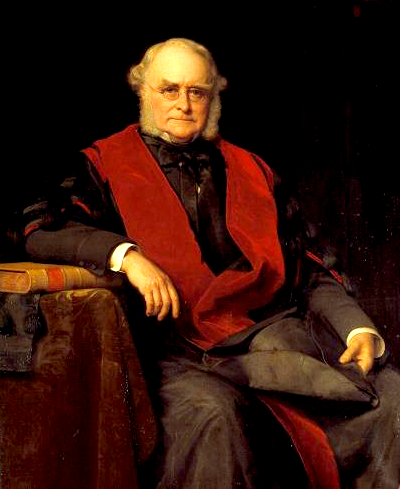 Thomas Spencer Wells (pictured) was born on 3 February 1818 in a house on St Peter’s Street, St Albans in Hertfordshire; his father, Joseph William Wells was a builder. He received his early education at St Albans School within the Abbey and in 1835 at the age of 17 was apprenticed to Dr Michael Thomas Sadler (1801-1872), surgeon and apothecary in Barnsley. Although an apprenticeship in this small Northern mining town may not appear significant, Dr Sadler was nephew to Michael Thomas Sadler (1780-1835) the social reformer and MP. He was asked to give evidence to a Parliamentary commission on child labour in mines in 1842 and was honorary surgeon to the Barnsley Beckett Hospital from its foundation in 1861. Sadler had an extensive library and was respected as a good teacher. After a year, Wells moved to Leeds as apprentice to Mr Marsden, a parish surgeon. In Leeds he attended lectures and demonstrations in the Old Infirmary and the new (1831) and active medical school. He then spent some time (1837-1839) at Trinity College Dublin, completing his training at St Thomas’ Hospital becoming MRCS on 26 April 1841.

In 1841, Spencer Wells joined the Royal Navy receiving his warrant on 17 September. He served as a naval surgeon in the Royal Naval Hospital Malta and after the remarkably short time of six years and five months was made full surgeon (3 February 1848). 1848 was a year of revolutions and he went to Paris to learn more of the management of gunshot wounds. There he studied with Duputytren, Malgaigne and Claude Bernard.

He retired from the Navy in 1853 and established a practice in London becoming surgeon to the Samaritan Free Hospital for Women and lecturing at the Grosvenor School of Medicine (later St George’s Medical School).

Spencer Wells specialised in obstetrics and ophthalmic surgery. He is recognised as a pioneer in abdominal surgery and is notable for having pioneered ovariotomy and made it an acceptable procedure. This had more wide reaching implications as the abdominal cavity was still an area to be avoided and surgical operations were rare. Anaesthetics were in their early days, fraught with risk and asepsis was unknown. Wells had some experience of abdominal wounds during the Crimean War (1854-56) where he noted that not all were fatal; even those with considerable peritoneal contamination, if carefully cleaned, could survive. This may have given him more confidence to open the peritoneum electively.

On 5 March 1860, Mr Thomas Spencer Wells, Reverend AB Whatton, Mr TP Oldershaw and Mr Armstrong Todd gathered at Todd’s house, 16 Burlington Street, to discuss the establishment of a hospital for the cure of urinary stone disease. It was concluded at the meeting that Wells and Armstrong would be chief surgeons at the hospital, Oldershaw the treasurer and Rev Whatton the secretary. Wells was tasked to write a paper supporting the need for a specialist hospital for urinary stone disease, which was subsequently published in the Medical Times Gazette. There was furious opposition to specialist hospitals in the medical press and Wells was heavily criticised in the BMJ and Lancet for taking work and experience (and I expect money) from the general hospitals.

Between 1860 and 1862 Spencer Wells was said to be diligent in his duties as a surgeon and a member of the house committee, which continued to meet once per week. He conducted regular operating lists and twice weekly clinics. However, in 1862, Wells left St Peter’s to dedicate himself to obstetrics at the Samaritan Hospital. In his resignation letter he expressed his best wishes for the future of St Peter’s Hospital and stated that his dedication to the Samaritan Hospital meant that he could not devote the necessary time and energy to the running of another new hospital. His post remained vacant for two years until Walter John Coulson took it up.

It is not clear why Spencer Wells took an interest in urology and St Peter’s; he did not publish on urological diseases. Maybe he thought it would help establish his London practice, although in view of the anti-specialist feeling at the time it may have been deleterious. He certainly wrote of one well known urological presentation when discussing gynaecological surgery in 1882:

‘‘I do not yet see any mode of certainly providing against the mischance of tying or dividing one or both ureters. I fear that with all possible care it is an accident which may occasionally prove unavoidable.”

Actually, some surgical advances came from mistakes of this sort. Early experiments on intestinal resections and repairs were carried out on bowel damaged at ovariotomy. This was also the case with Well’s first successful splenectomy (it turned out not to be an ovary after all!).

In 1844 Spencer Wells was automatically made FRCS, becoming one of the original 300 fellows of the college. In 1877 he was appointed Hunterian Professor and elected President of the Royal College of Surgeons of England in 1883. In the same year he was created baronet and from 1863 to 1896 he was surgeon to Queen Victoria’s household.

Sir Thomas Spencer Wells died after an attack of apoplexy whilst at Cap d’Antibes, France on 31 January 1897. He was cremated at Woking and his ashes are buried in Brompton Cemetery. Following his death, the committee at St Peter’s minuted that Wells continued to take an interest in the welfare of the hospital after his resignation up until the time of his death.

Although Spencer Wells is not well known for his work as a urologist, his contribution to urology as a founding member of St Peter’s Hospital was a major catalyst for the establishment of urology as a specialty in its own right. Perhaps more important, it may be said that it was Spencer Wells who established abdominal surgery.

Next time, what the Romans did for us! 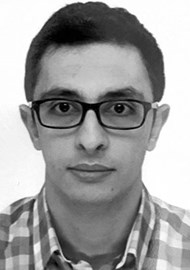