The influences on Sir Henry Thompson
By Jonathan Charles Goddard

In the second history column I wrote for Urology News, way back in January 2012, I told you about Sir Henry Thompson (1820–1904), one of the most famous British urologists in history (Figure 1). One of the things that I always wondered about was why this businessman from rural Suffolk changed careers to pursue medicine becoming one of the most famous medical men of his time. 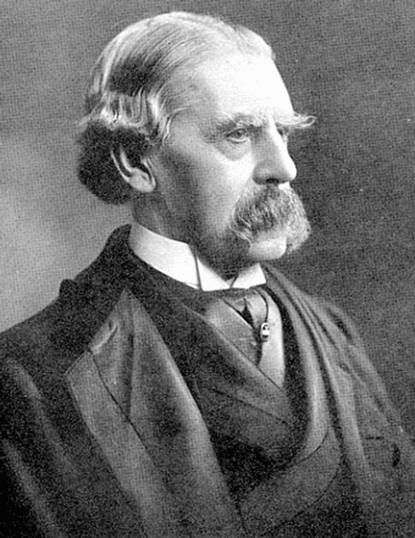 Thompson was born in 1820 in Framlingham in Suffolk. His father was a businessman, a grocer, draper and tallow chandler, owning a shop and a candle making factory. Henry joined his father in the business for some years but in 1846, at the rather late age of 26, changed careers to study medicine. This was clearly a significant decision as his father, now unable to pass on his business to his son, was forced to sell up and retire.

It would appear there were several influences in Henry Thompson’s early life that encouraged him to take up medicine. The best biography of Sir Henry Thompson is by Zachary Cope. Published in 1951 it draws heavily on the unpublished reminiscences of Henry Thompson loaned to Cope by Thompson’s granddaughters, the Misses Watkins. Several people are mentioned and with the benefit of the internet and a bit of hard work I have been able to find out a little more of these medical men of early 19th Century rural Suffolk who had such an effect on Thompson.

As a young boy Henry was educated privately at home by tutors. His father, a very religious man, did not want to expose his son to the bad influences of the local grammar school. His tutor from the age of five was a Mr Miall, the local Congregationalist Minister, but in 1830, at the age of 10 he was sent to live with the family of Reverend Andrew Richie in Wrentham, about 20 miles away, to continue his education. Whilst living in Wrentham, Thompson made friends with the local doctor, Dr John Thomas Primrose (1778–1851) and his resident medical student Richard Pechey (1810–1844). Thompson became particularly friendly with Pechey who was happy to talk to him about his trade. Thompson recalled in his memoirs seeing glimpses of “keenly polished knives, saws, tourniquets and forceps” and says this was the time he fell in love with the idea of medicine and surgery.

“This was the time he fell in love with the idea of medicine and surgery.”

When he left the Richie’s home in 1835 and returned to Framlingham Thompson asked his father’s permission (in writing!) to study medicine. His father refused explaining that he should go into business, which would give him a good grounding for whatever profession God might indicate for him in the future. His father was right and the next 12 years of Henry’s life gave him an excellent head for business. But Henry was terribly disappointed; he kept his father’s letter for many years.

The next medical influence on Henry Thompson was during his own illness. In 1846 Thompson began to suffer from severe abdominal pain and then developed enlarged cervical lymph glands. These then broke down and began to suppurate. Thompson blamed his illness on his unhappiness in his work; it is likely he had scrofula, a tuberculous infection of the cervical lymph nodes. He initially consulted local doctor William Jeaffreson (1790–1865) in Framlingham who advised exercise in the form of riding but when this failed he sort the advice of Dr Robert Wake (1801-1880) of Southwold (Figure 2). Wake proposed rest and Thompson went to stay in Southwold some 20 miles away on the Suffolk coast. 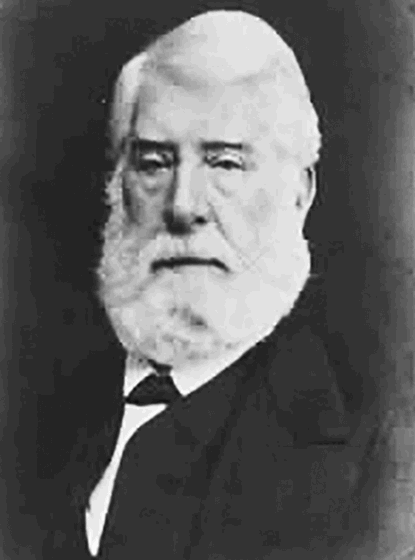 Figure 2: Robert Wake. Reproduced by permission of the Southwold Council.

Wake was not just a local GP. After a five-year apprenticeship in Newcastle, he had studied in Edinburgh and gained his Licence from the Society of Apothecaries and Membership of the Royal College of Surgeons in 1821. He practised as a London surgeon for 20 years before moving to Suffolk. He was surgeon to the Southwold Medical Dispensary, a Justice of the Peace and later became the Mayor. He wrote a History of Southwold in 1839 (Henry Thompson’s father was one of the original subscribers).

This time spent in Southwold in association with Wake further excited Thomson’s interest in medicine. Wake realised Henry’s genuine interest in his profession and encouraged it. He allowed Thompson to help him in his practice, giving him small jobs to do such as bandaging and copying out his prescriptions.

It was Robert Wake who finally persuaded Henry’s father to allow him to give up business and pursue a medical career. 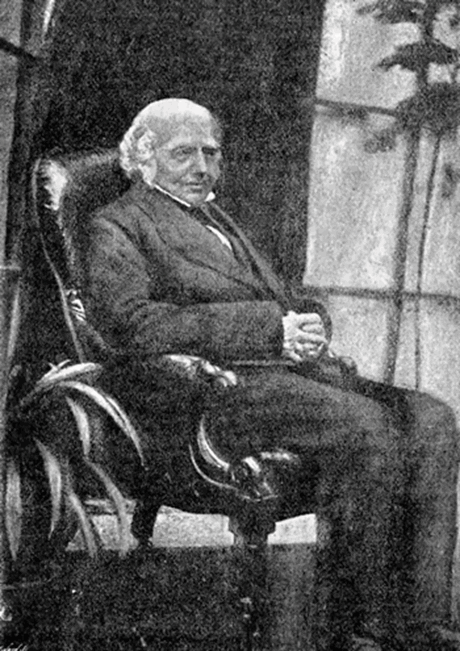 It was the previously briefly mentioned William Jeaffreson however who was the most interesting of Henry Thompson’s early medical acquaintances (Figure 3). Jeaffreson was born in Wickham Market, just south of Framlingham. He trained at Guy’s and St Thomas’s and gained his MRCS in 1812 before returning to Suffolk to set up his surgical practice in Framlingham. He was the first surgeon in England to successfully surgically remove an ovarian cyst in 1836. He was a founder member of the Eastern Provincial Medical Association, which, after amalgamating with the Provincial Medical and Surgical Association eventually became the British Medical Association (BMA). In 1844 the Royal College of Surgeons made him a Fellow.

What makes William Jeaffreson most interesting however is that he was an expert in the early use of the lithotrite for bladder stones. Bladder stones were particularly common in East Anglia at that time, probably due to dietary reasons, and Jeaffreson was skilled in perineal lithotomy. But in 1833 he diagnosed a stone in one of his friends and decided to take him to London to consult Mr William Birmingham Costello (1800–1867) who was using the new French lithotrite.

Lithotrity was the first minimally invasive surgery and allowed per-urethral destruction of bladder stones thus avoiding an open perineal operation. The first working lithotrite was introduced by Jean Civiale (1792–1867) in Paris in 1824. There followed a flurry of modifications, adaptations and new instruments from several surgeons over the next few years.

Costello learned the technique of lithotrity from Civiale and brought it back to London. By 1833 however he was using a different technique of percussion lithotrity (hitting the lithotrite with a hammer to break the stone) introduced by another Frenchman, Baron Heurteloupe (1793–1864) (Figure 4).

William Jeafrreson watched Costello operate on his patient and friend and went off to Millikan’s, the instrument maker in the Strand, to have his own lithotrite made. He returned to Suffolk and practised lithotrity on a dead body and on a bladder phantom model he made. On 7 May 1834 Jeaffreson passed his lithotrite into the 64-year-old William Kent, a labourer with a debilitating bladder stone. It required 37 sittings to slowly chip away at the stone. The surgeon must have had a gentle touch and the patient must have been a stoical man as he usually walked the three miles each way to visit Jeaffreson’s surgery.

Thompson was certainly aware of this state of the art surgery being carried out in his home town. Jeaffreson had shown Henry Thompson his lithotrite. Baron Herteloupe himself visited Framlingham at William Jeaffreson’s invitation to carry out a lithotrity on a Mr Jasper Pierson, a local landowner. Sir Henry Thompson of course subsequently visited Jean Civiale in Paris and learned the technique of lithotrity. He became so noted for this that he was called upon to treat Leopold I, King of the Belgians (after Civiale had failed) and then Napoleon III (although this was not successful and the exiled king died). It is fascinating to think that the young Thompson had been so influenced by the medical men in his own environ, the kindly Dr Primrose and his keen apprentice Richard Pechey lighting his interest in medicine. William Jeaffreson, clearly a very talented surgeon working in Thompson’s own town, who by coincidence it seems was a pioneer in the very cutting edge surgical technique that led to Thompson’s own fame and knighthood. Finally, Robert Wake, a London surgeon retired to rural Suffolk, who realising Thompson’s true calling as a surgeon persuaded his father to release him from the family business to study medicine and who personally signed Henry Thompson’s surgical apprentice papers in December 1846.