In an earlier article we looked at one of the medals in the new Medal Cabinet. Another area of the ‘TARDIS-like’ Junior Curator’s room is the Autograph Cupboard. One of the oldest autographs belongs to Sir Thomas Molyneux (1661-1733) and was found in a 1723 book on bladder stones (Figure 1). In this article I am joined by Kevin Murtagh, a senior urology trainee, as we explore the urological connections of his fellow Dubliner. Figure 1: Signature of Sir Thomas Molyneux in his copy of Lithotomia Douglassiana, 1723.

The 17th Century was a time of scientific revolution with the associated establishment of the Royal Society in London from the ‘Invisible College’ with the intention of acquiring knowledge through experimental investigation. Early luminaries such as Robert Boyle (1627-1691) and William Balle (1631-1690) established weekly meetings to discuss scientific advances and experimentation. Similar philosophical clubs were established throughout Europe including the Dublin Philosophical Society (a forerunner of the Royal Dublin Society), that was founded in 1683 by the Molyneux brothers, William and Thomas. The intention was to gather the most learned of minds from Dublin’s Trinity College and the Royal College of Physicians of Ireland. Their early meetings took place within Trinity College and in premises on the nearby Crow Street in Temple Bar (not often recognised as a place of great erudition in more modern times).

The Molyneux brothers were two of five children born into a prosperous Anglican family with land in Dublin, Armagh and Longford. William was the society’s first secretary and had studied for a BA at Trinity before studying law at the Middle Temple in London. Thomas studied medicine also at Trinity and went on to have a distinguished career becoming Ireland’s first State Physician and the Physician General to the Army in Ireland. He represented Ratoath, Co Meath in the Irish House of Commons and was Regius Professor at Trinity College from 1717 until his death in 1733. He was elected as a Fellow of the Royal Society (in London) in 1686 (Figure 2). Amongst Thomas’ interests was the extraction of bladder stones from the female bladder. He was an advocate of the technique of “extraction of the stone, by the gradual dilatation of the urethra, or neck of the bladder, without any manner of section”. He proved quite adept at this technique and describes extracting stones of “extraordinary bigness” from the bladders of women and girls as young as 11 by gentle dilation without needing to incise. Thomas credited his successful use of the technique to Monsieur de la Vaguion who reported the method in his book Traite Complet des Operations de Chirurgie, published in 1696 in Paris.

It is likely that his experience in extracting bladder calculi from women led to his involvement in a curious case involving an unfortunate Dubliner, as related in the Philosophical Transactions of 1700. Clearly before the days when patient confidentiality was considered important, the story relates to Dorcas Blake of Fishamble Street, Dublin – a “full-bodied sanguine maid of about twenty years old”. In January 1694 Dorcas was much troubled by a hoarseness “for which she was desirous to take a vomit”. It seems that she (and some friends) tried to provoke said vomit by thrusting fingers into her throat. This didn’t have the desired effect and Dorcas took an ivory bodkin of four inches from her hair and thrust it into her throat (this presumably was deemed a good idea at the time). She became breathless due to the subsequent heaving and was “obliged to stand upright to draw some air, which she did without taking the bodkin out of her throat, and at that instant it slipped out of her fingers, and passed into her stomach”. Dorcas was put into “some fright” but (as people in 17th Century Dublin were clearly made of stern stuff) “this soon went off again, because she found no inconvenience” (!). Over the subsequent days Dorcas developed abdominal pains that worsened such that she was bedridden. The local midwives Mrs McGuennis and Mrs Taylor were summoned. They could feel the bodkin on abdominal palpation and sent for Dr Thomas Proby (1665-1729), the principal surgeon in Dublin at that time. He could feel the bodkin on vaginal examination and, as she was struggling to pass urine, he passed his catheter and felt it strike something rigid in the bladder.

It is at this point that the services of Thomas Molyneux and John Madden (1649-1703), President of the Royal College of Physicians of Ireland, were called upon. The three endeavoured to remove the bodkin in the same manner as a stone – through dilatation of the urethra and grasping with forceps. This proved difficult as while the offending bodkin could be seen, its position with the thinner end resting upon the ischium made its removal per urethra impossible. Extraction attempts were abandoned “for some time” (nine weeks) though eventually through Dorcas’ “daily importunity” definitive plans were made. The esteemed team of Doctors Molyneux, Madden, Proby and William Smith (another fellow of the Royal College) decided to extract the bodkin “in the manner of the higher operation of the stone” i.e. suprapubic cystotomy. Dorcas was positioned in a convenient posture (probably not convenient for Dorcas) and the bodkin was pushed anteriorly by Dr Smith’s finger in the vagina (obviously the SHO) where it was held “firm and steddy”. An incision was made above the pubic bone down to the bladder which was opened with a small crooked bistoury allowing easy extraction of the offending foreign body. Dorcas was “put into bed and in less than a month, by God’s great blessing, she was perfectly cured, and is as free from any inconvenience, occasioned by swallowing the bodkin, as ever she was in her life”.

A matter never addressed in the Philosophical Transactions is how a swallowed object ended up in the bladder. There was perhaps some scepticism about the veracity of Dorcas’ claims (there isn’t a doctor that hasn’t heard a dubious tale about how Object A ended up in Hollow Viscus B). She was so adamant that she did indeed swallow the bodkin that she swore the same on the Holy Evangelists – likely quite a significant gesture in 17th Century Ireland. The book containing Sir Thomas Molyneux’s autograph is the 1723 (second) edition of John Douglas’ Lithotomia Douglassiana (Figure 3). Originally published in 1720 it promotes the idea of removing bladder stones suprapubically; at that time this was considered very dangerous indeed. It is perhaps not surprising that Molyneux added this volume to his library, having been present at this operation (albeit for a Bodkin not a stone) nearly 30 years earlier. 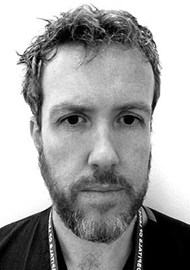