In this series of articles I am going to show you some of the exhibits contained in the Museum of Urology, hosted on the BAUS website (www.baus.org.uk). For May/June, urology trainee Bushra Abdelqader is helping me to delve into that period of history which links the fall of the classical Roman Empire and the mediaeval world, when Muslim culture swept from the East bringing with it a thirst for learning (7-13th century).

The preservation, copying and enhancing of the writings of classical medicine by Arab scholars preserved these teachings, which were eventually passed onto the monasteries, hospitals and universities of the West. The transition of this Arabic knowledge into Christendom is seen in the Latinisation of these doctors’ names; here, I have given each figure his Western name and Bushra, in the descriptions, the Eastern one. Also, this article gives us another opportunity to show some of the stamps in the Museum of Urology’s online album.

Muhammed ibn Zakariya al-Razi was a Persian physician born in the city of Rayy (hence the name al-Razi) in 864 and died there in 925. He made his fame as a doctor; it was reported that he ran a hospital in his hometown and another one in Baghdad. In addition to being one of the greatest figures in the history of medicine, he wrote on chemistry, grammar and logic, and was considered a controversial philosopher. 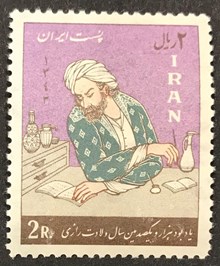 In urology, he wrote on bladder and kidney stones, venereal disease and the pathophysiology of the urinary tract. He described the neuropathic bladder following vertebral fractures. Rhazes offered scientific recommendations for the prevention of calculi (which are in accordance with current practice) as well as excellent descriptions of treatment, including lithotomy. He also wrote about his own swollen testicle and its treatment.

Known as Abu Al-Qasim Khalaf Ibn al-Abbas al-Zahrawi, he was one of the most renowned surgeons of the Muslim era. He was born close to Cordoba in Spain where he studied, taught and practised medicine and surgery. Albucasis (936-1013) was a leading surgeon. He was the first to describe the use of ink to mark surgical incisions. In obstetrics and gynaecology, he described several instruments used for delivery. He taught the lithotomy positions for vaginal operations. 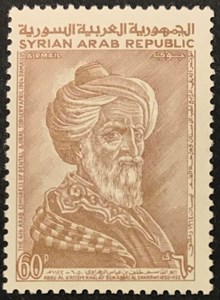 In urology, al-Zahrawi described the extraction of urinary bladder stones; he classified the types of stones, their presentation and medical treatment and pointed out the need for operative intervention, particularly in stones impacted in the urethra. He also elevated the ritual circumcision to an art of surgical dissection using designated scissors for the procedure. 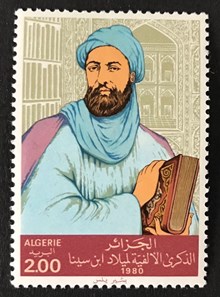 In urology, Avicenna wrote on uroscopy, his book provided valuable information on the use of the catheter and its development. It was said he was the first to use a flexible catheter to irrigate the bladder and treat urinary retention. He also illustrated some instruments, which may have been used for early bladder stone surgery.

In addition to being a physician he was considered a significant astronomer, thinker, and writer. He died in 1073 in Iran of a severe colic.

Known in Arabic as Ibn Zuhr his full name was Abu Marwan Abd al-Malik ibn Zuhr. He was born in Seville, Spain in 1090. After graduating from the University of Cordoba and with a brief stay in Baghdad and Cairo he started practising medical training under his father. He was one of the greatest medieval clinicians. Known to be an intensely practical man, Ibn Zuhr opposed Avicenna’s teachings and heavily disliked medical speculation. 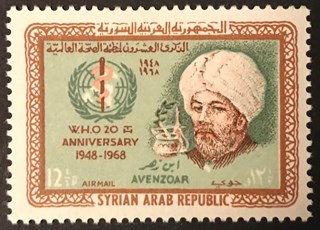 His book Practical Manual of Treatments and Diet was translated into Latin and Hebrew. It described pericarditis, mediastinal abscesses and outlined surgical procedures for tracheotomy, excision of cataracts, and removal of kidney stones. He also discussed excessive contraction and dilation of the pupil. He died in 1162 in Seville, Spain.

Averroes also known as Ibn Rushd was born in 1126 in Cordoba, Spain. Ibn Rushd was heavily invested in reading and writing books. It is said that he only missed reading on the day he got married and the day his father died. In over 20,000 pages, Ibn Rushd wrote on topics covering philosophy, medicine, logic, jurisprudence and animal life. 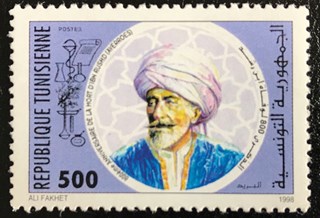 In medicine, Ibn Rushd was eager to learn about anatomy. He also had views on neurology, neuroscience, and defined Parkinson’s disease. His book The Colliget (al-Kulliyat) was translated into Latin and Hebrew and was taught across Europe until the 18th century.

In urology, Averroes wrote on renal physiology and anatomy in addition to the management of urolithiasis.

Moses Maimonides, whose name means Moses son of Maimon, was born in Cordoba, Spain in 1138 and died in Cairo, Egypt in 1204. He was a Jewish doctor and his family moved from Cordoba to Fez, Morocco and finally settled in Cairo. He became a famous doctor in Egypt and was one of Saladin ibn Ayyub’s doctors. It is said he declined an offer from Richard the Lionheart to become his personal physician. 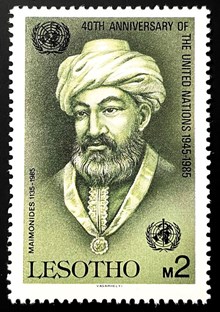 Maimonides’ achievements in medicine were cited by many medieval authors. He wrote in many different medical fields including on haemorrhoids, cohabitation, and poisons and their antidotes. He also wrote a glossary of drugs in Arabic, Greek, Persian, Berber, and Spanish.

In urology, he wrote on urinalysis and on sexual intercourse, giving recipes for aphrodisiacs.

The final stamp depicts a fictional scene where three historic doctors of this period meet, a Muslim, a Christian and a Jew: Al Jazzar (895-979), Constantine Africanus (d. c1099) and Isaac Judeus (c832-c932). This references the legend that three doctors from these three different faiths combined their knowledge to form the first Western medical school at Salerno in Italy (some sources say there was also a Greek). 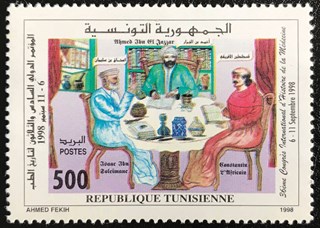 Although this is just a legend and these three certainly never met (although Al Jazzar may have been the pupil of Isaac, and Constantine translated their works many years later in Salerno), it is true that the great Arabic centres of learning welcomed Christian and Jewish scholars as well as Muslims. Learning was encouraged in the great royal courts of the Arabic world and this preserved the ancient writings of the Romans and Greeks. The scholars added to these and their works were subsequently translated from Arabic and Hebrew back into Latin and re-entered the learned centres of the West. 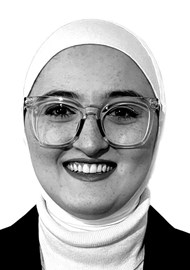