Who was Zoon?
By Jonathan Charles Goddard

Eponyms are frowned upon in modern medical teaching but, as a medical historian, I delight in them and the dermatology we see in urology clinics affords me a good collection to investigate.

Jean Fournier (1832-1914) was Professor of Dermatology at l’Hôpital St Louis in Paris. His name is associated with the fulminating synergistic gangrene of the external genitalia and lower abdominal wall, which we all sadly come across now and then. Although we always call this after Fournier it was of course well described by others before him. When he was practising he was more noted for recognising the association between syphilis and tabes dorsalis.

Louis Auguste Queyrat (1856-1933) was a French dermatologist and syphilologist whose name is remembered for erythroplasia of the penis, which is carcinoma in situ of the glans and is now called erythroplasia de Queyrat. He described the condition in 1911. Queyrat was Head of the Dermatology Department of l’Hôpital Ricorda, a venereal hospital in Paris, from 1898 until 1923.

Carcinoma in situ of the skin of the penile shaft in contrast is generally called Bowen’s disease. John Templeton Bowen (1857-1940) was an American dermatologist. He qualified from Harvard Medical School in 1884, and then travelled through Europe to gain postgraduate training in dermatology in Berlin, Munich, and Vienna. He was appointed Assistant Physician to Outpatients for diseases of the skin at the Massachusetts General Hospital and in 1896 elected Instructor in Dermatology at Harvard Medical School. In 1902 he was appointed Assistant Professor and then Chief of Dermatology at Massachusetts General.

John Addison Fordyce (1858-1925) was an American dermatologist, whose name is associated with several dermatological diseases. Urologically, Fordyce’s spots and Angiokeratoma of Fordyce are genital lesions which often cause diagnostic confusion for the inexperienced. Fordyce graduated in 1881 from Chicago Medical College and then studied dermatology in Vienna and Paris. He settled and practised in New York, specialising in dermatology and syphilis. Behçet’s disease is a symptom complex of recurrent oral aphthous ulcers, genital ulcers, and uveitis. It was described in 1937 by the Turkish dermatologist Hulusi Behçet (1889-1948).

Behçet served as a doctor in the Turkish army during the First World War, specialising in dermatology and venereal diseases, which of course were common afflictions of soldiers. After the war, he travelled to Budapest and Berlin, to expand his knowledge. In 1923, Behçet was appointed as the Head Physician to the Hasköy Venereal Disease Hospital in Istanbul. Later he practised at Guraba Hospital, also in Istanbul and lectured at the medical school there. 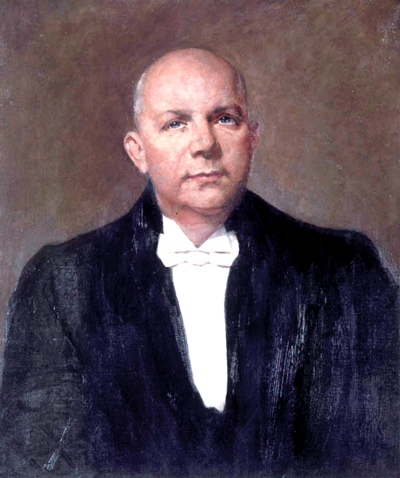 Finally, Zoon (pictured above). Professor Johannes Jacobus Zoon was born on 28 April 1902 in the Dutch village of Wijk en Aalburg. He trained at the medical school of Utrecht and in 1927 became an Assistant in the Dermatology Clinic in the State University Hospital there. In 1929 he became Chef de Clinique and succeeded to the Chair of Dermatology in 1946. He is described in his obituaries as “robust” but sadly he clearly suffered some severe and frequent illnesses throughout his life. He described ‘Zoon’s Balanitis’ in 1952 [1].

He died on 28 January 1958 but will live on forever in general urology clinics as do all those whose eponyms are linked to urological diseases both common and rare.

In the next article I will be looking at a famous surgeon whose name and eponymous instrument you will all be familiar with. But you may not make the urological connection to Sir Thomas Spencer Wells.