A review of the diagnosis and management of urethral caruncles
By Jen Clark, Louise Olson and Magda Kujawa

The innocuous urethral caruncle is the most common benign urethral lesion in females. It can pose a significant challenge to urologists due to the plethora of differentials and poor evidence surrounding management. In 1926, Ferrier eloquently described the macroscopic appearance of a urethral caruncle as “a grossly vascular tumour, pin-head to raspberry in size, sessile or pedunculated, generally single, located nearly always on the posterior rim of the female urethral meatus. It is red, congested, more so at menstruation, easily bleeding and often exquisitely sensitive” [1].

More recently (and less interestingly) caruncles have been defined as “a small single quadrant urethral prolapse typically affecting the posterior urethral meatus” [2]. In contrast to Ferrier’s description caruncles are often asymptomatic, but can present with haematuria, bloody discharge, pain, dysuria or obstructive symptoms [3].

The principle challenge with caruncles lies in the diagnosis and the need to exclude more serious lesions. Unfortunately, the list of differential diagnoses is long with multiple pathologies having very similar appearances. Kaneko et al. report 1.6% of excised caruncles contain carcinomas [3] and in a series by Conces et al. the rate of carcinoma was 12% (5/41) [4]. The overall incidence is unknown.

The female urethra is typically 4-5cm in length with mucosa composed of non-keratinised squamous epithelium anteriorly and transitional epithelium posteriorly. It is surrounded by layers of smooth muscle and vascular structures and supported by the urogenital diaphragm [5].

Caruncles are most common in post-menopausal women and in some cases pre-pubertal girls [6]. They are thought to arise due to reduced oestrogenisation of urethral smooth muscle leading to lack of support for the urethral mucosa. This urogenital atrophy allows the mucosa of the urethra to prolapse. Chronic irritation of the prolapsed segment leads to inflammation and granulation is thought to contribute to the outgrowth [5,7]. Another theory is that caruncles are an inflammatory process, occurring following recurrent urethritis and other inflammatory processes. Conces et al. who examined 41 excised caruncles describe the histological features as “included mixed hypoplastic urothelial and squamous lining, overlying a variably fibrotic, oedematous, inflamed and vascular stroma” [4].

There are multiple potential differential diagnoses for urethral caruncle, many of which look very similar. In the following table we describe the more common or serious lesions and how to differentiate them. 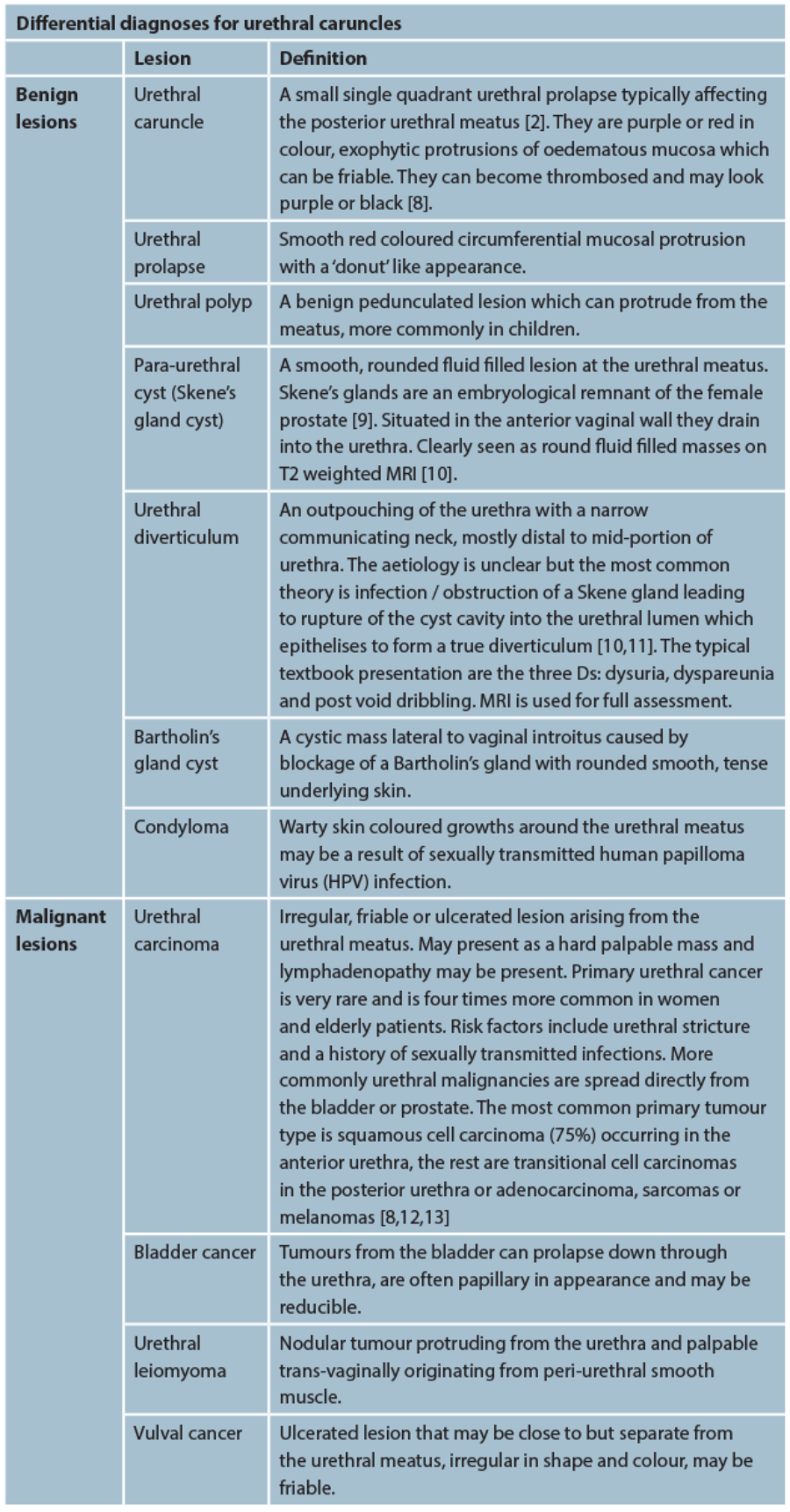 Patients will typically present with a range of symptoms and the caruncle may be identified incidentally. Symptoms may include lower urinary tract symptoms including bleeding, pain, dysuria or a mass [2]. Examination involves close inspection of the lesion and bimanual examination. If there are any suspicions, the inguinal lymph nodes should be examined. Investigations may include urinalysis and microscopy and culture. Further investigations will depend on individual symptoms and can include flexible cystoscopy, rigid cystourethoscopy, ultrasound / CT or hysteroscopy. For more complex urethral lesions, MRI can offer additional detail [10]. If there is any suspicion of a malignant pathology tissue biopsy is advocated. 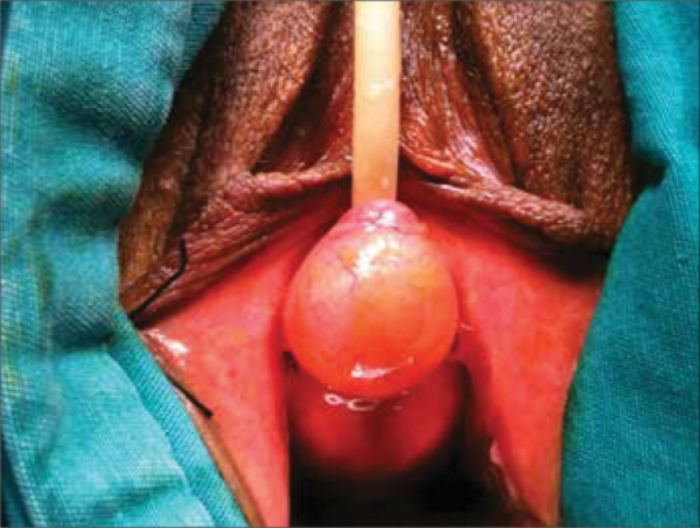 Most evidence for the management of urethral caruncles comes from case series and case reports with no randomised trials to date. In non-suspicious lesions a conservative approach is first line, which involves no active treatment, sitz-baths, topical oestrogens, topical anti-inflammatories or steroids [14]. Topical oestrogens are effective in low doses as either 10mcg pessaries or topical cream.

Surgical management is reserved for cases with severe symptoms, where conservative management has failed or where the diagnosis is uncertain. Several methods for surgical excision are described in the literature but the key steps include cystoscopy followed by insertion of a urethral catheter. Stay sutures can then be placed in the proximal epithelium to prevent mucosal retraction and meatal stenosis. The lesion can then be excised and the edges over-sewn with 3-0 or 4-0 absorbable sutures [2,14]. The ligation method described by Park and Cho [15] involves placement of a ligature at the base of the caruncle and allowing it to atrophy and fall off over a period of weeks. These authors state that the apparent advantage of this method is that it can be done without general anaesthetic. Following excision, the recurrence rate in one series of 41 cases was 7% [4] and the complications include postoperative bleeding, urethral retraction, recurrence or urethral stricture [2].

If a urethral caruncle is confirmed then the prognosis is excellent, in the absence of other pathology. There are no specific guidelines regarding the follow-up of urethral caruncles in the literature, however given their benign nature, if more serious pathology has been excluded and symptoms have been adequately treated, then the authors feel no specific follow-up is required. 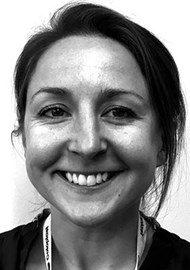 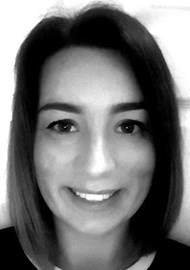 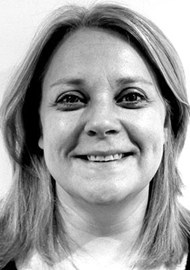