Urolithiasis is an increasing healthcare problem, with an estimated lifetime prevalence of up to 15% [1]. The number of interventions undertaken for stone disease has increased dramatically over recent years, particularly with respect to ureteroscopy and percutaneous nephrolithotomy (PCNL) [2]. Furthermore, even when stones are successfully treated, up to 50% of patients will suffer a recurrence within 10 years, such that the costs for patients with urolithiasis had already exceeded two billion dollars per annum in the USA by the year 2000 [3].

Although the focus on evidence-based management of urinary tract stone disease has increased, one of the key areas where the best choice of management still needs to be resolved by appropriately designed randomised trials is in patients with lower pole stones (LPS). LPS are the most common type of renal stone and the surgical management can be difficult due to the unfavourable position for spontaneous passage [4].

Treatment options for LPS include shock wave lithotripsy (SWL), retrograde intra-renal surgery (RIRS) or PCNL. SWL offers the advantage of a minimally invasive outpatient treatment, with a relatively short procedural time, but has limited success rates for stone clearance, ranging from 25-85% [5,6]. This is at least in part due to fragment expulsion rather than stone fragmentation per se, as the fragments generated during SWL can often remain within the calyx, where they may act as a nidus for recurrent stone formation [7]. For this reason, SWL success rates are particularly affected by unfavourable anatomy: long calyx (>10mm), narrow infundibulum (<5mm) and a steep infundibular-pelvic angle [7]. In addition, there are multiple contra-indications for SWL including pregnancy, bleeding diatheses, uncontrolled urinary tract infections, obesity, arterial aneurysms and anatomical obstruction distal to the stone [7].

The anatomical factors and the potential for stones with a particularly hard composition can be overcome with surgical approaches with either retrograde intra-renal surgery (RIRS) or PCNL, and both techniques have enjoyed technological advances including scope and access minimisation, and in the delivery of energy to the stone to help improve stone-free rates (SFR), whilst minimising surgical morbidity. PCNL, which has led the way in the management of large LPS since its first reported use in 1976 [8], has recently seen a step-wise sequence of miniaturisation, through ‘mini-PCNL’ to ‘ultra-mini’ PCNL and even ‘micro’ PCNL, using ever smaller access sheaths [9] in the attempt to maintain good SFR with low complication rates. Although the current evidence is limited, and therefore their widespread use is not fully established, randomised comparisons with standard PNL and / or RIRS will help inform future patients’ treatment choices.

In parallel with these changes, RIRS has similarly benefited from the development of smaller instruments and laser fibres, along with improved digital optics. These improvements, with or without the use of ureteric access sheaths, has allowed larger and larger stone burdens to be considered within the remit of a retrograde approach, hence the significant increase in the number of flexible ureterorenoscopic procedures that are performed nowadays. Indeed, recent evidence has prompted the European Association of Urology (EAU) guidelines to support RIRS as a first-line treatment option for all intra-renal stones <10mm (along with SWL), 10-20mm renal stones (especially in those with unfavourable factors for SWL) and as a second-line treatment option for stones >20mm (Figure 1) [7]. 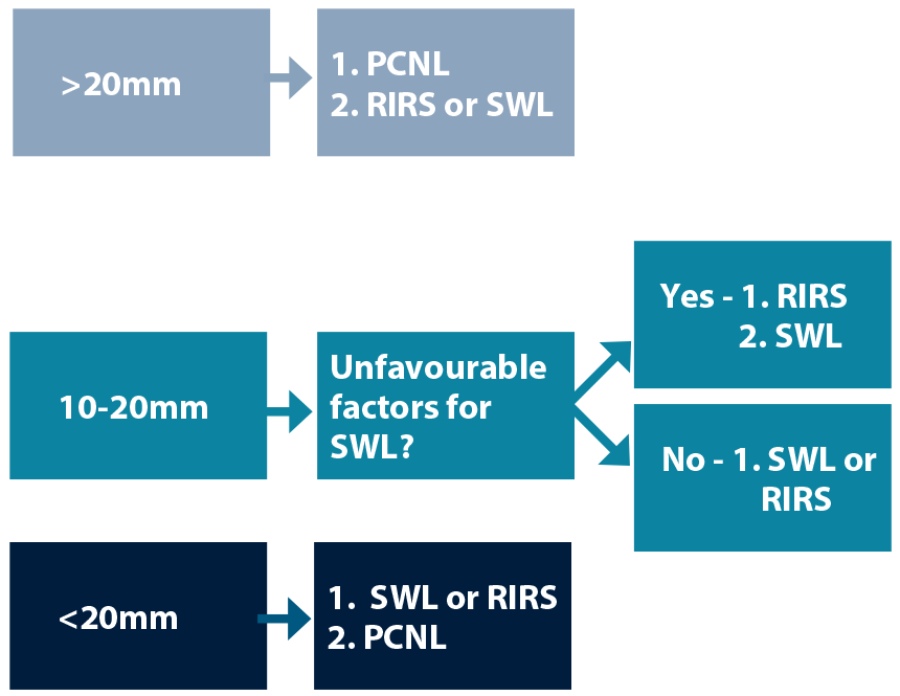 Figure 1: EAU guidelines for the management of LPS.

This synopsis will provide an overview of the current evidence basis for the management of LPS, specifically looking at direct comparisons of the procedures, for which several recent meta-analysis and systematic reviews for LPS treatment have been published. In total, seven randomised controlled trials (RCTs) that have addressed LPS have been reported, of which five have been published since the Cochrane systematic review for kidney stones in 2009 [10].

Before discussing the present, let alone considering the possibilities for the future, it is important to understand the past, for which the ‘classic papers’ for LPS are the two lower pole studies, which are rightly quoted when discussing the management of LPS, but which must be remembered are based on techniques and instruments that were in use more than a decade ago. The Lower Pole I study, published in 2002, compared SWL to PCNL in a prospective, randomised fashion for symptomatic LPS up to 30mm. With relatively small numbers (128 patients in total) the three-month SFR were 95% for PCNL and 37% for lithotripsy (P<0.001). Importantly, the key finding for patient counselling for treatment choices was the limited success rate of SWL with increasing stone size; particularly for calculi >10mm, with only 21% becoming stone free. Reassuringly, morbidity was low overall, and with no significant difference between the groups [11].

“The introduction of miniaturised PCNL equipment has pioneered a whole new scope for the management of LPS.”

The Lower Pole II study, first published as an abstract in the Journal of Urology in 2003, compared SWL, RIRS and PNL for LPS [12]. As part of this initial study, patients with LPS 10-25mm were randomised to receive either RIRS (13 patients) or PNL (15 patients). PNL demonstrated a better outcome with respect to SFR at three-months (67% versus 46%), but due to low numbers the result was not significant (P=0.29). The applicability of this study to current practice must be questioned, given the developments that have been made in the last 10 years that show superior SFR despite larger intra-renal stone sizes being treated [13], but this data from the Lower Pole II study remains the only direct randomised controlled comparison of RIRS versus PNL for LPS.

The current status of RIRS vs. ESWL vs. PCNL

A recent meta-analysis and systematic review from Professor Sam McLinton’s group in Aberdeen has helped address the best available data to determine the role of RIRS versus SWL in the management of LPS. In this analysis, Donaldson et al. found that, due to clinical heterogeneity, the only outcome suitable for comparison from five randomised controlled trials comparing RIRS with SWL was SFR at three-months, and showed an overall risk ratio (RR) in favour of RIRS of 1.31 (1.08-1.59) [4]. Importantly, the RR of RIRS over SWL was more pronounced for stones 10-20mm (RR=1.50; CI 1.20-1.87), but diminished substantially for stones ≤10mm, RR=1.11 (1.03-1.19), thereby supporting the common clinical practice of a trial of ESWL for most patients with LPS <10mm. No statistically significant difference was identified in complication rates between the procedures.

When considering patient-reported outcomes in LPS <10mm, in the full Lower Pole II article, Pearle et al. found that SWL was associated with an improved quality of life, shorter recovery and less analgesic requirements than RIRS [14]. However, Singh and colleagues have more recently reported significantly higher satisfaction with RIRS, and comparable convalescence in patients with LPS 10-20mm [15]. These conflicting findings, together with individual stone, renal anatomy and patient circumstances (including their self-reported willingness to undergo the same procedure again) make it difficult to draw any firm conclusions regarding the ‘better’ technique between ESWL and RIRS [4].

As far as PCNL vs. ESWL is concerned, a rigorous contemporary search of the literature identified only one further randomised trial since the Lower Pole I that has directly compared PCNL with SWL [16]. The heterogeneity in the clinical protocols of these two studies (particularly number of treatments delivered) limits the consistency of the data for combination, although the meta-analysis data showed a significant benefit for PCNL over SWL with three-month SFR reported to be 96.2% versus 46.1% respectively (RR=2.04; CI 1.50-2.77). Complications were poorly reported in both studies, with no significant differences between PCNL and SWL apparent [11,16].

Kuo et al. (2003) in the Lower Pole II study randomised patients with LPS 10-25mm to either RIRS or PCNL [12]. As discussed earlier, PCNL demonstrated better outcomes with respect to SFR, but due to low patient numbers the result was not significant. Unfortunately other direct comparisons between RIRS and PNL are limited, and this unquestionably is a subject that needs addressing in the contemporary literature.

The future of LPS treatments

As mentioned above, both RIRS and PCNL have seen considerable changes in recent years. The introduction of miniaturised PCNL equipment has pioneered a whole new scope for the management of LPS. With the introduction of the mini, ultra mini and micro PCNL techniques, and with access sheaths as small as 4.8Fr emerging, the management of renal calculi is ever changing. Preliminary results of the use of this miniaturised technology are reassuring, but the studies are still small and long-term data is inevitably insufficient at this stage [17-20].

A recent meta-analysis and systematic review examined the role of all three techniques for LPS [5]. Although the authors are commended in their efforts to include all relevant literature, involving 14 studies (2142 patients), the inclusion of eight retrospective case control series does limit the quality of the evidence upon which strong recommendations can be drawn. The conclusions made are pertinent in comparing treatment methods. PNL is found to have the highest SFR at the expense of longest hospital stay; SWL has the shortest procedural time with the lowest SFR and highest retreatment rate. RIRS has a high SFR, whilst having the longer operative time.

Despite the high prevalence of LPS and the distinct treatment options available, it remains a challenge to answer the question ‘What is the best treatment for LPS?’ [21]. No single treatment is perfect, especially with differing SFR dependent on stone size. Innovations in endourology continuously emerge, both in the literature and in clinical practice: advances in technology with smaller scopes with better manoeuvrability have enabled the endoscopic surgeon to treat larger stones using RIRS techniques, with good SFR [22,23]. PCNL techniques are being completely re-fashioned with the introduction of ever more miniaturised equipment.

What is evident is the importance of maintaining a contemporary evidence base to support our practice. Prospective, randomised controlled trials are fundamental to evaluating novel therapies, and the defining RCT comparing RIRS to PNL for different sized stone, with large numbers of patients and robust quantitative and qualitative outcomes measures is still to be conducted. In the absence of this, collaboration with data collection to provide better answers for patients with lower pole stones should be encouraged. 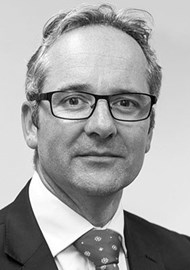