In September 2015, I travelled to India for a two-week clinical visit with Professor Madhu Sudan Agrawal at the Global Rainbow Hospital, Agra. Having completed my training I wanted to further develop my skills with PCNL, particularly with regards to tract formation. Therefore, my objectives for this visit were to gain PCNL access experience, ideally ‘hands-on’, and observe some mini-PCNL.

With a short gap between finishing training and starting my consultant post, I felt the Asian ‘stone belt’ provided the best opportunity for a high volume of stone surgery in this limited timeframe. One of my previous trainers recommended I visit Prof Agrawal. Following some email correspondence, he kindly accepted me for a visit.

Prof Agrawal is an internationally recognised expert in endourology and a pioneer in PCNL surgery. He has published widely on the subject in national and international journals. He has performed thousands of PCNLs and is regularly on the faculty at worldwide meetings. In 2015, he was awarded the Presidents Gold medal by the Urological Society of India.

My journey to India started with a lost bag on my flight between London and Delhi, following this was a three-hour taxi ride from Delhi down to Agra. Upon arriving in Agra I received a very warm welcome from Prof Agrawal and his wife, with a kind loan of some clothes and a toothbrush.

Agra is in the North Indian state of Uttar Pradesh approximately 200km south east of Delhi. It is most famous as being home to the Taj Mahal. It has a population of approximately 1.7 million, being the 19th most populated city in India. There are approximately 20 urologists practising in Agra.

A routine day started with an inpatient ward round. Following this was the outpatient clinic, which was based at Prof Agrawal’s residence; very few of the patients spoke any English but it was an interesting experience. It was a real change witnessing patients being responsible for all of their own notes and scans. Urology theatre started daily at around 17.00. The caseload varied each day but would typically consist of around five cases and would run until all the cases were completed, normally this was around 21.30-22.00. Although varied, the majority of cases were stone related. 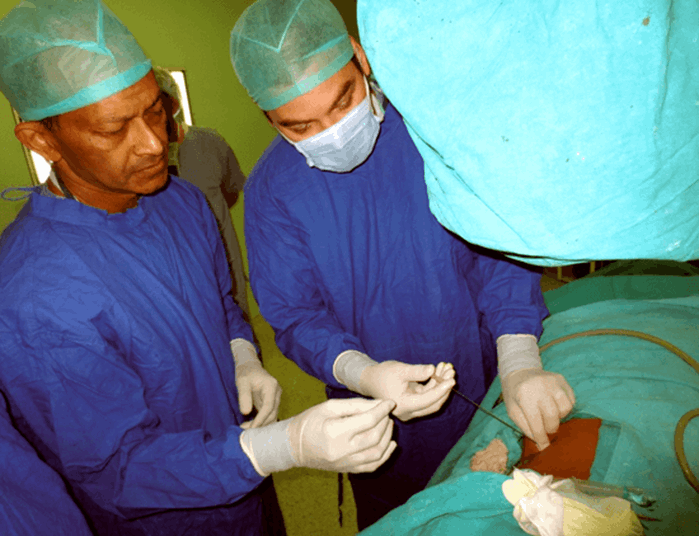 Prof Agrawal is not only an extremely talented surgeon but also a fantastic trainer. Within a couple of days, I was having ‘hands on’ experience with ultrasound and fluoroscopy guided access. In selected cases I also went on to complete the PCNL. Throughout the cases Prof Agrawal would continually describe tips and tricks in PCNL surgery.

The volume of stone work was astonishing compared to the UK. By the end of 10 operative days I had observed and / or performed around 25 percutaneous procedures including multi-tract punctures and mini-perc. This surpasses my entire PCNL experience over the previous five years as a registrar.

Virtually all PCNL cases were performed prone under spinal anaesthesia. Access was achieved with a combination of ultrasound and fluoroscopy. In contrast to the UK the flexible ureteroscope for stone cases remained almost untouched during my visit due to the popularity and success of mini-perc.

An Indo-Turkish endourology meeting organised by Prof Agrawal was held at the hospital during my stay. This provided the opportunity to observe renowned surgeons Dr Pawan Gupta and Professor Rajesh Ahlawat perform a selection of cases including laparoscopic ureterolithotomy.

I also visited some other local hospitals, including the Asopa Hospital, observing some reconstructive hypospadias surgery and also a charity hospital in nearby Mathura to observe PCNL.

At the outset I was unsure how much experience I would get from a two-week visit, but I found I learnt an incredible amount in this short time. The visit gave me confidence in starting my own PCNL practice back in the UK, particularly not having reliance on the radiologist for access. I wouldn’t hesitate to recommend this clinical visit to other urologists with an interest in PCNL.

I am appreciative for the financial support from the Norman Gibbon Urology Travelling Fund. My thanks to Mr V Srinivasan for his support in arranging this visit and to Prof Agrawal and his team for being so welcoming and making my trip so rewarding. 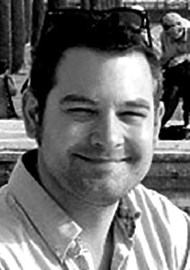