“It’s no fun to have HIV even though it’s viewed as a chronic,  controllable disease. It means being wedded to the health system.”

The human immunodeficiency virus (HIV) is a lentivirus that causes the acquired immunodeficiency syndrome (AIDS), a condition in humans in which progressive failure of the immune system results in life-threatening opportunistic infections and cancers. Without treatment, average survival time after infection with HIV is estimated to be 9 to 11 years. AIDS itself was first described in 1981, and HIV subsequently identified in 1986. By 2012 an estimated 35 million people were living with HIV worldwide, although the incidence of new cases is decreasing [1]. In the UK they have continued to decline from a peak at 7892 in 2005 to 6000 in 2013 [2]. Where previously the focus of urological complications in HIV patients was atypical infections, tuberculous disease and retroperitoneal malignancy; the introduction of highly effective anti-retroviral therapies has shifted the management paradigm from AIDS defining illnesses to those of chronic diseases of ageing.

• Genital infections: These are characterised by viral and sexually transmitted infections. Human papilloma virus (HPV) 6/11/16/18 associated condylomata and (HSV) 2 herpes vegetans can mimic penile cancer. Treatment is local fulguration or topical fluorouracil in the case of HPV, or acyclovir / famciclovir/diofovir +/- imiquimod in HSV. Rarely condylamata of HPV can occur in the urethra and bladder, requiring resection. Florid disease has been successfully treated with chemo-radiotherapy. Genital ulcers are usually caused by sexually transmitted diseases (STD) such as genital herpes and syphilis. Occasionally they can occur as part of a systemic illness secondary to cytomegalovirus (CMV) or herpes zoster. Co-infection with syphilis increases the HIV blood viral load and decreases the CD4 count. Genital ulcer disease also increases the risk of HIV transmission. Diagnosis is made by viral swabs of the ulcer bed and blood serology. Cellulitis of the perineum and Fournier’s gangrene also occur more commonly in HIV patients.

• Urinary tract: Urinary tract infection (UTI) is common in HIV patients. The likely culprit remains E.coli, and work-up for these patients should be similar for other simple and complicated infections in immunocompetent individuals. However, unusual bacteria and atypical infections can occur. Pseudomonas aeruginosa is seen in up to a third of HIV patients with UTI [3]. More unusual fungal, viral, mycobacterial and parasitic infections are outlined in Table 1, and highlight the need to ensure cultures are obtained prior to commencing any anti-microbial treatment. Broad spectrum antibiotics should be avoided. In autopsy studies renal tuberculosis (TB) was identified in 6-23% of patients with AIDS. Twenty percent had subclinical disease. TB diagnosis requires serial early-morning urine cultures (at least three) for acid-fast bacilli (AFB), with a sensitivity of 65% and a specificity of 100%, but can take up to six weeks. More rapid diagnosis can be achieved with PCR assays if available. TB is associated with renal and psoas abscesses. Emphysematous pyelonephritis is seen in HIV patients, however, without the common associations with diabetes mellitus, obstruction and urolithiasis. Prostatitis is more common in men with AIDS affecting up to 14% [3].

Acute and chronic renal dysfunction is more common in men with HIV. This may occur due to intrinsic renal issues, nephrotoxic medication (Table 2), or post renal obstruction secondary to retroperitoneal malignancy or stone disease. HIV associated nephropathy (HIVAN) typically occurs in patients with low CD4 counts and high blood plasma viral loads (BVL). The condition is characterised by severe proteinuria (>3.5g/day) and a histological diagnosis of focal segmental glomerulosclerosis. Treatment consists of ART, angiotensin-converting-enzyme (ACE) inhibitors, steroids and dialysis. The one-year mortality is as high as 30% [5].

As life expectancy on ART has increased so has the risk and incidence of chronic kidney disease (CKD). HIV infection should not preclude a patient from being considered for renal transplant. From 2005 UK national guidelines support kidney transplant in HIV positive patients if CD4 counts are >200cells/mm3 and have undetectable viral ribonucleic acid (RNA) levels for up to six months prior to surgery. A recent UK series demonstrated an elevated risk of acute graft rejection, but acceptable short-term outcomes with overall survival of 91.3% at three years [6].

The prevalence of stone disease in the general population is increasing in part due to a rise in obesity, and diets high in salt and purines. This is reflected in patients with HIV / AIDS who are also at increased risk from the specific use of protease inhibitors and general factors such as malnutrition, dehydration, hypocitraturia and urinary acidification. The protease inhibitors (PI) indinavir, lopinavir, atazanavir, darunavir, amprinavir and nelfinavir are all cleared renally and can potentially form crystals and stones. It is estimated that 5-25% of patients on indinavir treatment have stone disease [7]. Recent studies have shown that the incidence of stones is even higher on atazanavir, which is of clinical significance as it is now being widely prescribed in first-line ART due to its advantages of once-daily dosing, high virological efficacy and lower rates of gastrointestinal disturbance than other PI’s [8]. PI stones provide a diagnostic challenge as they are radiolucent on plain radiography and CT. If there is clinical suspicion supported by findings of hydronephrosis, perinephric stranding, and / or filling defects on contrast studies, the patient should be managed with primary ureteroscopy.

There is a relatively high incidence of erectile dysfunction in HIV positive men on ART. It remains controversial whether the ART itself is the cause or a result of multiple factors including psychosocial issues. Management of these patients should follow the same principles as with the general population. Clearly an ethical issue arises in whether men re-acquiring erections will pursue high-risk behaviour. Studies have suggested that is not the case, and that good erections facilitate effective condom use [9]. ART drugs such as ritonavir and saquinavir block activity of the CYP3A enzyme leading to a 3-10 fold increase in the serum concentrations of the PD5i sildenafil; thus dosages should be reduced in men on these particular ART’s [10].

Infertility may occur secondary to testicular atrophy. This may be in part due to disruption of the hypothalamo-pituitary axis, HIV infection itself, secondary infection or pharmacotoxicity. Semen analysis characteristically shows oligoteratospermia. Approximately 5% of men on ART with an undetectable viral load have detectable HIV in their semen. HIV is present in the ejaculate as a free virus but also in the acrosomal head of spermatozoa. Assisted conception (sperm washings, intracytoplasmic sperm injection) in sero-discordant couples may reduce the risk of transmission.

Entero-vesical fistulae may be a result of bladder involvement by KS, NHL, TB or cryptosporidiosis, and should be excluded in any patient with recurrent UTI or pneumaturia.

Three large randomised prospective clinical trials have demonstrated a 50-60% reduction in the risk of HIV infection following circumcision [15]. This is demonstrable only in transmission from woman to man and not vice versa, with outcomes between homosexual men unclear. The mechanism behind this is threefold: in reducing the number of HIV target cells, improving the keratinisation and hence protection of the glans from abrasions, and reducing the risk of local balanoposthitis which recruits Langerhans cells, another target of the HIV virus. Circumcision undertaken for this indication must be accompanied by adequate counselling to avoid subsequent high risk behaviour. 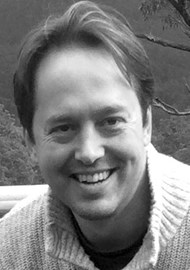 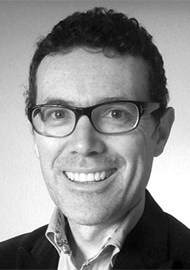