In the last history article we came across Sir Henry Morris, former President of The Royal College of Surgeons of England and the first surgeon to open a non-dilated kidney to remove a stone. I promised to write this time about a new acquisition to the Museum of Urology and this is linked to another famous surgeon, also knighted, Sir Eric Riches (Figure 1). 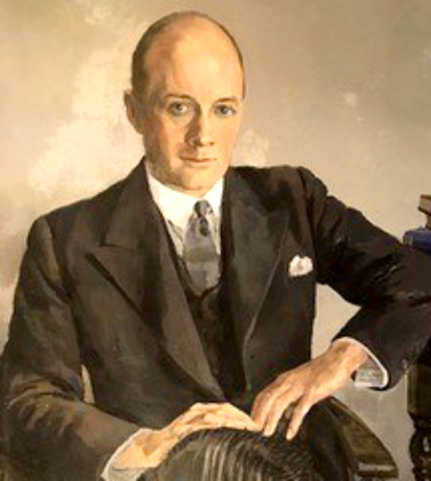 One of the reasons the Museum of Urology was created was to collect and share antique urological instruments with all. To this end, as well as photographing private and hospital collections to display in the Museum many old instruments have been kindly donated. At the BAUS Retired and Honorary Fellows Meeting in July last year, the Museum of Urology was given two boxed cystoscopes. As well as being nice examples of post war, pre Hopkins, bulb lit cystoscopes, these instruments have a particular provenance. They were given to the Museum by Mr Peter Worth, a former Consultant Urologist at St Peter’s Hospital; they were given to him by Sir Eric Riches and Sir Eric designed them (Figure 2 and 3). 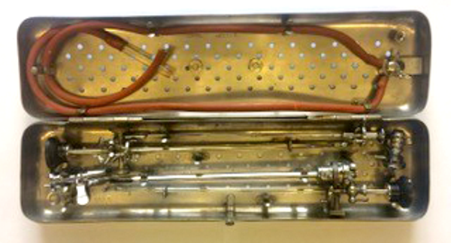 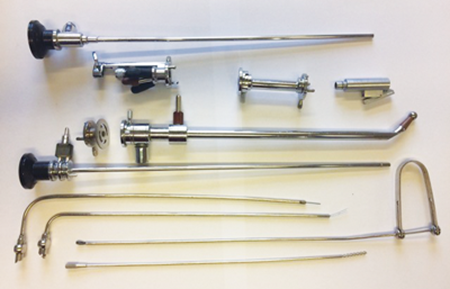 The first practical cystoscopes were designed by Max Nitze and Josef Leiter, of Germany and Austria respectively. They were introduced in 1887 and within the year were being used in Great Britain, their advantages being espoused mainly by Edwin Hurry Fenwick of The London Hospital. The instruments were imported from Vienna and Berlin but soon British surgeons were asking their instrument makers to alter them and designing their own. By 1888 Mr Whitehead of Manchester had already asked Leiter to make him a larger 40Ch version. New designs came from home and abroad and soon there were several types of cystoscope in many hospitals.

As is sometimes still found today, instruments from different makers were not interchangeable and this could cause frustration if different attachments were required during an endoscopic operation. In 1955 Eric Riches, urologist at the Middlesex Hospital proposed a standardisation of the irrigation, lighting and locking systems of British cystoscopes. Riches insisted he did not wish to curb individual ideas for subsequent improved designs of cystoscopes but to merely make instruments easier to make and use. He approached the Genitourinary Manufacturing Company of London to make his new universal cystoscope, acknowledging the help of Mr Schranz and Mr Bean of the company in making the optics and biopsy forceps respectively. The Riches cystoscopes were popular, we have other examples in the Museum of Urology, and it bears thought that it takes a singular and confident urologist to suggest the whole country all adopt his design of such a widely used instrument. Certainly, Sir Eric Riches was one of the most prominent British urologists of the 20th Century.

Eric William Riches was born at Alford, Lincolnshire, on 29 July 1897. His father was a teacher and he was educated in the local village school and then the Grammar school, where he won a scholarship to Christ’s Hospital. A further scholarship won him a place at the Middlesex Hospital Medical School; however, the year was 1915 and he deferred his place to fight for his country. During the First World War he was an infantry officer serving with the Lincolnshire regiment and later with the Suffolk regiment. In 1917 Riches won the Military Cross for bravery on 26 August at Hargicourt, on the Somme. His actions were cited in the London Gazette:

“For conspicuous gallantry and devotion to duty. When in charge of an ammunition dump which was set on fire by an enemy shell, with the aid of a corporal, under heavy shell fire, he rushed at once to put out the fire; rifle grenades were exploding at the time in the dump. By his prompt action in putting out the fire, the destruction of the dump and loss of life were averted. He displayed great coolness and courage.”

After the war he took his place at the Middlesex where he won the second year exhibition, the Lyell Gold Medal in surgery and a Senior Broderip Scholarship. He developed an interest in surgery and was appointed to the Middlesex Hospital in 1930 as a general surgeon specialising in urology. He was particularly interested in renal cancer and was a very fine surgeon; many flocked to watch him.

Riches continued to excel and win prizes; he was Hunterian Professor at the Royal College of Surgeons twice as well as Jacksonian Prizeman, Bradshaw Lecturer, Arnott Demonstrator and Gordon-Taylor Lecturer. He was President and Lettsomian Lecturer of the Medical Society of London, President and Orator of the Hunterian Society and at the Royal Society of Medicine he was a Vice-President, Honorary Librarian and President of the Clinical, Surgery and Urology Sections. 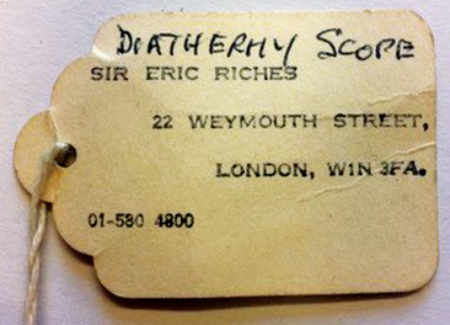 Figure 4. The address label from one of the cystoscopes: 22 Weymouth Street, the birthplace of BAUS.

Eric Riches was one of the founder members of BAUS; in fact the first meeting of this group of interested urologists took place at his house at 22 Weymouth Street on 11 December 1944 (Figure 4). Riches was the first Honorary Secretary of BAUS and was made President in 1951. He won the BAUS St Peter’s Medal in 1964. As Vice President of the International Society of Urology (SIU) he chaired the 13th Congress in London in 1964. Eric Riches was knighted in 1958.

Although he retired in 1962 Sir Eric continued his active private practice and required “firm encouragement” from his colleagues to finally stop the work he loved. Even then he continued to take an active part in many urological meetings. Sir Eric Riches died at the age of 90 on 8 November 1987.

The cystoscopes donated to the Museum of Urology are not merely fine examples of these instruments but form a direct link to one of the most famous British urologists of the 20th Century and a founder member of BAUS.