This month’s history story was inspired by a question from one of my ‘check cystoscopy’ patients, “Mr Goddard, tell me again, why did you put TB in my bladder to cure my cancer?” My standard reply to this is, “Well, in the olden days they found that people with TB were less likely to get cancer and we now know that if we put TB in your bladder it stimulates your immune system to kill it!” It’s a bit of a hard sell isn’t it, in this aseptic, antibiotic-covered world, give you an infection to kill your cancer?

In the Ebers Papyrus (c 1550 BC), an Ancient Egyptian medical text attributed to the physician / God Imhotep (c 2600 BC), tumours, it is said, should be covered with a poultice and then cut open. Generally speaking, in the history of medicine, things used as poultices aren’t very nice, not terribly clean and sometime downright dirty. Could opening tumours and applying poultices which were certainly not sterile, probably infected, sometimes with known noxious substances such as animal faeces, have stimulated the immune system and led to remission? It seems unlikely this would have been a frequently successful cure; but it only takes one success or partial response to encourage future trials. It is reminiscent of the laudable pus theory of keeping surgical wounds open to encourage yellow (Staphylococcal) pus in the hope of avoiding clear and fatal (Streptococcal) pus. There are several historical reports of cancers, which became repeatedly infected, subsequently resolving.

Take St Peregrine Laziosi (1265-1345) for example. He developed a leg sore, which his doctors diagnosed as a cancer requiring amputation. The tumour became so horribly infected that no one could bear to stand within smelling distance. It is said that when the surgeon came to cut off his leg, the cancer had shrunk away! Whether that was divine intervention or a combination of macrophages and T cells (or indeed if it was just a nasty sore leg which got better) I will not speculate, but he is now the patron saint of cancer sufferers.

One man who did think a lot about this was Dr William Bradley Coley (1862-1936) of New York. After failing to save a 17-year-old patient with a sarcoma he began researching this condition and came across a case report of a man whose sarcoma of the cheek continued to grow despite two attempts at resection and yet resolved following a postoperative infection with erysipelas (Strep. pyogenes). Coley tracked the patient down, an immigrant living in New York’s Lower East Side, and confirmed he was still tumour free seven years later. He began purposely infecting tumours with pus; as you might expect, the results were mixed. However, there were some good responses. He then changed to using attenuated or killed S. pyogenes and Serratia marcescens bacteria with better results, finally marketing this vaccine as ‘Coley’s Toxins’. Indeed, his first case, a man with an extensive bladder sarcoma extending into the pelvis and abdominal wall resolved, the patient surviving for a further 26 years.

What about my story that TB patients were less likely to get cancer? That comes from a 1928 paper by Raymond Pearl (1879-1940) of Johns Hopkins and I’m afraid it’s wrong! He carried out a very comprehensive and detailed study of 816 autopsies of patients with malignant tumours and 816 autopsies of control individuals without evidence of malignancy. He found less cancer in those patients with active TB and concluded that TB protects against cancer. The controls were carefully matched to cases by sex, race and cause of death, but Pearl had not taken into account that many of them were in Johns Hopkins because of their TB and were thus a biased group. The statistical mistake cost him his promotion and has rather spoiled my BCG patient story.

So, let’s look at BCG and some of the people who brought it from lab to bladder. Tuberculosis has been a scourge of mankind for millennia and remains the highest cause of infective mortality in the world. The organism, Mycobacterium tuberculosis, was identified by Robert Koch (1843-1910) in 1882, but tuberculin, derived from it by boiling was ineffective as a vaccine. A live vaccine was required, but live TB was just too dangerous.

In 1902, Edmond Isidore Etienne Nocard (1850-1903) a French veterinary and microbiologist and a pupil of Pasteur, isolated Mycobacterium bovis from a cow with tuberculous mastitis. Unfortunately, the culture had a tendency to clump and was difficult to process. In 1908, two scientists working in the Pasteur Institute in Lille resolved this; they were Calmette and Guérin (Figure 1). 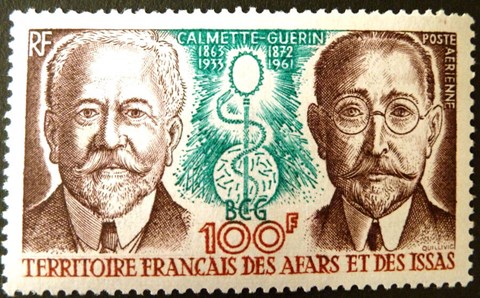 Figure 1: Calmette and Guérin depicted on a 1972 stamp.

Leon Charles Albert Calmette (1863-1933) was born in Nice and began his career as a French naval surgeon. Deployed to Hong Kong, he met the English tropical medicine pioneer and filariasis expert Patrick Manson (1844-1922). He also studied sleeping sickness and blackwater fever in the Congo and so developed an interest in tropical medicine and infectious disease. He became head of the Pasteur Institute in Saigon and then in Lille and later Paris.

Jean Marie Camille Guérin (1872-1961) was born in Poitiers and studied as a veterinary at the Ecole Nationale Vétérinaire d’Alfort under Edmond Nocard. It was he who recommended him as an assistant to Calmette. In 1948 he was elected chairman of the First International Congress on BCG (Fig 2). 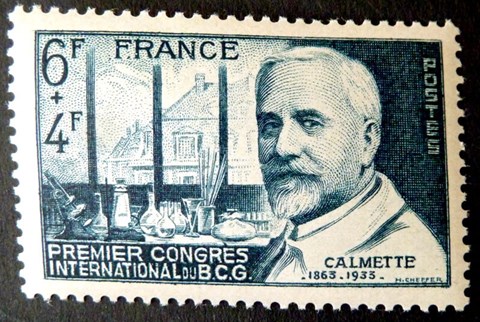 Figure 2: Albert Calmette on a stamp issued to commemorate the First International Congress on BCG in 1948.

Calmette and Guérin added bovine bile to the standard culture medium of glycerine and potato broth. This prevented the clumping and allowed them to make multiple subcultures, each pass slightly reducing its virulence. By 1913 they felt it was ready, but the First World War delayed their progress, although they continued to work despite the German occupation with its wartime rationing of potatoes and ox bile for their culture. By 1920 the culture had been put through 231 passages and it did not cause active TB when injected into guinea pigs, rabbits, cows or horses. It was a virus fixe, killed, attenuated and safe. They called it Bacille Bilie Calmette-Guérin, the Bile bacillus of Calmette and Guérin, although they quickly dropped the bilious part and it became BCG.

The first human administration of BCG was by Benjamin Weill-Halle (1875-1958) and Raymond Turpin (1895-1988) at the Charité Hospital, Paris, on 18 July 1921. It was given to the baby of a woman who had died of tuberculosis a few hours after giving birth; incidentally it was given by mouth. 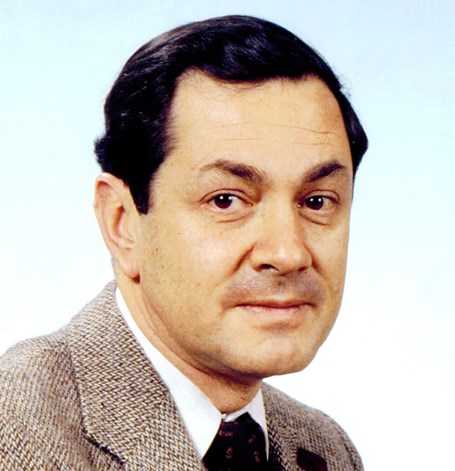 Figure 3: Alvero Morales
(image by permission of the Historic Archives of the Canadian Urological Association).

It was many years later that BCG ended up in the bladder. In 1976, Alvaro Morales (Figure 3), a native of Bogota in Columbia working in Kingston, Ontario, Canada published a paper showing that intravesical BCG led to a 12-fold reduction in superficial bladder cancer recurrence. As is often the case, it was a combination and consolidation of ideas that has spurred Morales on to use BCG in the bladder. Following the Second World War there had been a renewed interest in the association of TB and cancer treatment.

BCG had been used in the experimental treatment of leukaemia and melanoma, including a bladder melanoma where the BCG was injected cystoscopically. It was proposed that BCG use in cancer would best work if directly applied to small tumours at a high concentration; bladder cancer seemed a perfect opportunity. It was known that vaccines often require booster doses to make them effective and evidence showed the bladder’s reaction to BCG lasted about a week, so weekly instillations were used. A course of six was given (and still is); this, rather more amusingly, was based on the fact that in 1976 the BCG vaccine from the Institut Armand Frappier in Montreal came in a box of six! Subsequent studies have shown it was a good guess. This small study was soon backed up by National Cancer Institute trials by Donald Lamm in Texas and Harry Herr at Memorial Sloan Kettering, showing that BCG does indeed prevent recurrence and progression of superficial bladder cancer.

Further research in 1980 showed it could be used to treat existing bladder cancer in the form of carcinoma in situ. BCG was the first successful immunotherapy against a solid human cancer. It works by causing a strong immune response leading to activation of T-lymphocytes and macrophages culminating in the death of cancer cells. The association between infection and potential cancer remission has been recognised for a long time, if not fully understood. I think I can still justify my simple patient summary of why we put TB into someone’s bladder; anyway, if I try and expand on it, I’ll never finish my flexi list.