A sarcoma is a malignant tumour that originates from mesenchymal cells such as adipose tissue, bone, cartilage and smooth muscle. Although these tumours histologically do not originate from the urogenital tract, urologists are often involved in their diagnosis and management when they arise in the genitals or in the retroperitoneum.

They most commonly arise from the spermatic cord, epididymis, testis (paratesticular structures) and can extend into the inguinal canal or retroperitoneum. Inguino-scrotal sarcomas are very rare despite the fact that they comprise the most common urological soft tissue malignancy in adults [1].

Inguino-scrotal sarcomas can present as paratesticular, spermatic cord tumours or retroperitoneal tumours extending into the inguinal canal and scrotum. These tumours can be either benign or malignant.

Benign lipomas are the most common paratesticular or spermatic cord tumour. They almost never transform into malignant liposarcoma which is the case for other benign mesenchymal tumours. Therefore, it is more likely that malignant tumours arise de novo as opposed to undergoing malignant transformation from their benign counterparts. Benign paratesicular tumours include lipoma, leiomyoma, adenomatoid tumours, fibroma or haemangioma.

Liposarcomas can be categorised into five categories based on the World Health Organization:

The first two are considered low grade and the last three high grade.

Inguino-scrotal sarcomas will manifest as painless palpable lumps which tend to be large in size once noticeable. They are often mistaken for inguinal hernias, lipoma of the cord or testicular tumours. They are often asymptomatic apart from the presence of a mass. The diagnosis is usually made perioperatively or histologically after they have been locally excised [5].

Ultrasonography will demonstrate a solid mass but it may not distinguish between benign and malignant pathology. It may also be difficult to differentiate between a sarcoma and germ cell tumour. Any solid mass in the scrotum external to the tunica albuginea should be suspected and explored through the inguinal canal. Ultrasound has been found to have a sensitivity of 95-100% in distinguishing between extratesticular and intratesticular tumours. Paratesticular sarcomas are seen as heterogenous hypervascular tumours on ultrasound [6]. Liposarcomas are heterogenous with varying amounts of fat and hyperechoeic areas [7].

CT may help distinguish hernias or lipomas in the inguinal region from liposarcomas when there is doubt. They will also help assess the extent of local spread from the tumour when the inguinal canal is involved. Imaging can also establish whether the tumour is arising from the retroperitoneum and invading into the inguino-scrotal area or if it is a primary spermatic cord tumour. This can help plan the extent of the resection and whether any other involved organs may need to be removed [6].

MRI scan can give better soft tissue differentiation and determine whether the mass is solid or cystic [6].

Staging of paratesticular tumours is based on histological grading and the presence of metastasis. Tumours are staged with CT chest, abdomen, pelvis and MRI. The staging classification is based on TNM and the American Joint Committee on Cancer [8,9] (Table 1 and 2). Grading is based on the TNM system (G1 – well differentiated, G2 – moderately differentiated, G3 – poorly differentiated or G4 – undifferentiated). Another system used is the French Federation of Cancer Centres Sarcoma Group where tumour differentiation, mitotic activity and the amount of tumour necrosis are scored individually [10].

The rarity of inguino-scrotal sarcomas means that the optimal treatment is based on previous experience from various groups. Most patients will have localised disease when they present and they have a tendency for local recurrence if inadequately excised.

The mainstay of treatment is surgery. This should involve a high inguinal approach with wide excision of the spermatic cord and testis. This should be done with high ligation as close to the deep ring as possible and a wide margin in order to avoid local recurrence. A wide margin is achieved by performing a hemi-scrotectomy. The outcome is fairly good when there are clear margins indicating complete excision [11-13]. The main risk factors for local recurrence include large tumour size, inguinal tumour location, positive margins and previous intra-lesional surgery [12,14].

When there is an incomplete resection as is often the case (i.e. the patient has had a local excision through the scrotum or part of the cord has been left behind) there is an increased risk of local recurrence and this constitutes an incomplete resection. The local recurrence rates after orchidectomy have been reported between 25-37% [14]. This can be avoided by having a high level of suspicion prior to treatment in order to ensure a wide margin. An incomplete resection should be managed with a repeat wide excision which would incorporate en bloc excision of the ipsilateral scrotum (hemi-scrotectomy), groin wound, adipose tissue and inguinal canal if necessary.

Adjuvant radiotherapy can be used postoperatively when there is doubt about the adequacy of the resection. This is especially the case when the inguinal canal is involved meaning that complete excision can be difficult to achieve. The efficacy of radiotherapy however is debated. One study found no local recurrence in patients treated with adjuvant radiotherapy compared to 37% in those treated with orchidectomy alone [15]. Another study reported 14% local failure rates in patients who had adjuvant treatment with either wide local excision or radiotherapy [16]. Furthermore, microscopic disease has been found in 27% of patients undergoing wide local excision after apparent complete tumour excision with orchidectomy [12-15].

The role of adjuvant chemotherapy in adults is controversial and not established. Chemotherapy is reserved for those patients with evidence of retroperitoneal lymph node involvement or distant metastasis.

Late recurrences have been reported and so follow-up should be done for at least 10 years [11]. This involves clinical examination and CT imaging at intervals [19].

Inguino-scrotal sarcomas are rare and tend to be diagnosed histologically following local excision. Their aggressive nature and high risk of local recurrence should be recognised so that they can be managed in specialist tertiary centres where wide local excision can be carried out. 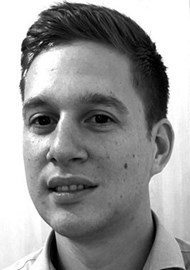 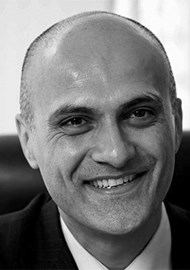