Who was Stauffer and what is Stauffer’s syndrome?

Maurice Stauffer (1915-1994) was a gastroenterologist at the Mayo Clinic in Rochester, United States, and in 1961 first characterised the non-metastatic, paraneoplastic effects of renal cell carcinoma (RCC) on liver size and function [1].

The key point Stauffer found was the absence of metastatic liver deposits or any underlying liver disease. He therefore concluded that the cholestatic liver function derangement was a direct result of a paraneoplastic syndrome from the renal tumour rather than from metastatic disease causing obstruction of bile flow.

It is difficult to estimate the incidence of Stauffer’s syndrome as the literature is mainly confined to case reports, suggesting it to be a rare phenomenon. With regards to renal cell carcinoma, the incidence is increasing and in 2014 there were 12,523 new cases diagnosed making it the seventh most common cancer in the UK with a peak incidence in the eighth decade of life and a slight male predominance with a male:female ratio of 17:10 [2].

Proposed pathophysiology behind the disease process

The literature suggests that RCC produces an overexpression of interleukin 6 (IL-6) [4,5,6] and Blay et al. [7] hypothesised that Stauffer’s syndrome to be secondary to cytokine production and overexpression IL-6 from the tumour. IL-6 is a pro-inflammatory cytokine, usually secreted by T-cells and macrophages, typically released in the acute phase inflammatory response and in the case of Stauffer’s, from the tumour. The cytokines may then produce a localised inflammatory response in the liver and subsequent hepatocellular injury and liver derangement. However, the exact mechanism as to how the IL-6 produces the liver derangement is still unknown and there is little in the literature to investigate this.

The presentation of Stauffer’s, as with renal cell carcinoma, may be varied. The patient may present with the classic triad of loin pain, mass and haematuria and subsequently found to have liver derangement on routine blood tests. Weight loss is a common presenting feature and imaging reveals the underlying renal malignancy. Alternatively, and more frequently, the renal mass is found incidentally and subsequent liver function derangement found when working the patient up for further management.

Stauffer’s syndrome may present initially to our medical or general surgical colleagues with visible jaundice. The patient is then referred to urology after an underlying renal malignancy is seen on imaging with no cause seen for hepatic outflow obstruction.

There are currently no diagnostic criteria for Stauffer’s syndrome and it remains a clinical diagnosis with the underlying presence of a renal malignancy being a necessity. Notably, there must be no other cause of cholestatic liver derangement.

A baseline liver function should be taken and results analysed. In particular interest would be bilirubin, alkaline phosphatase (ALP) and gamma-glutamyl transferase (GGT). Elevation of these specific enzymes is called a cholestatic picture and suggests defective flow of bile from the liver through the bile ducts and into the duodenum through the ampulla of Vater. In a cholestatic picture, whilst ALT can be elevated in the later stages of severe stasis, typically it is not and any rise in ALT will be exceeded by the rise in ALP/GGT. The two key elevations would be of bilirubin and ALP.

The synthetic function of the liver should also be analysed with both prothrombin time (PT) and international normalised ratio (INR). These can both be elevated in Stauffer’s and severe cholestasis as the decreased flow of bile reduces fat-soluble vitamin absorption and impairs subsequent clotting factor synthesis performed by the liver and hence elevates the PT.

A full liver screen should take place looking for any other underlying abnormality causing the acute liver derangement and consultation with the gastroenterology team is warranted. Imaging should confirm hepato-splenomegaly and again ensure there is no other reason seen radiologically for the liver enzyme derangement.

Initial imaging with ultrasound (USS) of the biliary tree and liver should reveal no obvious malignancy or common bile duct (CBD) or hepatic duct dilatation. Magnetic resonance cholangiopancreatography (MRCP) can aid detection of underlying CBD stones or other causes of CBD obstruction. This would be useful if prior cholecystectomy or USS confirmed CBD dilatation / cholelithiasis.

A contrast CT scan of the chest, abdomen and pelvis will characterise the renal mass and further evaluate any underlying hepatic, pancreatic or metastatic malignancy. Generally, the CT imaging alone is sufficient to rule out other causes of the liver derangement. As with any malignancy, complete staging scans are discussed at the multidisciplinary team (MDT) meeting to decide upon further management.

Management of the disease remains an MDT decision and involves removing the source of the paraneoplastic syndrome – the renal malignancy – by performing a nephrectomy.

Treatment should be focused on the renal neoplasm rather than liver function, however some symptoms resulting from hepatic derangement can pose a challenge to manage in the preoperative period. Hepatotoxic medications should be withheld and the patient should be treated symptomatically. Typically, the patients suffer with pruritis, for which intravenous fluids and either ursodeoxycholic acid or cholestyramine can be useful [8]. Reassurance and explanation may be necessary to explain the appearance of jaundice and associated dark urine and light stools, as these can be worrying symptoms for the patient.

“Treatment should be focused on the renal neoplasm rather than liver function, however some symptoms resulting from hepatic derangement can pose a challenge to manage in the preoperative period.”

Owing to the cholestatic effect of reduced bile flow, patients may have a reduced absorption of fat and therefore fat soluble vitamins (E, D, A and K). Patients may benefit from Vitamin D supplements and should have their calcium checked and corrected regularly. With reduced Vitamin K absorption, the patient may have a prolonged PT and clotting time and before any operative intervention this must be assessed and corrected as necessary with involvement of haematology. Ongoing gastroenterology input is advised if symptoms persist.

Definitive treatment remains nephrectomy and there have been multiple reports in the literature suggesting that once the renal tumour is removed then the syndrome resolves and liver function improves or can even return to normal [9-12].

Stauffer’s syndrome is a rare paraneoplastic effect of renal cell carcinoma causing hepatosplenomegaly and a cholestatic type liver enzyme derangement. The pathophysiology remains poorly understood with the most accepted theory being tumour overexpression of cytokines. Definitive treatment is nephrectomy and symptomatic management of cholestasis preoperatively with gastroenterology input is advised. 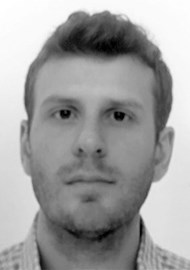 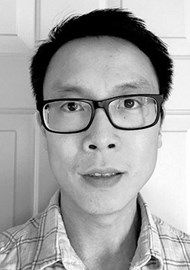 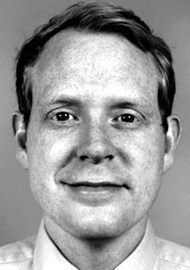