What exactly is Hinman Syndrome?
By Néha Sihra, Jai Seth And Davendra Sharma

Who was Hinman and what is Hinman Syndrome?

Frank Hinman Junior (1915–2011) first described ‘Hinman syndrome’ in the 1970s – a condition also known as a ‘non-neurogenic neurogenic bladder’. He was a renowned American urologist, educator and skilful artist and was the son of Frank Hinman senior, the first trained urologist in California [1].

After reviewing an eight-year-old boy with nocturnal enuresis, urinary tract infections and a ‘Christmas tree’ bladder with upper tract compromise on imaging in the absence of any underlying neurological abnormality, he identified a new phenomenon and called it the non-neurogenic neurogenic bladder [2].

Hinman syndrome is an uncommon condition and typically presents in early infancy, often after toilet training. The condition has been found to resolve after puberty in many cases [3].

A study which looked at 1000 children with incontinence found that up to 32% had dysfunctional voiding [4], however the exact figure remains to be determined. Moreover, the incidence of this condition among the adult population remains unknown. Initially a 0.5% prevalence rate was reported [5], however results from a study evaluating approximately 1000 adult patients with intermittent flow patterns and urethral contractions / pelvic floor activity during micturition undergoing video urodynamics suggested that this disorder is more common than previously recognised, with an incidence of up to 2% [6]. 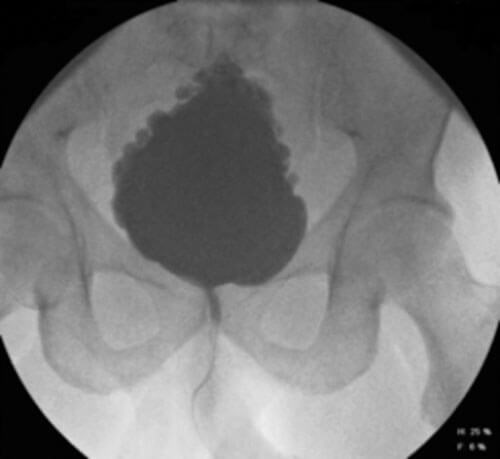 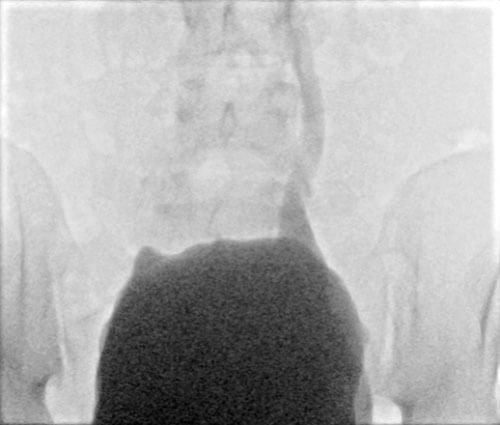 The precise pathophysiology of Hinman syndrome remains unclear. It is a type of functional bladder outlet obstruction, thought to be caused by voluntary contractions of the external urethral sphincter during voiding. It is understood to be an abnormal, learned response to uncontrolled bladder contractions which usually develops early in life [2]. Hinman and his colleague Baumann both proposed that this incoordination of detrusor-sphincter function can lead to both structural and functional changes including incomplete bladder emptying, recurrent urinary tract infections and a functionally small trabeculated bladder in the most severe cases with subsequent vesico-ureteric reflex resulting in hydronephrosis [7,8].

Some of these children were found to have idiopathic detrusor overactivity. A study investigating 40 children with storage lower urinary tract symptoms and incontinence with video urodynamics found that 75.7% of children with detrusor overactivity had dysfunctional voiding [9]. It was then proposed that in an attempt to prevent episodes of urinary incontinence, these children would voluntarily attempt to tighten their external urethral sphincter muscle, resulting in impaired sphincter relaxation during voluntary voiding [10].

Hinman syndrome or non-neurogenic neurogenic bladder is another term for dysfunctional voiding but has been regarded as obsolete by the International Children Continence Society (ICCS). The ICCS define dysfunctional voiding as a urodynamic entity characterised by an intermittent and / or fluctuating flow due to involuntary intermittent contractions of the striated muscle of the external urethral sphincter or pelvic floor during voiding in neurologically normal individuals [11]. This usually occurs as the child habitually contracts the urethral sphincter or pelvic floor during voiding [12].

Contrary to the above, a relatively recent study looked at 12 patients with urodynamically-proven bladder dysfunction, renal scarring on DMSA imaging and no neurological pathology on MRI imaging. All patients were found to have incoordination of the external sphincter and bladder during voiding on urodynamics resulting in high post-void residual volumes. They subsequently underwent diffusion tensor imaging to further evaluate their lumbosacral plexus and were found to have abnormalities, suggesting that Hinman syndrome may in fact have a neuropathic aetiology [13]. These abnormalities included increased T2 signals, lower fractional anisotropy values and higher mean diffusivity values. Further work in this area is however required before confirming this association.

Presentation and assessment of Hinman Syndrome

If the condition progresses through to adulthood before diagnosis, presentation is classically with storage and voiding lower urinary tract symptoms and recurrent urinary tract infections [6].

History and examination has to be thorough and specific to exclude underlying neurological abnormalities. Further evaluation should include completion of a bladder diary, uroflowmetry, ultrasonography of the urinary tract to check for any upper tract changes and to accurately measure post-void residual volume. Videourodynamic studies (VCMG) are used to help identify any bladder dysfunction, to assess the bladder outline, capacity, storage pressure, compliance and to look for vesico-ureteric reflux. Cystourethroscopy can also be performed to help exclude any anatomical obstruction. A dysfunctional voiding symptom score (DVSS) can be used to measure the severity of symptoms [14]. Magnetic resonance imaging of the lumbosacral spine should be reserved for those with neurological findings on examination or complex skeletal deformity on plain x-ray [15].

Sphincter electromyography may also be used beneficially, if available [6]. When used, it typically shows continuous or intermittent perineal muscle activity. Activity of the superficial perineal muscles indicates activity of the levator ani and the external urethral sphincter [8].

In patients who present late, nephrological evaluation and DMSA imaging should be performed to check for any renal scarring and impairment.

The principal aims of managing patients with a non-neurogenic neurogenic bladder is upper urinary tract protection and preservation of renal function.

If identified early, patients can be managed conservatively. When this condition was first recognised in the 1970s, hypnosis was used in combination with anticholinergics and antibiotics [2]. Due to its association with behavioural problems, there is a role for behavioural assessment and subsequent behavioural therapy [16].

Biofeedback training in children works on the assumption that the contraction and relaxation of the external urinary sphincter are habitual and can therefore be restored [19]. This has been shown to be efficacious in patients with DSD; i.e. in those with a similar pathophysiology but in the presence of a neurological abnormality [20]. Timed voiding may also have a role in those with underlying detrusor overactivity and subsequent overactive bladder symptoms [21].

Patients with recurrent urinary tract infections can be treated with both antibiotics and non-antibiotic measures and for those with high residual volumes of urine and / or unsafe bladder pressures, clean intermittent self-catheterisation (parent-led in children) or indwelling catheters are required [22].

Conservative treatment options are only suitable for those without features of upper tract impairment [23-25]. Patients with renal involvement or those whom fail to respond to behavioural therapy are candidates for surgical intervention or may even require renal replacement therapy.

Sacral neuromodulation (SNM) for patients who have failed numerous other therapies has been previously advocated but so far, data is only anecdotal [26]. SNM is a well-established successful treatment option for detrusor overactivity as well as for idiopathic urinary retention in women. It has been used widely in women with Fowler’s syndrome; an eponymously named syndrome of female urinary retention associated with polycystic ovarian syndrome.

The underlying pathophysiology of Fowler’s syndrome is thought to be a high tone non-relaxing urethral sphincter (HTNRS) as well as an exaggerated pro-continence guarding response which in turn inhibits bladder afferent and efferent activity. In these women, SNM is thought to work by restoring function through these signalling pathways [27]. Based on this mechanism of action, it can be proposed that SNM may have a role in patients with Hinman syndrome [28,29].

Intra-sphincter injections of Botulinum Toxin A (Botox) have been used to treat spinal cord injury patients with DSD as well as those with HTNRS [30,31]. It has also been trialled in this group of patients [32]. A study including 10 children who all underwent intra-sphincteric injections of Botulinum Toxin A showed promising results with improvement in the degree of hydronephrosis and reflux, reduction in post-void residual volumes and a decrease in detrusor leak point pressures [33].

Patients who do not respond to conservative treatment, SNM or sphincteric Botox injections, or in those with upper tract involvement and renal impairment, need to be considered for urinary tract reconstruction [34,35].

In those with low grade vesico-ureteric reflux, a STING (sub-ureteric Teflon injection) procedure can be offered [36]. If this fails, or in cases of high-grade reflux and renal compromise ureteric re-implantation may be considered. Other reconstructive treatment options include augmentation cystoplasty and urinary diversion (formation of a Mitrofanoff channel to a continent catheterisable bladder or ileal conduit) [37]. For patients with end stage renal failure, dialysis [35] and occassionally renal transplantation may be necessary in some cases.

Hinman syndrome is an eponymously named syndrome established in the early 1970s, referring to children with features of neurogenic bladder dysfunction in the absence of any underlying neurological disease. If left untreated, this can progress through to adulthood and result in hydroureteronephrosis and renal impairment. The International Children’s Continence Society has regarded this term as obsolete and now refers to this condition as dysfunctional voiding. 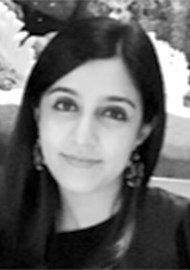 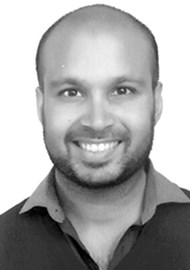 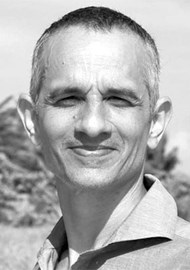