Despite prostate cancer being one of the most commonly diagnosed cancers worldwide, there remains a need for high-quality evidence regarding the optimal treatment choice. In this large population-based cohort study, using the PCBaSe Sweden dataset, Sooriakumaran and colleagues identified patients diagnosed with prostate cancer between 1996 and 2010, whose primary treatment was either radical prostatectomy or radiotherapy. In total 34,515 patients were identified (21,533 in the surgery group vs. 12,982 in the radiotherapy group). Median follow-up for the cohort was 5.37 years, and patients were categorised by risk group as well as age and Charlson comorbidity index. The primary outcome was death from prostate cancer. Various statistical analyses were performed, including several sensitivity analyses for residual confounding. The study found that there were 339 deaths from prostate cancer in the surgery group, with 1064 deaths from other causes. In the radiotherapy group there were 697 deaths from prostate cancer, with 1127 deaths from other causes. In those with non-metastatic disease, there was increased mortality from prostate cancer in the radiotherapy group. The greatest differential benefit from surgery was seen in younger fitter men with intermediate and high-risk disease. There was no difference between treatments for those with metastatic disease. The study has some limitations, including lack of information regarding radiotherapy dosing, only having information for primary treatment modalities, and, of note, the radiotherapy group were on average older with an increased Charlson index, which may contribute to the increased death rate from other causes. Despite this, due to the very large dataset and statistical analyses used to reduce confound, there is generalisability with the results of this study. There remains a need for randomised trial data to confirm this. 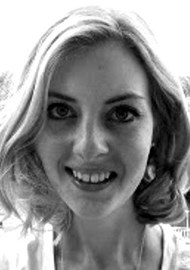