As carcinoma in situ (CIS) theoretically has no ability to invade or metastasise, performing radical cystectomy for CIS-only disease should be curative. In this single centre review over 37 years, 1964 patients undergoing cystectomy were analysed with 52 undergoing surgery for CIS-only disease (no previous T1, CIS in cystectomy specimen only) with a median follow-up of 8.5 years. Ninety-two percent were male and the median age was 66 years. Seventy-one percent had received intravesical chemotherapy and the same percentage had multifocal disease. Sixty-seven percent had an orthotopic reconstruction, 19% a continent cutaneous diversion and 15% an ileal conduit. A median of 36 lymph nodes were removed and four patients were found to have died from recurrent disease. The estimated five and ten-year recurrence-free survival was 94/90% and overall survival of 86/66% over a similar time period. There was no statistical difference between patients with CIS-only and CIS with pTa disease. Urethrectomy was performed on all with urethral CIS prior to 2000, moving to surveillance and deferred urethrectomy if recurrence was detected. The pattern of recurrence was different in the four patients, with urethral and upper tract disease occurring at various time points. This was despite a robust surveillance protocol including regular cytology. There was also heterogeneity in disease management prior to cystectomy and the time to radical treatment. This suggests that due to the field change inherent in CIS that we should refine imaging preoperatively and then survey patients indefinitely, including upper tract and urethral surveillance, to exclude extravesical sources of CIS. This is particularly pertinent for BCG failures. Despite evidence showing the good outcomes from early cystectomy after failed intravesical treatment, concern remains that patients are not offered radical treatment earlier. Using adjuvant BCG or similar in residual urethra and upper tracts may also be of benefit. There are also risks from repeated cystoscopic management, in particular strictures, seeding from subclinical perforations during repeat transurethral resection of bladder tumour (TURBT) and bladder dysfunction. So whilst radical cystectomy should cure CIS-only disease, lifelong surveillance is recommended to detect upper tract and urethral recurrence early. 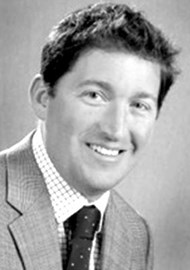