Nephron sparing surgery has become the standard surgical treatment for small renal masses (<4cm). Laparoscopic partial nephrectomy (LPN) is shown to be superior to the open approach (OPN) in peri and postoperative morbidity; however, it requires advanced skills and has a long learning curve. Robot-assisted laparoscopic partial nephrectomy (RAPN) has been shown to improve patients’ outcomes compared to OPN; however, a limited number of studies have compared it to LPN. This French multicentre collaborative study prospectively compared LPN and RAPN in terms of surgical and pathological outcomes for treatment of small renal masses. In this study, eight ‘seasoned’ laparoscopic and / or experienced robotic surgeons performed 220 RAPN and 45 LPN cases between 2007 and 2011. Pre, intra and postoperative data was prospectively collected. PN was performed transperitoneally in both approaches with similar operative techniques. The median follow-up was seven and eighteen months in the RAPN and LPN groups, respectively. Patients’ preoperative characteristics were not significantly different between both groups except that LPN was performed in older patients and higher American Society of Anesthesiologists (ASA) grades. Perioperatively, RAPN yielded significantly shorter operative time, warm ischaemic time, and length of hospital stay and less estimated blood loss compared to LPN. There was no significant difference between both approaches regarding the number of patients with a change in postoperative renal function. Positive surgical margin rate was higher in RAPN but that did not reach statistical significance. Furthermore, there was no significant difference in postoperative complications. Local recurrence occurred in four patients, three of whom had LPN. Three patients who had RAPN developed metastatic disease. This study added valuable data to the available limited literature. The paper concluded that surgical and pathological outcomes of RAPN are ‘not inferior’ to LPN; however, the authors recognised the short-term follow-up and non-randomised nature as limitations to this study. 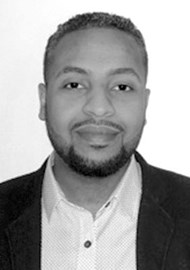