In this issue the authors will present once in a career cases that can truly haunt a urologist.

A 74-year-old had an ultrasound scan arranged by her GP demonstrating left-sided hydronephrosis. A retrograde study revealed a narrowed upper ureter. An attempt at ureteroscopy resulted in a perforation and extravasation, so was abandoned and a CT urogram was requested (Figure 1). 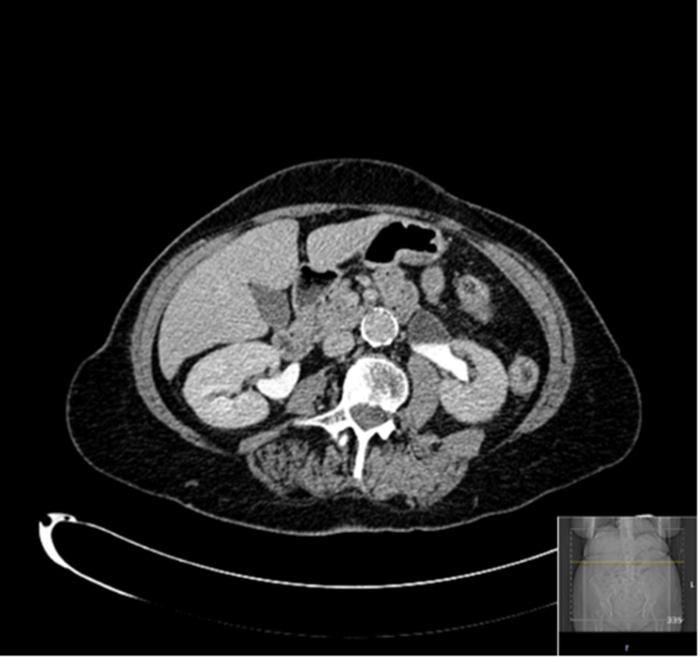 This, and a subsequent MAG 3 renogram (Figure 2), were suggestive of a pelviureteric junction (PUJ) obstruction. However, given the history of haematuria and lifelong smoking and the finding from the retrograde, it was decided to repeat an attempt at direct visualisation to exclude a transitional cell carcinoma (TCC) before planning a pyeloplasty. 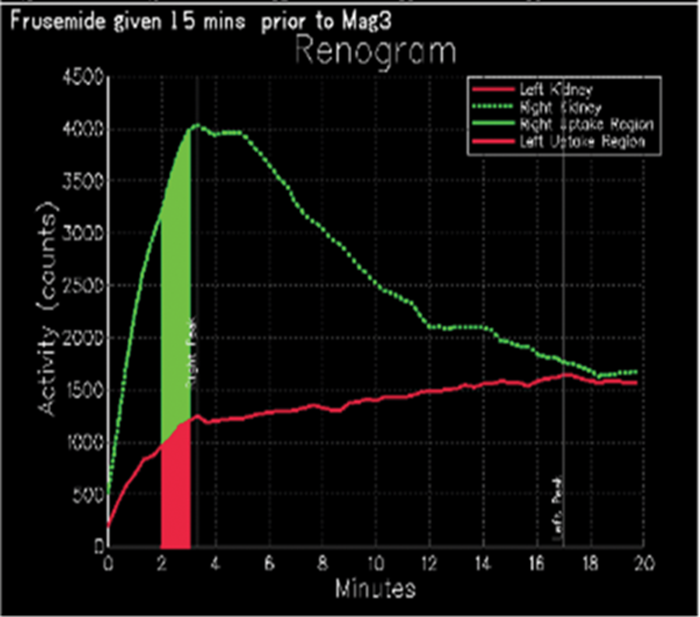 Figure 2: MAG 3 renogram demonstrating a PUJO like drainage and 23% function on the left side.

Retrograde pyelo-ureterography and subsequent ureteroscopy confirmed the diagnosis of benign PUJ obstruction. However, on withdrawing the ureteroscope under vision, the upper ureter appeared thin and possibly perforated and much to the horror of the operating surgeon the entire length followed the scope on the guide-wire (Figure 3). 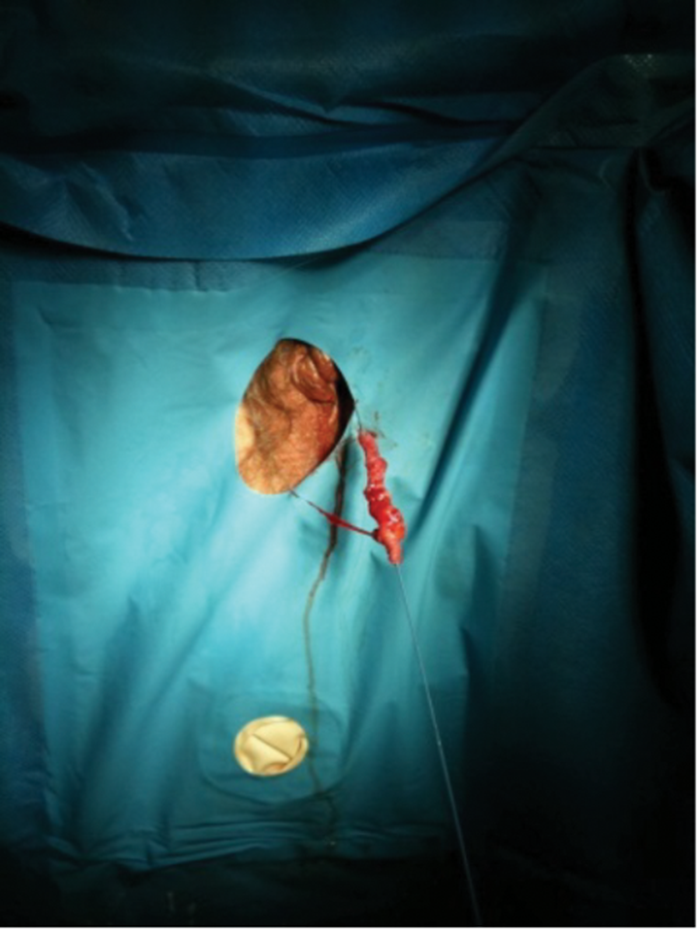 Figure 3: The entire ureter on the guide-wire following withdrawal of the ureteroscope.

The opinion of a second surgeon was sought and the options of nephrostomy, auto transplantation and ileo-conduit interposition considered. However, having considered the relatively poor functioning kidney and having discussed the case with the patient’s daughter, an uneventful laparoscopic nephrectomy was performed.

Histologically there was chronic interstitial parenchymal inflammation. There was no evidence of malignancy in the ureter which revealed changes suggestive of PUJ obstruction. 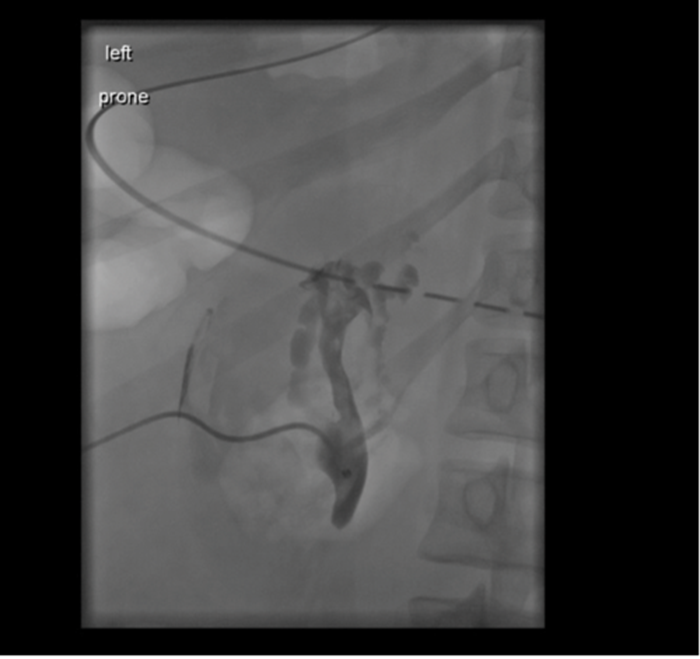 A 24-year-old patient was transferred from a referring hospital following ureteric avulsion at the time of ureteroscopy. Ureteric injury was recognised at the time of surgery and a laparotomy performed. The ureter was found to be avulsed at both the PUJ and vesicoureteric junction (VUJ). The PUJ was ligated (Figure 1) and the patient transferred for definitive management. On arrival a nephrostomy was inserted for renal drainage until definitive management was decided. The following management options were considered and discussed with the patient:

A magnetic resonance angiogram (MRA) scan demonstrated paired renal arteries with single renal veins. A dimercaptosuccinic acid (DMSA) was performed to document the split function, which revealed 49% function on the affected side. The eGFR based on serum creatinine was >90mL/min/1.73m2.

Whilst ileal replacement of the ureter can replace long defects, long-term complications include stricture, fistula and small bowel obstruction [1]. A review of 91 patients / 99 renal units with median follow-up of 36 months reported overall long-term morbidity of 23%. Metabolic complications are unusual if prior renal function is good, however lifelong monitoring is required. Autotransplantation is a complex procedure and often only considered when the contralateral kidney is poorly functioning. It was considered in this case in view of the patient’s young age and the well preserved function in the affected renal unit. However, there was concern that the two renal arteries, of smaller calibre, were at higher risk of subsequent stenosis. The other concern was infection in view of inevitable colonisation of her nephrostomy.

The patient opted for a laparoscopic simple nephrectomy via a retroperitoneal approach, given the recent laparotomy, leading to an uneventful recovery postoperatively. At the time of nephrectomy, altruistic donation was considered, but declined due to similar concerns raised by the transplant team of colonisation and suboptimal vascular anatomy

* Gregory David Roberts is an Australian author best known for his novel Shantaram. He is a former heroin addict and convicted bank robber who escaped from prison in 1980 and fled to India, where he lived for 10 years. 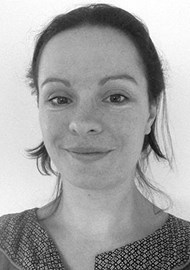 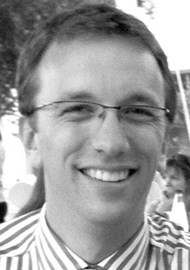 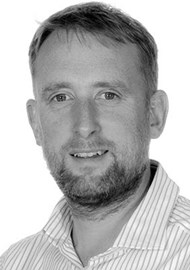