Ejaculatory dysfunction – too swift, too slow and the no-show
By Hannah Harvey, Joanna Collins and Rozh Jalil

Timing is everything.’ Although an expression most frequently linked to comedy, timing also seems just as critical in the business of sexual climax. Indeed, many men worry about ejaculating. Too soon is embarrassing. Too slow is frustrating. And not ejaculating at all is plain distressing. Yet when does the perception of an ejaculatory problem become a true clinical pathology? How should we address the significant anxiety attributed to ejaculation? And most importantly, how can we as urologists assess and manage those who do present for help?

Ejaculation has two main phases, emission and expulsion. This response is a complex, highly orchestrated phenomenon. Emission entails the formation of semen from sperm and seminal fluid in the posterior urethra. Integral structures include the epididymis, the vas deferens, the seminal vesicles, the prostate gland and the posterior urethra. This is controlled by sympathetic innervation from T10-L2. Expulsion consists of coordinated pelvic and penile muscular contractions resulting in propulsion of the semen through the urethra. This is controlled at the lower level of S2-4 by somatic innervation, with both sympathetic, somatic and sensory neural inputs. Ejaculation thus forms the culmination of the male sexual response, in which desire, arousal, orgasm and resolution occur; involving the secretion of spermatozoa and seminal fluid into the prostatic urethra, followed by forceful rhythmical expulsion. It should also be noted that while often occurring concurrently, orgasm does not necessitate ejaculation, and vice versa.

Premature ejaculation (PE) is the most well-known ejaculatory dysfunction [1]. Estimating the prevalence is problematic for several reasons. Firstly, a clear concise definition as to what constitutes PE has been lacking. Secondly, due to such low numbers of men who feel comfortable seeking medical advice, the consensus is that the vast majority simply remain under the radar of healthcare professionals. Unfortunately, there is a global misconception that there is no treatment for PE, which is often stated as the main reason men fail to seek help. Consequently, this is a poorly studied cohort.

Definitions of PE have been drafted and revised by various consensus committees and professional organisations over the past 20 years. The absence of a standardised definition has limited high quality research.

An updated definition from the International Society of Sexual Medicine (comprising a committee of internationally recognised experts who were tasked to remove the ambiguity of previous work in the field) has been adopted, which is contingent on the following characteristics [3]:

Some men who present to clinic may subjectively feel distressed about ejaculatory function, but do not meet the diagnostic criterion of PE. These cases are nominally described as ‘variable PE’ whereby short ejaculatory latency occurs but irregularly and inconsistently. This is not a sexual dysfunction but a normal variation in sexual performance. These men benefit from reassurance and counselling as opposed to medical treatment.

The aetiology of PE has never been confirmed in large studies, but many factors have been proposed. It has been argued that PE is caused by psychological factors, unresolved unconscious conflicts, relationship problems, and / or self-learned behaviour. On the other hand, a role is also seen for somatic factors, like hypersensitivity of the glans penis or a higher cortical representation of the pudendal nerve. Multiple aetiological factors, likely including disturbances in the central serotonergic neurotransmission and serotonergic receptor functioning, make it a complex area to fully understand [4]. Furthermore, most of our current understanding of the neurobiology of sexual behaviour and ejaculatory function has been derived from animal studies using rats with normal sexual behaviour.

The role of serotonin

Serotonin is the main neurotransmitter controlling ejaculation. To date, three serotonin-receptor subtypes (5-HT1A, 5-HT1B, and 5-HT2C) have been implicated in mediating 5-HT’s inhibiting activity on ejaculation [5]. Furthermore, PE can be treated effectively by selective serotonin reuptake inhibitors (SSRIs) although their mechanism of action is not yet well understood. In particular, it is not clear why all SSRIs are not equal in terms of their ability to delay ejaculation.

A medical and sexual history is required, with key questions needed to establish whether there is lifelong PE or acquired PE. Understanding whether PE is limited to a certain partner or specific situations is also helpful.

Diagnostic doubt can occur when there is overlap between erectile dysfunction (ED) and PE. A man who is struggling to gain and maintain an erection, may therefore hastily penetrate and ejaculate quickly: the underlying issue here is ED. Conversely, a man with PE may struggle to gain a second erection after rapid ejaculation, yet complain of ED. Here however, the issue is actually PE.

Patients may not readily volunteer information in clinic, so open and direct questioning will help to elicit a full sexual history.

If PE is suspected, this can be followed by:

As well as a thorough history and examination, various novel diagnostic and assessment methods have been suggested. However, a 2020 review concluded there remains a “lack of feasible and plausible means of objective measurement” of ejaculatory latency and control [6].

Psychosexual therapy for men or couples troubled with PE aims to help develop skills to facilitate a delay in ejaculation whilst simultaneously increasing confidence and reducing performance anxiety. Examples include the ‘start stop technique’ or the ‘squeezing technique’. With these, men recognise when they are moderately excited and try to limit stimulation to increase the intravaginal ejaculatory latency time (IELT).

In some tertiary centres, a dedicated psychosexual councillor may be available, but awareness of these behavioural exercises is important. In the ‘start stop’ method, the partner stimulates the penis until there is an urge to ejaculate, at which point contact abruptly stops until the sensation passes. The ‘squeezing’ method is similar but involves the application of manual pressure to the glans just prior to ejaculation, until the man loses the urge. These cycles are repeated multiple times before the man progresses to climax [2].

Pharmacological treatment historically consisted of topical local anaesthetic to decrease the sensitivity of the glans penis, but the treatment of PE was revolutionised by the use of SSRIs which inhibit serotonin uptake from the synaptic cleft. On demand SSRIs, such as dapoxetine (the only drug licenced) or off label sertraline, fluoxetine or citalopram, are well established treatments [5].

Dapoxetine (Priligy®) was launched in the UK in November 2013 for the treatment of premature ejaculation in adult men aged 18-64 years. It should only be prescribed to men who meet all the following criteria [7]:

Typically, the starting dose is 30mg, taken one to three hours prior to sexual activity. This can be increased to 60mg if there is insufficient response. Other longer-acting SSRIs (e.g. citalopram, fluoxetine and paroxetine) have a longer onset of action so need to be taken on a daily basis and cannot be used as ‘on-demand’ treatments.

At the other extreme, delayed ejaculation (DE) is defined by the inability of a man to ejaculate in a reasonable period of time with normal sexual stimulation, the most severe form being anejaculation (AE). While a recognised occurrence, aetiology is complex, may often be multifactorial, and remains poorly understood. Estimated prevalence is only 1-4% of the male population [8]. This picture can be further complicated as men with DE may struggle with both ejaculation and orgasm [9].

DE is characterised by a marked delay, marked infrequency or absence of ejaculation on 75-100% of occasions for ≥ six months of partnered sexual activity without the individual desiring delay, and causing significant distress to the individual [10]. The most recent International Consultation on Sexual Medicine quantified this as an IELT beyond 20-25 minutes as well as personal distress caused by this [11].

However, this classification has been criticised by some, with Perelman et al. suggesting DE should be defined as a) inability / incapacity to choose to ejaculate intravaginally in less than approximately 10 minutes in all, or nearly all, coital encounters; b) not having the ability / capacity to choose to ejaculate sooner, but desiring the ability to do so; and c) experiencing negative personal consequences, such as distress, bother, frustration, and / or the avoidance of sexual intimacy [12].

Multiple aetiological factors can be involved in DE / AE. These include psychosexual / psychosocial factors as well as organic and biological factors – such as ageing, diabetic neuropathy, surgical sequelae, infections, endocrine dysfunction and medications [9]. A 2003 study also suggests that there is a correlation between ejaculatory dysfunction and both increasing age and severity of prostatic hyperplasia / lower urinary tract symptoms [13]. Treatment Treatment can broadly be divided into psychological and pharmacological, yet both have a relatively sparse evidence base. Psychological management may include psychotherapy or sexual therapy. While there are no drugs licenced for DE / AE, several have been trialled, albeit in small numbers. These have included cabergoline (a dopamine-2 and 5-HT2B receptor agonist), alpha-adrenergic agonists and atypical antidepressants.

However, there remains a paucity in high quality evidence for any of these treatments [14]. Benign prostatic hyperplasia (BPH) causing lower urinary tract symptoms may contribute to DE. Nevertheless, the first-line treatment for this (alpha-blockers such as tamsulosin) can also cause retrograde ejaculation and anejaculation, now postulated to be due to a centrally mediated process. There is therefore a trade off between one disorder of ejaculation for another [1,15]. Furthermore, surgical treatment for prostatic hyperplasia is often linked with ejaculatory dysfunction afterwards, and this is important to discuss in the consent process.

The final category of ejaculatory dysfunction encompasses two symptomatically identical phenomenon. Anejaculation (AE) is the complete absence of an antegrade or retrograde ejaculation (RE). However, RE may be experienced as anejaculation. Normal orgasmic sensation is usually preserved.

Key areas to explore include any reduction in ejaculate over time, or cloudy urine post-orgasm – both of which may suggest retrograde passage of semen into the bladder. Other important factors are medication history, nervous system dysfunction and any past surgical history.

RE occurs when the semen is directed back towards the bladder from the posterior urethra, rather than being propelled forwards to the urethral meatus. Typically, this is caused by intrinsic problems with the internal bladder sphincter, which may be neurological or iatrogenic (secondary to surgical intervention or medication). True anejaculation is typically connected with a central or peripheral nervous system dysfunction.

Neurological causes of RE include spinal cord injury and diabetic neuropathy compromising the sympathetic innervation to the bladder neck. Reduced contraction in turn prevents the normal blockade to sperm progressing retrograde in the urethra (up to 30% of diabetics are thought to suffer from RE [16]). Through similar mechanisms, drugs resulting in sympathetic antagonism are also implicated in RE, including alpha blockers (tamsulosin) antipsychotics and ganglion blockers.

Another common cause of retrograde ejaculation is iatrogenic postoperatively. It is a well-recognised complication of many prostate surgeries – including prostatectomy and bladder outlet obstruction procedures. Other operations which can disrupt normal functioning are those which may disrupt the neurological pathways, for example lymph node clearance and colorectal procedures.

The key question prior to considering treatment in RE is whether or not the patient wants to have children in the future. Those who do not, may not need over investigation or require treatment [17]. Conversely, in those wishing to have children, active treatment will be necessitated, and can range from pharmacological to surgical. Post orgasmic urine samples can also be sent, looking for sperm to confirm the diagnosis. As with other ejaculatory dysfunction, there remains only a small body of literature to support these different treatment options [18].

Pharmacological treatments for RE include sympathetic alpha-1-receptor agonists (which promote bladder neck closure and seminal vesicle / vas deferens contraction via sympathetics) and tricyclic antidepressants (which are sympathomimetic via adrenaline reuptake inhibition causing bladder neck contraction). The former are typically taken on-demand due to the potential side-effects, whereas the tricyclics are often taken daily with the option of on-demand doses where required.

Surgical interventions for RE include bladder neck reconstruction to restore the anatomy [19], as well as sperm retrieval surgery (either retrieval from the bladder [17] or extraction techniques such as testicular sperm extraction (TESE) in combination with assisted-reproductive techniques. 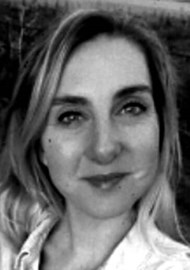 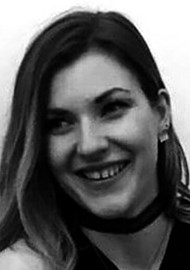 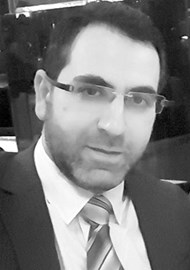