It also has financial implications, not only for the patient in terms of purchasing continence products but also the cost to the healthcare system for treatment. The majority of patients with PPI have undergone radical prostatectomy for malignant disease (i.e. prostate cancer) with a smaller number presenting following transurethral resection of prostate (TURP) or other procedures for bladder outlet obstruction [1]. PPI can be due to detrusor overactivity i.e. urge incontinence or stress urinary incontinence. This article will focus on stress urinary incontinence (SUI) following prostatectomy.

Stress urinary incontinence is defined by the International Continence Society as “the involuntary loss of urine on effort or physical exertion or on sneezing or coughing” [2]. The pathophysiology of SUI following prostatectomy is due to several factors including damage to the external urethral sphincter as well as the pelvic nerves and adjacent supporting tissue of the pelvic floor. The change in position and mobility of the urethra following radical prostatectomy is also thought to contribute.

Patients with bothersome PPI that persists beyond six months following surgery should undergo evaluation of their symptoms with the aid of a bladder diary and validated questionnaire such as the ICIQ-SF. A flow rate and post void residual alongside a urinalysis should form baseline investigations and cystourethroscopy should be considered to rule out a bladder neck contracture or bladder stone formation. Urodynamics are performed to assess detrusor function and confirm diagnosis of SUI [1]. Initial management is conservative in the form of supervised pelvic floor muscle therapy, this should include three sets of 10 repetitions per day with or without biofeedback [1].

The current gold standard for surgical treatment in patients who fail conservative management is insertion of an artificial urinary sphincter (AUS). The first AUS was developed by American Medical Systems (the AMS 721™) and first implanted in 1972 by Scott, Brindley and Timm. It consisted of three components; an inflatable cuff placed around the bulbar urethra, a pressure regulating reservoir balloon placed in the paravesical space and a control pump placed in the scrotum. Initial success rates were excellent, with 79% of patients considered dry [5]. Its successor device, the AMS 800TM, has been the most commonly implanted device since 1983 and has remained largely unchanged apart from the introduction of an antibiotic coating, sutureless connectors and kink-resistant tubing. The life-span of the device is around seven years; at this stage it may require replacement. Complications include mechanical failure (6.2%), urethral atrophy (7.9%) and infection or erosion of the device (8.5%). Unfortunately, if a device becomes infected it generally requires explantation.

“It is important that units undertaking prostatectomy of any nature, particularly radical prostatectomy, are able to accurately assess the incidence of PPI early and identify patients who may benefit from surgical intervention”

Outcomes continue to support its use, with a systematic review by Van der Aa et al. finding 43.5% of patients to have total continence (i.e. 0 pads) and 79% socially continent (<1 pad in 24 hours) at >24 months follow-up. Overall continence rates at >10 years ranged between 59-91% [6]. Newer devices have been developed such as the ZSI 375 (Zephyr Surgical Instruments), a two-part device that can be adjusted percutaneously postoperatively and avoids the need for an intraperitoneal reservoir by implanting both the pump and pressure regulator into the scrotum. However, the evidence base for this system remains small and it is therefore not currently implanted outside of clinical trials [1].

There remains considerable interest in the development of male urethral slings as an alternative to the AUS. These were first developed in the 1950s and since then a number of different devices have been introduced to the market with varying success. The proposed mechanism of action is relocation of the bulbar and posterior urethra thereby increasing the functional sphincter length. These devices have the perceived advantage of having a relatively simpler insertion, lack of implanted silicone prosthesis and no need for the patient to operate the device. There are several varieties of sling including bone-anchored devices (e.g. InVance™), transobturator slings (e.g. AdVance™), adjustable slings (e.g. TRT Reemax® or Argus®) and the quadratic sling (Virtue®). Bone-anchored devices have been removed from the market due to a higher risk of infection which can spread to bone.

The most common male urethral sling used is the AdVance, a non-adjustable mesh transobturator sling [1]. Success rates range between 63-93% with three-year follow-up in patients who have mild-moderate incontinence. Complications include infection or erosion (<3%), perineal pain (4-17%) and urinary retention (2.7-15.1%) [3]. It is not recommended to implant a sling in patients who have had previous pelvic radiotherapy as the outcomes are much poorer, likely due to loss of urethral mobility following treatment. Due to the lack of long-term evidence for the use of male slings the National Institute for Health and Care Excellence (NICE) recommend they are only used as part of a clinical trial [7].

Concerns have been raised over the past number of years regarding complications following the insertion of mesh mid-urethral tapes in stress urinary incontinence in women; particularly chronic pain. This has resulted in a ‘pause’ on the insertion of mesh tapes since July 2018 which has been extended whilst a review into the use of mesh tapes is carried out by Baroness Cumberlege; the outcome of which is expected later in 2020. The impact of this on the use of mesh slings in the male PPI population remains to be determined.

While the use of urethral bulking agents in the female population continues to gain attention the evidence for their use in male patients is very limited. The current literature suggests a short durability of success and therefore is only utilised in patients with mild PPI.

In extreme cases of PPI where all management options have been unsuccessful or the urethra itself is unsuitable for intervention (e.g. complex urethral strictures) then urinary diversion remains an option. This may take the form of an ileal conduit or a continent catheterisable stoma; both of which carry significant surgical morbidity and should therefore not be undertaken lightly.

The question as to which procedure is superior for the management of PPI still remains, in part due to a lack of high-quality studies including randomised controlled trials as well as the variation in definitions of continence and outcome measures. A systematic review was carried out by Crivellaro et al. in 2016 into the surgical management of PPI. They defined successful outcome as the use of 0-1 safety pads per day with inclusion criteria of follow-up longer than 12 months and papers with a patient cohort of more than 30. They reported an overall success rate of 65.7% for the AUS compared to 48.8% for the AdVance sling but this was at the cost of a higher complication rate in the AUS population (19.43% vs. 12.3%). However, interpretation of the results of this review are limited by the heterogeneity of study designs, ambiguity of the definition of continence in many studies as well as the overall poor quality of studies [8].

Results are currently awaited from the MASTER trial (Male synthetic sling versus Artificial urinary Sphincter Trial: Evaluation by Randomised control trial), a well powered and designed RCT. This randomised patients with urodynamic proven stress incontinence following prostate surgery to the AUS or the AdVance sling with follow-up using patient-completed questionnaires and 24-hour pad testing for two years. The results will be a welcome addition to the literature [9].

Despite the increasing availability and range of devices available to improve continence rates in patients with PPI there remains a discrepancy between the reported incidence of incontinence and the number of patients who proceed to surgical intervention. One of the potential reasons for this is a difference in perception of incidence and severity of PPI between patients and physicians. Borges et al. performed a retrospective review of 337 medical records of patients who had undergone radical prostatectomy over five years as well as performing a telephone review and ICIQ-SF questionnaire in the patient cohort. They found a discrepancy between the records and patient perceptions in 42.2% of patients, in particular in elderly patients (56%), black men (52.6%) and lower levels of education (52%) [10]. This was supported by Litwin et al. who studied 2252 patients in the CaPSURE database (Cancer of the Prostate Strategic Urologic Research Endeavor; a longitudinal observational study of men with prostate cancer in the United States of America). They found only 21% of patients were considered to have impaired urinary function by physicians but it was reported by 97.2% of patients [11].

Another potential treatment barrier is the local availability of continence procedures. A cohort study of 26,280 men who had undergone radical prostatectomy in the Prostate Cancer database Sweden (PCBaSe) found that 782 patients (3%) underwent surgery at a median of three years post-prostatectomy. However, there was a 10-fold difference in use of PPI surgery between the different regions of the country. It was noted that patients were more likely to undergo surgery for PPI in a centre that performed both radical prostatectomy and PPI surgery. A sub-group of these patients were assessed with patient-reported outcome measures (PROMs); 7% reported severe urinary incontinence, however only 24% of them underwent surgical intervention suggesting other barriers to treatment are present [12].

For many patients the barrier to AUS insertion may be poor cognition (to understand how and when to operate the device) or poor hand dexterity (to be able to operate the pump). However, there is a paucity of research or published literature exploring patient decision-making in terms of reporting incontinence, decision to proceed with surgical intervention and procedure choice. Kumar et al. performed a retrospective note review of 133 patients to determine patient preference between the AUS and the male sling after counselling and recommendation from the operating surgeon. They found that 92% of patients given a free choice would prefer to have a male sling inserted. All patients who were recommended to have a male sling chose to proceed with the procedure; however, a lower percentage (75%) of patients who had been recommended to have an AUS agreed to go along with the surgical recommendation. Twenty-five percent opted for a male sling despite surgeon advice [11]. Further research into the patient factors influencing perceptions of treatment options would certainly aid surgeons when considering these surgical interventions.

All patients are seen following radical prostatectomy by a specialist pelvic floor physiotherapist for assessment and a course of supervised physiotherapy. They are re-assessed six months postoperatively following physiotherapy and if they are continuing to have bothersome lower urinary tract symptoms are seen in a specialist clinic by surgeons performing PPI surgery. Their symptoms are assessed with a bladder diary, ICIQ-SF questionnaire as well as a flow-rate and post-void residual measurement. All patients undergo a flexible cystourethroscopy and proceed to video-urodynamics. Patients suitable for intervention are counselled regarding the surgical options and proceed as appropriate to treatment. We have also engaged with a local patient support group to provide a patient information evening in order to raise awareness of PPI (and erectile dysfunction) and the potential treatment options to further empower patients to report bothersome incontinence and seek treatment.

Post-prostatectomy incontinence remains a significant quality of life issue following prostatectomy; impacting on the psychological health of affected patients as well as a financial burden. Investigations should include a bladder diary, flow-rate and postvoid residual measurement, flexible cystourethroscopy and video-urodynamics. The ‘gold standard treatment’ currently is insertion of the artificial urinary sphincter; however, with the increasing development of the male sling this may change in the future. The results of the MASTER trial comparing both treatment modalities are eagerly awaited. There remains a discrepancy between physician reports and patient perceptions of PPI; this may represent a barrier to seeking treatment. In our unit the introduction of a pathway for all patients post-radical prostatectomy as well as engagement with local support groups has allowed patients who may be suitable for intervention to be identified earlier and surgical intervention performed if appropriate. 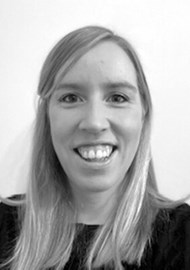 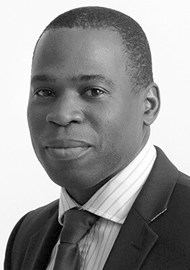