There are approximately 100,000 cases of sepsis per year in the UK, of which 37,000 result in death (this is more than prostate cancer, breast cancer, HIV / AIDS and road traffic accidents combined). Urosepsis is defined as sepsis caused by a urinary tract infection (UTI). Approximately 20-30% of cases of sepsis are due to urosepsis. The systemic inflammatory response syndrome (SIRS) is recognised as the first event in this septic cascade that if not halted ends in multi-organ failure and death.

The treatment of urosepsis depends upon a) prompt recognition of the condition, b) appropriate and rapid initiation of antimicrobial therapy, and c) combination of adequate life-supporting care, adjunctive measures as appropriate. The drainage of any obstruction in the urinary tract is also essential as a first-line treatment. The management of these patients should be with a multidisciplinary approach between urologists, intensive care doctors and microbiologists.

An admission with severe sepsis places a patient at a level of risk of mortality approximately 6-10 fold greater than with an acute myocardial infarction and 4-5 times greater than an acute stroke.

In 2002, critical care experts agreed that definitive action was required to reduce the mortality from severe sepsis. The Surviving Sepsis Campaign (SSC) was developed as a collaboration between the European Society of Critical Care Medicine, the International Sepsis Forum and the Society of Critical Care Medicine. A desire to reduce the mortality of sepsis by 25% over five years became known as the Barcelona declaration. Guidelines were first published in 2004 and then re-drafted in 2008 and again in 2012 for the management of severe sepsis and septic shock. These became known as the sepsis six. 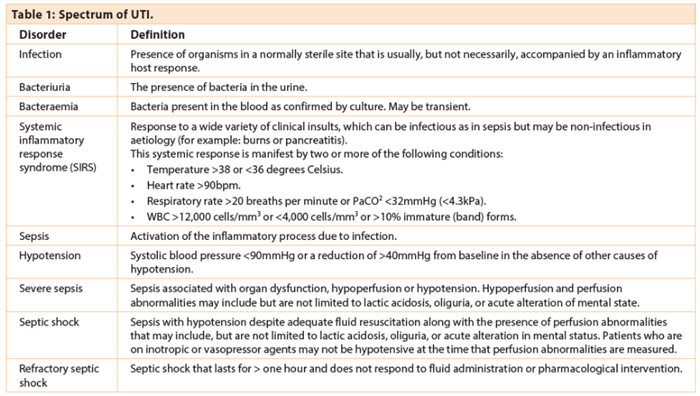 UTI can manifest as a spectrum from bacteriuria with limited clinical symptoms to sepsis or severe sepsis depending on localised or systemic extension (Table 1). Severe sepsis has a mortality rate of 20-42% [1]. In recent years, whilst the incidence of sepsis has increased by 8.7% per year the associated mortality has decreased (from 27.8% to 17.9% from 1995 to 2000) suggesting improved management of these patients.

In urosepsis, as with other types of sepsis, the severity is dependent upon the host response. Patients that are more likely to develop urosepsis include: elderly patients, diabetics and the immunosuppressed e.g. patients on chemotherapy or steroids, HIV patients or transplant recipients. Urosepsis may also depend upon local factors in the urinary tract such as urolithiasis, obstruction of the urinary tract at any level, uropathy, neurogenic bladder disorders or instrumentation of the urinary tract.

The predominant pathogens identified on urine culture in patients with urosepsis are enterobacteria, with Escherichia coli being the most common microorganism. Pseudomonas aeruginosa and Serratia sp. are likely to be multiresistant and difficult to treat. Risk factors for bacteraemia are complicated UTIs, such as pyelonephritis or obstructive uropathy. Elderly and immunocompromised patients are at a higher risk of experiencing severe complications of genitourinary infections, for instance renal abscesses or xanthogranulomatous pyelonephritis.

The major pathogenesis of sepsis is due to the presence of endotoxins released into the circulation by gram negative bacteria. This in turn results in a cascade of events resulting in a release of mediators such as tumour necrosis factor alpha, Interleukins 2, 6 and 8 from target cells (for example macrophages, neutrophils, lymphocytes and plasma cells), and activation of the kinin system, complement system and fibrinolytic system. These events result in widespread microvascular injury, tissue ischaemia and the clinical manifestations of sepsis.

The results of laboratory data are essential parameters for the treatment of urosepsis. The essential data should include white blood cell count, C-reactive protein, procalcitonin, AT III, liver enzymes and blood gas analysis. Procalcitonin has emerged as an early reliable marker suggestive of severe bacterial infection and may help to decide if an immediate urological intervention is required [2].

This comprises a set of tasks to be completed for all patients within the first six hours following the onset of severe sepsis (Table 2). Some tasks are within the scope of practice of most healthcare workers whilst others termed ‘early goal directed therapy’ require more specialist skills. Systems need to be well-designed and implemented to ensure that appropriate investigations (e.g. lactate measurement), equipment (e.g. blood culture bottles) and treatments (including all first line antibiotics) are easily available at the point of care.

Proper care delivered within the first hour can potentially double a patient’s chances of survival.

Aim to give high concentration oxygen to septic patients initially via an oxygen mask with reservoir bag. After initial resuscitation aim for an oxygen saturation target of >94%. It should be remembered that septic patients are exempt from the British Thoracic Society guidelines – this still may be appropriate even in chronic obstructive pulmonary disease, however these patients need to be closely monitored.

Empirical initial treatment should be with broad spectrum intravenous antibiotics, including, if appropriate, anti-fungal cover, which should be adapted once specific cultures and sensitivities become available. The dosage of antibiotic is obviously vital and in general should be high except in those patients with renal dysfunction.

Early administration of antibiotics within one hour of diagnosis should be mandatory. Each hour’s delay in administration has been shown to increase the risk of death by 8% [3].

The initial phases of sepsis combine absolute hypovolaemia (due to fluid loss into the interstitial compartment and reduced fluid intake combined with increased insensible losses through perspiration and respiration) with relative hypovolaemia due to vasodilatation. This is further compounded by ventricular dysfunction, microcirculatory disorders and hypercoagulability. Organ hypoperfusion may ensue leading to shock.

Treating hypovolaemia is thus central to the management of sepsis. It is important to distinguish between initial fluid resuscitation and aggressive goal directed fluid resuscitation. The SSC recommendation is for initial boluses to a volume of 20-60ml/kg body weight prior to the consideration of invasive therapy and goal-directed therapy. Initial fluid resuscitation should be delivered in fluid challenge boluses of 250-500ml of crystalloid or 250ml of colloid over <30 minutes with clinical assessment of the response to guide the requirements for further fluid boluses until the target volume is achieved.

With crystalloids, a greater volume will be required to achieve the same degree of volume expansion and more oedema will develop as a result. Colloid solutions are more expensive, but give a greater and prolonged volume expansion with less volume infused. The current evidence has failed to provide any objective proof to support the use of one intravenous fluid over another. The saline versus albumin fluid evaluation (SAFE) study failed to demonstrate benefit or harm with the use of albumin compared with crystalloid.

“The management of fluid and electrolyte balance is of critical importance in the care of the septic patient, particularly after the development of shock.”

It is recommended that a specific anatomical diagnosis of infection requiring emergent source control, for example necrotising soft tissue infection in Fournier’s gangrene, pyonephrosis, peritonitis) be sought and diagnosed or excluded as soon as possible, and intervention be undertaken for source control within the first 12 hours of the diagnosis being made if feasible. Drainage of any obstruction in the urinary tract and removal of foreign bodies e.g. stones (when appropriate) should aid resolution of symptoms and recovery. It is also suggested that when source control in a severely septic patient is required the effective intervention associated with the least physiological insult should be used.

There are three levels of therapy outlined in Table 3.

The management of fluid and electrolyte balance is of critical importance in the care of the septic patient, particularly after the development of shock. Early goal directed therapy has been shown to reduce mortality [5]. However, with the publication of the ARISE and PROMISE trials there is now increasing controversy in the use of early goal directed therapy combined to standard management.

Appropriate volume expansion and vasopressor therapy have a significant impact on outcome. Early intervention with appropriate measures to maintain adequate tissue perfusion and delivery of oxygen to the tissues by timely initiation of fluid therapy, stabilisation of arterial pressure and the provision of sufficient oxygen transport capacity are highly effective in this situation.

The use of human albumin during the resuscitative phase is debatable. The use of hydrocortisone remains controversial [6]. Usage should be restricted to patients with vasoplegic shock resistant to moderate doses of vasopressors. Tight glycaemic control is no longer recommended (NICE-SUGAR [7]). Hyperglycaemia (where blood sugar level is greater than 10mmol/l) is treated using insulin infusions.

Nutrition: the guidelines suggest administering oral or enteric (if necessary) feeding as tolerated, rather than either complete fasting or the provision of only intravenous glucose within the first 48 hours following a diagnosis of severe sepsis or septic shock. They also suggest avoiding full calorific feeding for the first week but suggest a low dose feeding regimen (e.g. up to 500 kcal per day), advancing only as tolerated. The rationale for early enteric nutrition is that it should aid in maintaining the integrity of the gut mucosa and prevention of bacterial translocation and organ dysfunction.

Sepsis syndrome in urology is a serious problem with a mortality rate of between 20-40%. The Surviving Sepsis Campaign aims to reduce mortality by 25% within the next few years [8]. Prompt recognition of the symptoms may reduce the mortality by timely treatment of urinary tract disorders. Early involvement of critical care and appropriate antibiotic therapy provide the best conditions for improving patient survival. The prevention of urosepsis also involves the rationale of good infection control measures to prevent nosocomial infections and the appropriate use of antibiotic prophylaxis and antibiotic therapy. 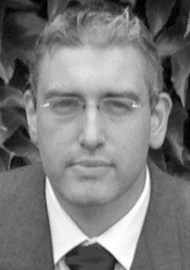 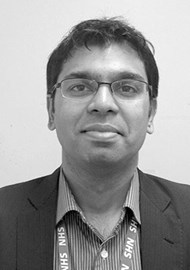 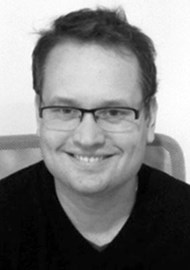