In 2002, Mr A, a 64-year-old software engineer, was referred by his GP for further investigation of a raised prostate specific antigen (PSA) of 6.2. His prostate felt benign. He underwent transrectal ultrasound guided (TRUS) prostate biopsies. This recorded a 46mls prostate with histology showing no evidence of malignancy or high-grade prostatic epithelial neoplasia (HGPIN). At the three-month review his PSA had increased to 9.7, so further TRUS biopsies were performed which were also benign. He was again seen three months later when his PSA was 11.4, at which point he asked for his prostate to be removed. Without a tissue diagnosis we could not support this approach; however, we utilised the grid we used for brachytherapy to perform more systematic sampling of the prostate through the perineum.

Gleason 3+4 prostate cancer was found in the anterior prostate only and the technique was reported for the first time, in the BJUI [1]. The patient went on to have a low dose rate brachytherapy and remains disease free (PSA<0.1ng/ml). This case highlights the fact that a persistently elevated PSA should not be ignored and that TRUS biopsies miss clinically significant prostate cancers, particularly in the anterior prostate gland.

Transperineal template biopsies (TTBs) were developed from the set-up used for brachytherapy with an alpha-numerically number grid placed in front of the perineum to facilitate precise biopsy needle insertion at systematic 5mm intervals [1]. Biopsies are usually performed under a general anaesthetic with prophylactic perioperative antibiotics and alpha-blockers to reduce the risk of infection and urinary retention respectively. The patient is placed in extended lithotomy position such that the hips are flexed 10 degrees beyond the vertical to rotate the pubic arch anteriorly allowing access to the anterior prostate. A urethral catheter may be placed to help identify the urethra. A bi-planar brachytherapy TRUS probe (attached to a Stepping unit) is used to image the prostate and in contrast to transrectal biopsies, the prostate is biopsied via the perineum in a longitudinal fashion.

The prostate is centred on the grid in the axial plane and volume measurements are taken. The prostate is divided into right / left, anterior / posterior and medial / lateral respectively, giving eight defined areas of the prostate. Biopsies are taken from each of the eight areas of the prostate and placed onto histological sponges and then pots for the pathologist. The amount of biopsies taken can vary depending on whether a standard saturation, limited saturation or multi-parametric magnetic resonance imaging (mpMRI) targeted technique is being employed.

With the knowledge that TRUS biopsies were missing 20-30% of significant prostate cancers, we adopted an approach to ensure we did not miss cancer in men who still had a clinical suspicion of prostate cancer despite multiple negative TRUS biopsies. So, initially a saturation approach was used with biopsies taken throughout the prostate every 5mm to completely ‘map’ the gland. This can require the deployment of a number of biopsies through the same entry point, depending on the length of the prostate, to ensure that larger glands are fully sampled from apex to base as well as medial to lateral, left and right. This technique can require a large number of biopsy cores, sometimes in excess of 100, and can generate morbidity including retention and erectile dysfunction. Things have moved on and now this technique is not routinely used outside research. With the advent of multi-parametric MRI the location of tumours can be identified, enabling targeted biopsies to be taken (Figure 1). This can be supplemented with some sampling biopsies from the remaining regions within the prostate. 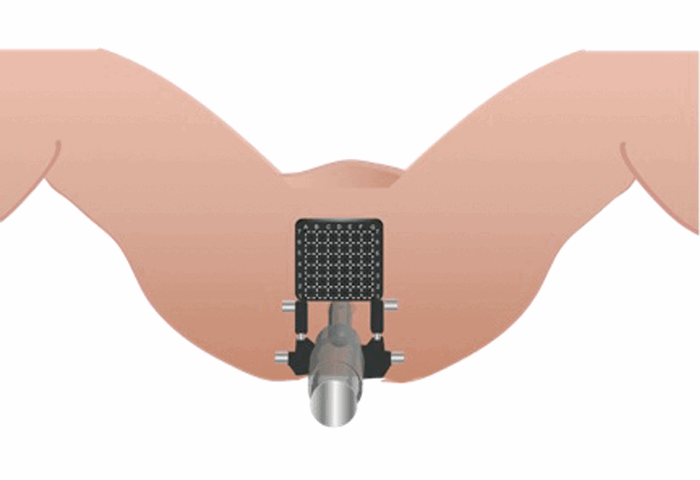 Figure 1. The set-up with the patient in the extended lithotomy position,
a brachytherapy template grid placed over the perineum and a TRUS probe in situ.

Post-procedure, the urine is checked for haematuria and a catheter is removed (if placed). We expect two voids prior to discharge. Patients continue their antibiotics and tamsulosin post-procedure. The patient usually goes home within a few hours of the procedure.

The question still remains as to what the optimum number of biopsies is. Simon et al. evaluated an ‘extensive saturation’ protocol taking, on average, 64 cores in 40 patients. They showed no significant increase in cancer detection rate but increased morbidity compared to saturation protocols involving 20-30 cores with nearly half of patients describing significant haematuria post-procedure [6].

Increasing the number of biopsies appears to improve cancer detection rates in those with previously negative TRUS biopsies but there is no need to be overzealous. This observation supports the use of TTB due to the ability to take increased numbers of cores in a systematic fashion.

It has been shown that prostate cancer is more frequently located in the apical and anterior regions of the prostate, areas that are often under-sampled on TRUS biopsy [7]. A case series of 747 patients reported cancer location more frequently in the apical compared with basal regions of the prostate (p<0.001), and anterior rather than posterior regions (p=0.036) (8). The evolution of the transperineal approach has been driven by the superior sampling of the apical and anterior regions and provides a significant advantage in increasing cancer detection. A sample of 373 patients mixed between biopsy naive and up to three previous TRUS biopsies demonstrated that TTBs were particularly effective at diagnosing anterior and apical tumours [9].

In a smaller cohort of 60 patients with a rising PSA and at least two previous TRUS biopsies, which were either negative or contained HGPIN or ASAP, a cancer detection rate of 38% was identified. Cancer was identified in the anterior region alone in 12 men (20%) [10]. This is supported by the finding of a cancer detection rate of 55% in 69 men with previous negative TRUS biopsies for an elevated PSA, with the majority of cancers identified in the anterior / ventral part of the prostate [11].

A US group used computer simulation models based on 180 mathematically reconstructed radical prostatectomy specimens to show the importance of biopsying the TZ, midline PZ, and anterior horn of the PZ in cancer detection. A total of 96% of cancers were detected when these areas were biopsied and the conclusion was that significant volume prostate cancer can be present in areas not sampled by traditional sextant biopsies [12].

3. Can target lesions identified on MRI, localise cancer within the prostate gland and guide focal therapy?

mpMRI, which in some centres is being employed pre-biopsy, has facilitated the identification of potentially suspicious areas within the gland. TTBs allow for systematic partitioning of the prostate as well as accurate and reproducible needle placement. This enables accurate ‘targeting’ of suspicious areas. The progression to targeted TTBs with heterogenous sampling density according to the MRI may further reduce the morbidity of the procedure. A number of commercial platforms are available enabling tumours seen on mpMRI to be co-registered on real time TRUS images of the prostate at the time of biopsy. The 3D reformatting of the prostate and of the tumour (as seen on MRI), allows the biopsy needle to be seen entering the suspicious areas and ensures this area has been correctly targeted. Currently these systems are being trialled in a number of centres and their accuracy in identifying all significant tumour foci remains to be seen.

Precise, biopsy confirmed localisation of tumours has other benefits. As focal therapies become more popular the ability to precisely identify the site of a tumour within the prostate is appealing [13]. Additionally knowing that a tumour is situated in the lateral prostate may determine use of nerve sparing at radical prostatectomy. Prostate biopsies should no longer be viewed purely as a diagnostic tool but as an adjunct to determining the optimum therapeutic approach. 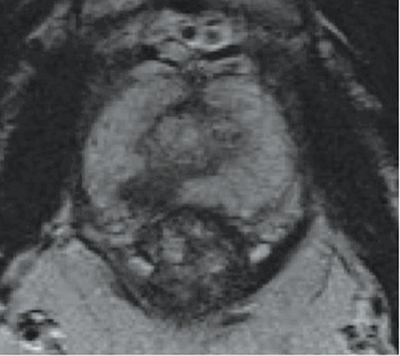 Figure 2a: An axial T2 waited image of the prostate showing an 8mm low signal region (darker area) in the posterior peripheral zone on the right (7 o’clock) towards the apex.

Figure 2b: A longitudinal image of the prostate. The bladder is on the top left, the apex of the prostate is on the right. A hypoechoic region towards the apex corresponds to the low signal area on MRI. A biopsy needle is seen positioned at the apex ready for firing. 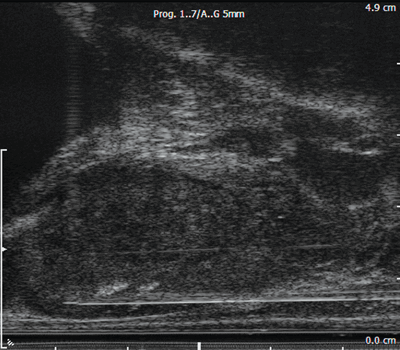 Figure 2c: The biopsy needle has been fired through the suspicious area.

Active surveillance (AS) is recommended in patients with low-risk prostate cancer. However, this is currently based on a standard 12 core TRUS biopsy. Ayres et al. showed that 34% of 101 men diagnosed with cancer on TRUS biopsy had more significant prostate cancer on restaging TTBs. Forty-four percent of these men had disease predominantly in the anterior part of the gland. In total, 33% of men stopped active surveillance and had radical treatment based on TTB results [14]. Currently, 92% of our patients on AS who had a TTB remain on surveillance at up to seven years’ follow-up.

TTBs appear to be comparable in terms of urinary, bowel and erectile function [15], though the incidence of postoperative urinary retention of around 10% is higher than after TRUS biopsy [8]. We have found that the infiltration of the perineum with local anaesthetic and adrenaline combined with the elimination of glycopyrolate usage as an anaesthetic reversal agent has reduced our postoperative retention rate from 17% to 7% [16]. TTB has also been associated with lower rates of sepsis as the perineal skin is prepped and the biopsy needles do not cross the rectal mucosa. A randomised control trial of 246 patients biopsied by the transperineal and transrectal approach reported a fever (>38.5C) in 0% and 2% respectively (p=0.136), and haematospermia in 2% and 0% respectively [17]. No other significant adverse events have been reported.

We have had only two patients present with sepsis in over 1100 TTBs versus 3% of those undergoing TRUS biopsies in our series. It is important to consider the requirement for general anaesthesia with the small risks and increased cost involved. There is also a small risk of perineal seeding of cancer cells through the biopsy needle tract. Although lower than in other tumour biopsy techniques it has been reported and we have found that patients have asked about the complication. It supports the need to minimise the number of biopsies taken, especially in high-grade cancers [18].

TTB is an established, safe and accurate technique of prostate biopsy with the advantages of increased cancer detection, reduced morbidity and potential to target and guide focal therapy. There is currently no evidence to support primary TTBs and at present expert opinion suggests they should be reserved for patients with a persistently high or rising PSA and a negative TRUS biopsy [19]. There are also logistical and cost difficulties in incorporating TTB into the two-week rule pathway at present. However, with the development of mpMRI the ability to provide targeted template biopsies as a primary biopsy technique is an attractive prospect. In patients with a PSA<20ng/ml we offer a mpMRI. If a targeted lesion is visualised we discuss with patients the option of targeted TTB instead of TRUS biopsy after appropriate counselling. In the near future greater access and improvements in the ability to fuse the mpMRI findings with real time TRUS imaging will allow reliable targeting of suspicious regions, with confirmation that the needle has sampled the region of interest. As this will require fewer biopsies it is anticipated TTBs will be performed under a local anaesthetic as an outpatient procedure. Many of the questions regarding the role of MRI and the use of template biopsies in prostate cancer diagnosis will be answered by the ongoing PROMIS trial. 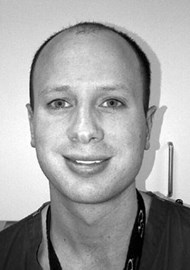 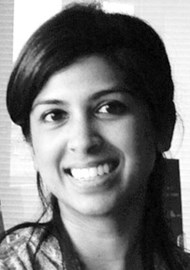 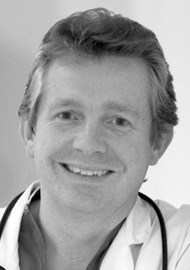 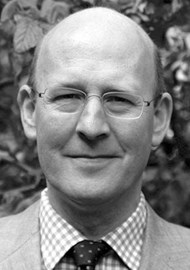 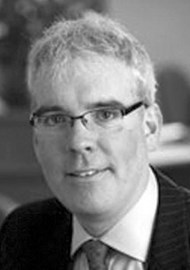