The scent of Ethiopia: a personal story – part 1
By Zeeshan M Aslam (with contributions from G Teferi, A Gobeze, C S Biyani and G Watson)

The year was 2004; I had just moved to the UK as a young house officer and finished my observership programme at Great Ormond Street Hospital in London. I was inspired by greats like Patrick Duffy and Phillip Ransley, and having watched a documentary of Patrick operating on children in Africa, I knew for certain that this was what I would be doing one day as a urologist. I came to know about BAUS Urolink in my fourth year of specialist urological training and, with the help of Shehkar Biyani and Suzie Venn, I finally made my first overseas visit with Graham Watson as part of the Urolink faculty to Hawassa Referral Hospital in Ethiopia.

Urolink activities in Hawassa were started by Shehkar Biyani (St James' University Hospital, Leeds) in 2010 to help develop endoscopic facilities in Ethiopia. There has been significant progress over the past five years, but clearly the training process needs to be continued until the department is completely self-sufficient. I read through the previous reports on the Urolink website which gave me a fair idea, not just about Hawassa Referral Hospital, but an overall view of Ethiopia. This helped me plan my visit accordingly. I managed to obtain generous donations of urological and anaesthetic equipment from the operating theatre of Morriston Hospital, Swansea, and set myself the task of contributing to endoscopic training, initiating audit and teaching medical students. 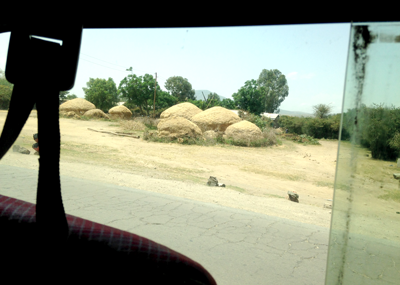 I met up with Graham Watson at Heathrow airport on 20 June 2015. I considered myself very lucky as I was doing my first trip with someone who had a vast experience of providing training all across the developing world throughout his career. The seven hour flight time between London and Addis Ababa seemed like forever as I could not wait to get there. As the Ethiopian airliner started its descent, the first sight of the early morning sunrays shining like gold upon the Ethiopian soil gave me unexpected goosebumps. The dream was soon about to turn into reality.

We reached Addis Ababa airport in the morning of 21 June 2015 ("or 10th month of the year 2007, as per Ethiopian calender!"). We were welcomed by the local consultant Dr Aberra and trainee Getaneh Teferi (Getch). As we stepped outside the airport, the fresh morning breeze brought with it a sweet scent which I later noticed to be perpetually present. We started our five-hour road journey to Hawassa in the hospital van. It was delightful to sit in the back of the van and travel through the villages of Ethiopia. The muddy roads, barren lands and the round thatched-roof huts in the villages had a beauty of their own. Halfway through our journey we stopped at a traditional coffee shop, which gave me the first flavour of that wonderful country. It was there that I was introduced to macchiato, my favourite Ethiopian coffee, and this has developed into an everlasting relationship. 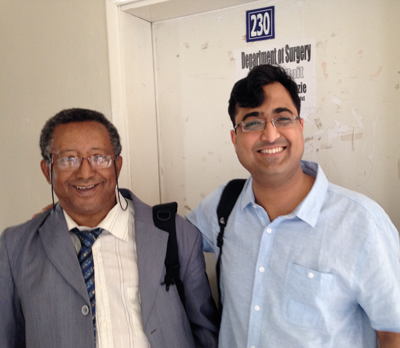 Dr Aberra (left) will always serve as an inspiration to me.

We reached Hawassa at around 3pm. The city was indeed underdeveloped but not as much as I had thought it would be. There were a number of good hotels, and citizens from different corners of the world were staying at my hotel working for various non-governmental agencies (NGOs). The UN World Food Programme had automobiles parked outside our hotel. In the evening there were light showers as I went out with Getch for dinner. The rain brought out the same sweet smell of the countryside, which is so hard to describe in words – Getch thought it was the smell of plumeria. I had realized that this smell is ever present and I describe it as the gloriously intoxicating "Scent of Ethiopia."

Hawassa Referral Hospital is the main teaching hospital in Southern Ethiopia, serving a population of almost 20 million. There are about 400 beds, including six intensive therapy unit (ITU) beds. Usually there are 10-12 beds for urology. Currently there are no formal urology trainees and urology patients are attended to by general surgical trainees. There is a tremendous case load of benign prostatic hyperplasia (BPH) and lower urinary tract symptoms (LUTS) requiring almost 100 transvesical prostatectomies (TVP) in a year. Other common urological diseases I came across were complex urethral strictures, stones and hypospadias. I am full of admiration for Dr Aberra who is coping with such a large amount of work single-handedly. 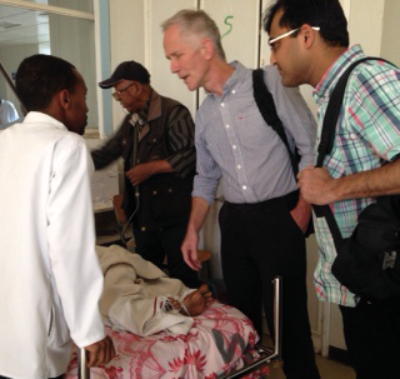 Ward rounds were a regular part of the day.

The average stay after TVP is about 10 days. Patients get admitted from villages as far as two hours’ drive away. They are accompanied by family members, who remain with them during their hospital stay. Due to poverty and lack of facilities, they have to sleep in the corridors and outside on footpaths until the patient is discharged. This was a poignant reminder of the reality of life in rural Ethiopia. Before Urolink started its activities in Hawassa patients needed to be transferred to Addis Ababa for endoscopic procedures and other major urological procedures.

When we first arrived at the hospital we were introduced to the theatre staff who greeted us with open hearts. We had a quick tour of the hospital. The lack of infrastructure and basic facilities reminded me of some of the rural hospitals that I had seen during my early education and training in Pakistan. 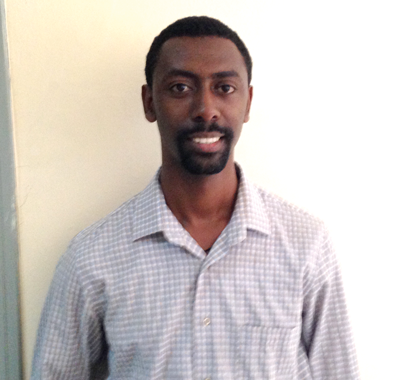 Over the next five days (Monday to Friday), our routine involved morning ward rounds at 8.30am. This was followed by theatres which Dr Aberra had arranged for all five days during our stay, and a postoperative ward round after. We would also assess patients for theatre the next day. On Wednesday morning we attended the surgical grand round with case presentations on trauma, and both surgical and urological emergencies that had been admitted overnight.

During this period, we concentrated on providing training in bladder outlet obstruction endoscopic procedures, which included transurethral prostatic resection (TURP), bladder neck incision and optical urethrotomies. The majority of the prostates I came across for surgery were very large and vascular, consequent to typically late presentation and lack of prior pharmacological treatment. This clearly makes the provision of training in TURP more difficult, but both Dr Aberra and Getch took a keen interest in learning and demonstrated their determination to become skillful in lower urinary tract endoscopic procedures and by the end of the week had demonstrated sound progress in their level of endoscopic competency. I too gained valuable experience from being able to perform an open transvesical prostatectomy, which is now rarely done in the UK. During TVP, the theatre lights failed and we had to use bicycle headlamps brought by Graham Watson! Moreover, a surgical glove could not be put to better use than as a drain bag. The biggest challenge that one faces working in such circumstances is to be able to function with limited facilities and to be able to adapt to unexpected troubles of all kinds. 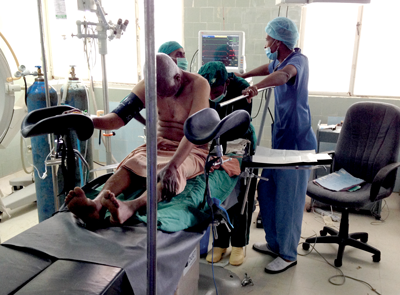 Patient having spinal anaesthesia for TURP. 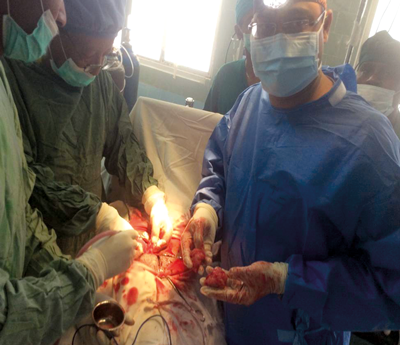 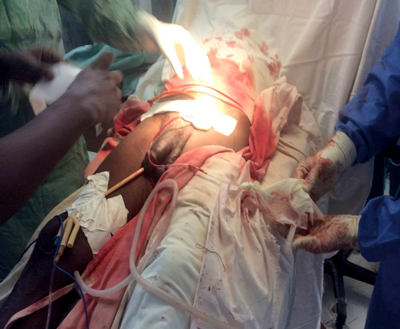 In the few days that I was there I had to deal with repeated breakdowns of the diathermy machine and frequent power cuts during TURPs which resulted in the whole stack switching off. One can also have days with lack of water for washing drapes and gowns, and there was an acute lack of irrigation fluid. The lack of equipment was further evidenced by a broken CT scanner and C-arm in theatre. Generally however, ultrasound imaging was available on all patients admitted for a TURP. Incidentally there are very few anaesthetic doctors in Ethiopia who are based in Addis Ababa. In Hawassa, suprisingly the service is provided by trained anaesthetic nurses.

Almost all cases were done under spinal anaesthesia as they find it easier to manage postoperatively. I was particularly impressed by the anaesthetic work-up of these patients. The service these nurses are providing deserves the highest respect. On the Tuesday and Wednesday I conducted interactive teaching sessions for medical students on topics in paediatric urology, BPH and renal stones. Although they were shy and hesitant to begin with, they soon opened up and the knowledge and enthusiasm demonstrated by them was exceptional and heartening. I feel if given adequate opportunities and training, these students have the potential to be amongst the best anywhere. 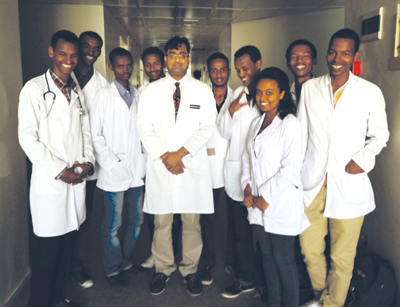 Some of my brilliant university students.

Towards the end of the week Getch and I initiated our planned audit looking at outcomes of TURP in relation to prostate volumes. I will look forward to seeing the result of this.

On most evenings after work, we would gather at the wonderful Lake Hawassa, one of the most calming and naturally beautiful places I have ever been to. With a glass of Spris by your side, viewing different species of birds not known to exist anywhere else on the planet, this is the kind of place you could sit for hours staring at the calm, smooth waters and appreciating mother nature’s work. My time there was over in a flash and I found myself packing to head back to Addis Ababa for our return flight. On leaving Ethiopia I had mixed feelings; whilst I was eager to return home I was also filled with an unexplained feeling of sadness. I don’t know whether this sadness was from me having developed a strong bond with Hawassa and its people, or whether I felt regret for not staying for longer to do more for the patients. This week gave me the most unforgettable experience of my life and I cannot wait for the next opportunity to visit and carry on where I left off. 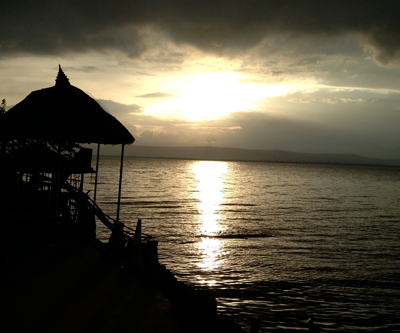 Benefits to Ethiopian and UK doctors

The prime purpose of an organisation such as Urolink is to facilitate the transfer of knowledge and skills to doctors in the developing world, so that healthcare provision can be improved. At the same time, I found this visit to be extremely beneficial to me, as a UK trainee, in many respects, and would wholeheartedly recommend other trainees to get involved if they can:

I am really grateful to Shehkar Biyani, Suzie Venn and Graham Watson for encouraging me and giving me the opportunity to undertake this visit which I am sure will lay a solid foundation for me to keep working with Urolink in the future. I am also grateful to my clinical supervisor Mr Pradeep Bose for allowing me leave from work on a very short notice. I would like to thank Dr Aberra and his department for the arrangements they made for this visit and special thanks to Getaneh Teferi for his hospitality and friendship.