Urinary incontinence (UI) is the involuntary and often embarrassing leakage of urine. It is a condition that is both under-reported and under-diagnosed, and when reported it is, unfortunately, often not assessed and managed adequately.

Incontinence of urine is encountered across a wide range of disciplines and age groups and as such requires a versatile approach to diagnosis and management that is adaptable to the needs of the particular patient and the underlying pathophysiology. Although we would be able to write a textbook if we were to try and address all these patient groups, we hope to provide an update on incontinence in adult women in a two-part review.

The terminology of UI has changed over the years in our quest for precision and uniformity. An up to date standard is provided by the International Continence Society (www.ics.org) [1].

If patients have both SUI and UUI then it is termed mixed UI. The key here is to quantify the degree of bother from each component and treat the more severe of the two.

There are other less common forms of UI, which need to be excluded as they may require to be managed differently. These include:

The overall true prevalence of UI is unknown due to the associated social stigma and under-reporting from a low rate of presentation to the doctor. In a systematic review of over 21 large scale studies the prevalence of UUI ranged from 1.8-30.5% in European populations, 1.7-36.4% in US populations, and 1.5-15.2% in Asian populations [2].

The figures for UUI show a similar low prevalence for Nigeria (1%) and higher in Europe (Norway – 10.2% [4], UK – 15.3% [5]) and USA – 24.7% [6]. Data from China shows a similar pattern to Nigeria while Korea is similar to the Europe and the USA [2]. UUI can be further divided as most patients have OAB, which is the complaint of urgency usually associated with frequency and nocturia. In the UK this can affect 36% of the population of which 16% will have OAB with UUI. This is sometimes termed OAB-wet [7].

UI prevalence figures vary between studies consequent to methodological differences, definitions of UI used and the modality of survey. When adjusting for some of these differences UUI was still found to be lower in Nigeria compared to Germany [7]. The risk of SUI is at least 2.5 fold higher in white and Mexican-American women then black women [8]. There are still large parts of the world such as Africa, Australia, and Central and South America where there is little or no data on the prevalence of UI.

“UI carries with it a large socioeconomic burden often borne by the patient directly due to the purchase of large quantities of urine containment devices, loss of time off work, etc.”

UI carries with it a large socioeconomic burden often borne by the patient directly due to the purchase of large quantities of urine containment devices, loss of time off work, etc. The economic burden of UI from the EPIC study, involving patients from the six countries of Canada, Germany, Italy, Spain, Sweden and the UK, estimated that the total direct cost burden for OAB per country ranged from 333 million in Sweden and 1.2 billion in Germany. The total annual direct cost burden of OAB in these six countries is estimated at 3.9 billion. In addition, nursing home costs were estimated at 4.7 billion per year and the cost of sick leave related to OAB at 1.1 billion per year [9].

As longevity in the population increases there will be an increasing age-related prevalence of UI, and the future holds an ever-increasing burden on society to manage UI socially, economically and psychologically.

Risk factors for UI include use of vaginal oestrogen cream in women [10], obesity and parity [11,12].

The normal micturition cycle is dependent on a complex interrelation between the voiding and storage phases of the lower urinary tract, which is co-ordinated by the central nervous system. The storage phase fulfills the reservoir function of the bladder and requires a closed outlet and a relaxed low pressure bladder for continence.

The voiding phase requires co-ordinating relaxation of the sphincter mechanism with concurrent bladder contraction. More than 98% of the micturition cycle is in the filling phase, which is why storage symptoms are usually more bothersome.

The lower urinary tract is innervated by three sets of peripheral nerves, the parasympathetic, sympathetic and somatic nervous systems. The pelvic nerve conveys parasympathetic outflow to the urethra. Activation of these fibres results in an inhibitory effect on urethral smooth muscle, and an excitatory effect on the bladder promoting micturition. Most of the sympathetic innervation of the bladder and urethra originates in the thoracolumbar region (T10 to L2) of the spinal cord. The axons travel through the inferior mesenteric ganglia and the hypogastric nerve or pass through the paravertebral chain and enter the pelvic nerve. Sympathetic signals are conveyed in the hypogastric and the pelvic nerves. They inhibit the bladder body and excite the bladder base and urethra. The pudendal nerves excite the external urethra. These nerves contain afferent sensory as well as efferent motor axons. Contraction and relaxation of the detrusor and urethral smooth muscles are mediated through stimulation of the autonomic nervous system. The main neurotransmitters are acetylcholine (Ach) and noradrenaline.

There are five known muscarinic receptor subtypes (M1-M5) in the bladder, of which M2 and M3 are the predominant. Although there are 70-80% M2 receptors, the M3 receptor subtype is the most important for detrusor contraction [13-15]. The β3-adrenoceptor receptors, on the other hand, are important for detrusor relaxation [16]. Alpha-adrenoceptor stimulation results in contraction of the bladder neck and urethral smooth muscle, promoting continence.

The striated sphincter is part of the outer wall of the urethra in both sexes. The striated muscle is composed of the urethral sphincter, or rhabdosphincter, assisted by the periurethral striated muscles of the pelvic floor. The external urethral sphincter is under voluntary control and receives sympathetic (NA) and parasympathetic (Ach) innervation via the pudendal nerve whose cell bodies are located in Onuf’s nucleus in the spinal cord.

The orientation of the female mid-urethra and external sphincters provide continence in conjunction.

Sensory information is relayed up to the pontine micturition centre (PMC) via the spinothalamic tracts. The micturition reflex is co-ordinated via the spinobulbospinal reflex. The PMC sends axons to the paraventricular thalamic nucleus and to the periaqueductal grey area in the hypothalamus. Efferent from the PMC excites the sacral micturition centre to allow bladder outflow. The PMC inhibits the external sphincter activity of the bladder. These reciprocal pathways are responsible for the synergistic co-ordination of the bladder and its outlet.

Each individual component of the continence mechanism alone is insufficient to maintain continence and should any part become compromised (i.e. post radical prostatectomy or post partum) then the other parts can compensate to a degree before UI becomes problematic [17].

The various scenarios that UI may present with, such as part of an acute medical condition apart from the various categories described under the section on terminology, highlights both the complex interplay between pathophysiologic mechanisms and the importance of appropriate recognition and treatment. The mnemonic DIAPPERS is a good way to remember the reversible causes of UI, especially in the elderly:

The diagnosis is dependent on identification of clinical symptoms and signs, supplemented by appropriate investigations. A voiding diary or frequency volume chart is immensely important in quantifying the functional bladder capacity, and the detection of polyuria or nocturnal polyuria as well as providing information on pad usage, urgency and UI episodes. The European Association of Urology (EAU) guidelines recommend a three to seven day period of keeping a diary; we use a three-day diary in our practice.

A comprehensive clinical history aims to differentiate between the various categories of incontinence; UUI, SUI and mixed incontinence being the most common. It also seeks to identify possible underlying risk factors and potentially reversible causes of incontinence:

Physical examination aims to confirm the diagnosis and detect any reversible / treatable causes, and must be performed in the presence of a chaperone after informed consent:

In intrinsic sphincter deficiency (ISD) the bladder neck is usually situated in the correct position without descent but open at rest, which results in urinary leakage even at low intrabdominal pressures. ISD may be part of a spectrum and may occur with urethral hypermobility, but pure ISD is typically seen in neuropathies, trauma or surgery to urethra / bladder neck, after pelvic radiation, and poor oestrogenisation.

A flow test is often performed in outpatients to rule out voiding problems, bladder outlet obstruction or detrusor failure. A post micturition bladder scan is useful for ruling out retention with consequent overflow incontinence.

Urinalysis rules out the presence of urinary tract infection and haematuria which should be managed as per usual protocols.

In the majority of cases further investigation may not be required in order to institute treatment. Occasionally cystoscopy may be required for bladder pain or haematuria. Twenty-four-hour pad weight testing can be used to quantify the degree of urinary incontinence, particularly if the examination findings do not correlate with the clinical history.

The role of urodynamics in the evaluation of incontinence remains debated. Urodynamic testing is usually performed where underlying neurological causes are suspected, after previous failed surgery for UI. It remains common practice to perform urodynamics before planned surgery although it is not known whether this alters the outcome of intervention. It certainly helps understand the underlying components of the problem and to counsel patients, but it must be remembered that urodynamics is an invasive procedure with a clear associated morbidity.

In stress incontinence, the detrusor pressure usually remains low and incontinence occurs during coughing or movement (with rises in the abdominal pressure). Detrusor overactivity (DOA) is defined as phasic contractions of the detrusor during bladder filling. The vesical pressure rises, but the abdominal pressure remains unchanged. DOA is often associated with urgency and overactive bladder, but can sometimes be seen in normal individuals with no symptoms. DOA can often follow cough provocation and in some cases is quite marked and treatment of this may lead to resolution of symptoms. Consequently the urodynamic findings must always be interpreted in the light of the clinical history and physical findings.

The indications for urodynamics include:

Urinary incontinence in women is diagnosed simply by their complaints of urinary leakage. However, the condition may be difficult to assess and manage consequent to the complexity of the underlying causative factors combined with our currently incomplete understanding of the lower urinary tract control mechanisms. There is considerable overlap between findings in asymptomatic and symptomatic women, and symptoms may not correlate with signs or investigation findings. Urinary incontinence is a complex topic, which requires careful and detailed assessment.

There are a plethora of treatment options available and we will explore these in Part 2. 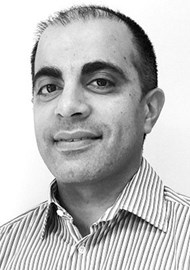 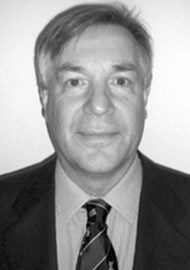