In this article I am joined by Gavin Gordon of Newcastle University whose research on the early adoption of radiology by urologists was presented at this year’s BAUS meeting in Glasgow and won the best history poster prize.

Wilhelm Conrad Röntgen’s (1845-1923) landmark work on the clinical application of x-rays is widely regarded as one of the great medical innovations. Famously, in November 1895, he took the first recorded radiograph of his wife’s hand – she, upon seeing the image, exclaimed, “I have seen my death!” The importance of the discovery was readily appreciated by the medical community and it sparked a flurry of international research. In Great Britain, this was led by the Glaswegian John Macintyre (1857-1928) who is credited with the creation of the world’s first radiology department at the Glasgow Royal Infirmary.

Within urology, the potential for x-rays was most obviously seen in the management of complex urolithiasis cases. Prior to the development of x-rays, the principle method used for the diagnosis of bladder calculi was a technique called sounding. So-called as it was an auscultatory method that involved the insertion of a metallic instrument into the bladder via the urethra. The surgeon then listened for the distinctive sound made when a stone in the bladder collided with the instrument. Using this method, the practitioner could, in theory, determine the composition, location and number of stones and thus plan the best procedure.

For kidney stones, the surgeon relied solely on history and examination, often operating without a clear diagnosis. The dissatisfaction of these methods can be readily appreciated and was succinctly summarised by James Swain (1862-1951) who wrote, “The great difficulty of distinguishing nephrolithiasis from many other pathological conditions of the genito-urological tract – especially early tubercular disease of the kidney – is well known.” For both bladder and kidney stones, the frustration of existing techniques incentivised the implementation of x-rays. 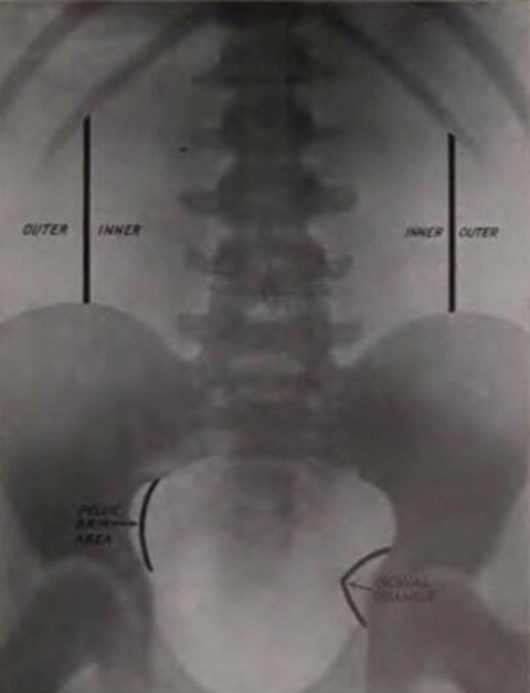 Figure 1: Fenwick’s suggestion of useful landmarks on a KUB x-ray. 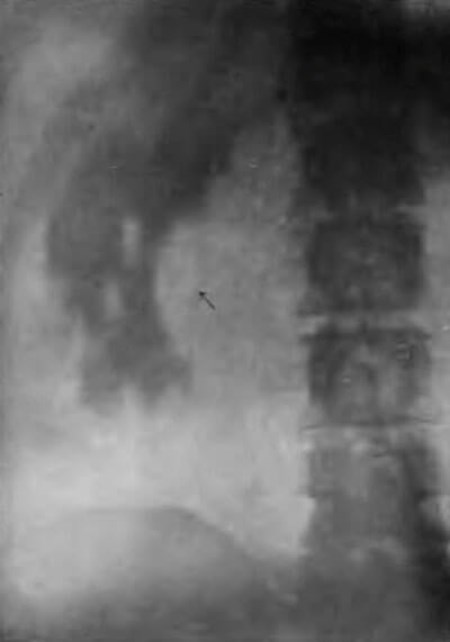 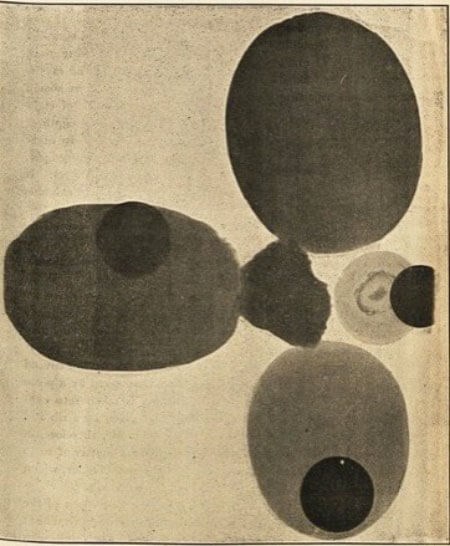 Figure 3: James Swain’s demonstration of the relative densities of different stones on x-ray
(the dense circles are coins used for comparison).

Edwin Hurry Fenwick (1856-1944) published The Value of Radiography in 1908. Fenwick was a remarkable surgeon who expanded his research to encompass radiological and pathological findings in order to further his clinical understanding (Figure 1). His classic work is the result of 12 years of urological research into x-rays and compiles 80 radiographs each with a corresponding case report. It is an unequivocal endorsement for the adoption of clinical imaging in urological practice: “let us employ it routinely when it is possible, and control its findings by operative work.”

It is also written as a teaching aid, with a list of 23 suggested rules of x-ray interpretation. Many of the cases are specifically chosen to demonstrate the application of these rules. For example, Rule 14 states, “A large renal shadow with rays or branches indicating a dendritic stone with foetid pyuria generally demands nephrectomy.” Interestingly, Fenwick illustrated this with a mismanaged case where he performed a nephrolithotomy where a nephrectomy was indicated, unfortunately leading to the death of the patient. In doing so, he directly attributes deeper understanding of x-rays to improved patient outcomes.

Prior to the publication of Fenwick’s book, critical research was required on exposure, positioning and application. Macintyre published just one article on urological imaging. The task fell to other clinicians to evolve and refine the technique. One of the first was James Swain (1862-1951) of Bristol, who published research on renal stone imaging in 1897. He quickly realised that the shadowing of images changed depending on the composition of stones. He concluded, “[…] the probability of diagnosis by these means is greatest in the oxalate of lime calculus, and least in the biliary calculus-phosphatic and uric acid calculi occupying an intermediate position.”

Fenwick, Swain and other advocates were not only concerned with advancing the academic science and understanding but implementing x-rays into practice. Swain finished his article with a case report from a fellow clinician where an “obscure diagnosis had been made clear by use of Rontgen Rays.”

Another surgeon, Charles Morton (1860-1929), submitted his own case of a paediatric patient where conventional diagnostic methods had failed: “[…] there was no tenderness on deep and firm pressure on the kidney or in the course of the ureter nor could any stone be felt in the lower end of the ureter per rectum. His bladder had been sounded by the assistant surgeon with negative result.” Morton goes on to describe a successful kidney operation where the stone was located exactly where the x-ray indicated.

A review of the early literature would not be complete without noting the scepticism of Henry Morris (1844-1926), a renowned urologist, pioneer of the elective nephrolithotomy (see here) and president of the Royal College of Surgeons. Morris did, in fact, conduct his own research on x-rays and stone composition in the same year as Macintyre’s publication. However, he concluded, it was unlikely to find a place in clinical practice. His scepticism did not change when writing his definitive textbook Surgical Diseases of the Kidney and Ureter in 1904. He proclaimed exploratory surgery as the investigation of choice in uncertain renal cases, citing several cases of films providing false positives and false negatives. Taking this further, he saw the advancement of imaging as potentially damaging to the profession stating, “[…] it will, I fear, be the means of putting back renal surgery by deterring many patients from submitting to surgical explorations who can be cured by no other method than an operation.”

Morris taps into the sentiment that surgery should be advanced by careful study of anatomy and maximising time in theatre. This is an interesting parallel with his contemporary, Sir Henry Thompson who took a similarly dim view of cystoscopy replacing open exploration of bladder pathology. Luckily such scepticism did not deter further research however, with imaging for stones seeing regular use by the 1920s. In Germany, advances in retrograde pyelography had begun in 1906, which would allow for the characterisation of renal masses, taking urological imaging beyond the realm of renal stones.

Along with cystoscopy, advanced diagnostic techniques were quickly accepted by the urological community. Obstacles were met with calls for further research rather than outright opposition and sounding quickly fell into disuse. Abdominal x-rays with or without contrast remained the diagnostic investigation of choice for kidney stones up until the 21st century when they were replaced by CT scans. Even so, plain KUB x-rays still find their place in follow-up stone clinics over a century after our urological predecessors realised their immense value to urology. 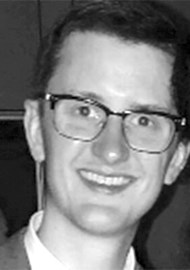