This study explored the relationship between metabolic syndrome and localised prostate cancer recurrence in patients who had received active treatment (external beam radiation therapy – EBRT, radical retropubic prostatectomy – RRP, or brachytherapy). The definition of metabolic syndrome adopted was from the American Heart Association and included parameters in hypertension, fasting blood glucose, waist circumference, cholesterol (high-density lipoprotein – HDL, and low-density lipoprotein – LDL) and triglycerides. The population examined was from a multi-site veteran network. One thousand seven hundred and six eligible men were identified, with 279 having recurrence (median follow-up 41 months). Selection bias between treatment groups was assessed; the radiation group was found to be older, have a greater body mass index (BMI) and more co-morbidities than the surgery group but there was no significant difference in proportion of patients with metabolic syndrome. No significant association between metabolic syndrome and prostate cancer recurrence was found using bivariate, multivariable and propensity-adjusted multivariable Cox proportional hazards regression. Subgroup analysis by treatment type did not show any difference. However, elevated LDL and impaired fasting blood glucose were independently associated with a higher risk of prostate cancer recurrence (33% and 47%). The authors suggested that these could be modifiable targets in the prevention of prostate cancer recurrence. 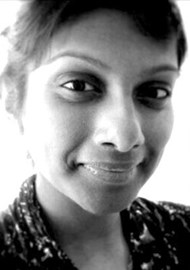