Bladder cancer (BC) after radical nephroureterectomy (RNU) has an approximate incidence of 20-50%. This contemporary multicentre study will inform the ongoing debate on risk factors for BC after minimally invasive RNU and how it may be prevented. Three hundred and ninety-six robotic and 89 laparoscopic RNUs were analysed and overall, 22.7% developed BC. Diagnostic ureteroscopic biopsy, currently recommended in the European Association of Urology (EAU) guidelines, was found to increase the risk of BC by 50%, as did transurethral resection for bladder cuff (three-fold increased risk) and positive surgical margins. There was no significant difference in BC rates between the laparoscopic and robotic groups in this study. Prior randomised controlled trial (RCT) evidence supports the use of single dose intravesical chemotherapy after RNU to reduce risk of BC by 40-60% and a previous retrospective series was also indicative of increased BC risk after endoscopic bladder cuff management and so these are likely to be treatment-specific modifiable factors that may reduce risk. However, the abandonment of ureteroscopic biopsy is likely to provoke debate given that it is generally considered a cornerstone of diagnosis – can percutaneous biopsy be a feasible alternative for upper tract urothelial cancer, or would post-ureteroscopic intravesical chemotherapy help mitigate the risk of BC? 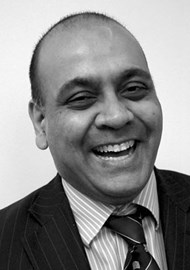