I wasn’t expecting that! A series of unexpected radiology findings
By Nick Rukin

A 76-year-old diabetic man with a long-term catheter presents to the Emergency Department with rigors and non-specific abdominal pain. He has an elevated white cell count (WCC) and C-reactive protein (CRP). An abdominal and pelvic CT scan was arranged. Selected CT images are shown below: 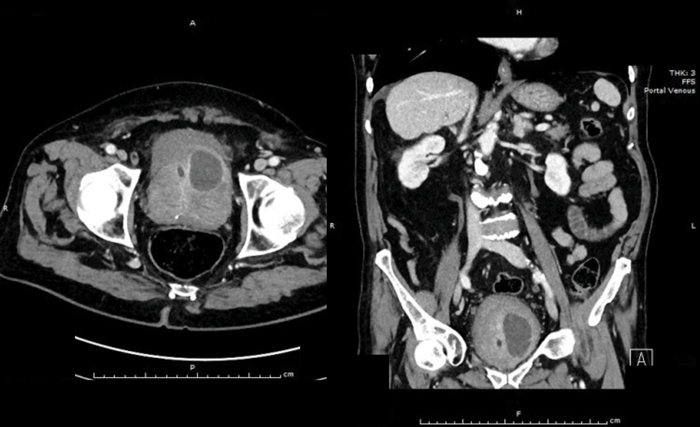 A 34-year-old lady is referred from the medics with right-sided loin pain and urosepsis. An initial ultrasound scan was arranged, followed by a subsequent CT scan. These scans did not show any renal / ureteric stone, but selected images are shown to the left. 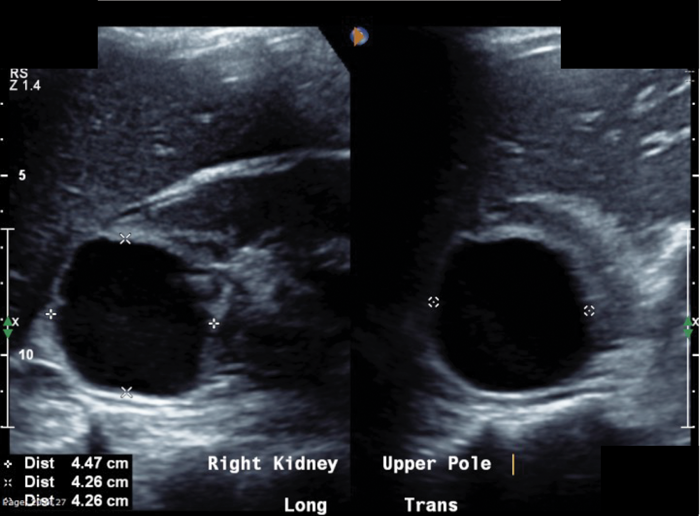 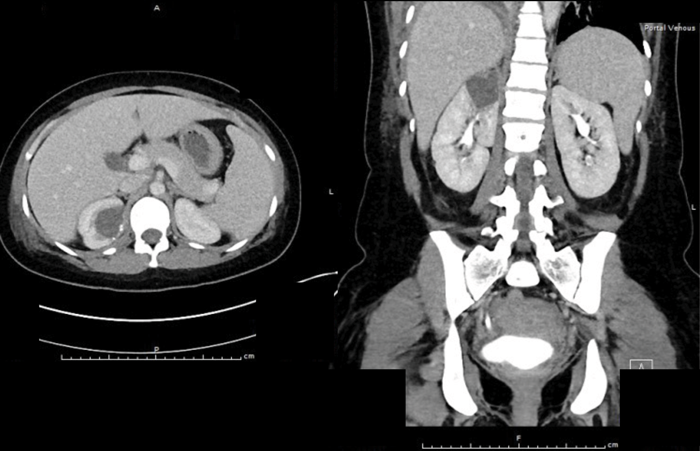 A previously fit and well 65-year-old man presents with acute onset, left loin pain and non-visible haematuria. He underwent a CT KUB suspecting renal stones (no stones seen), therefore he had a subsequent contrast CT scan. These images are shown below: 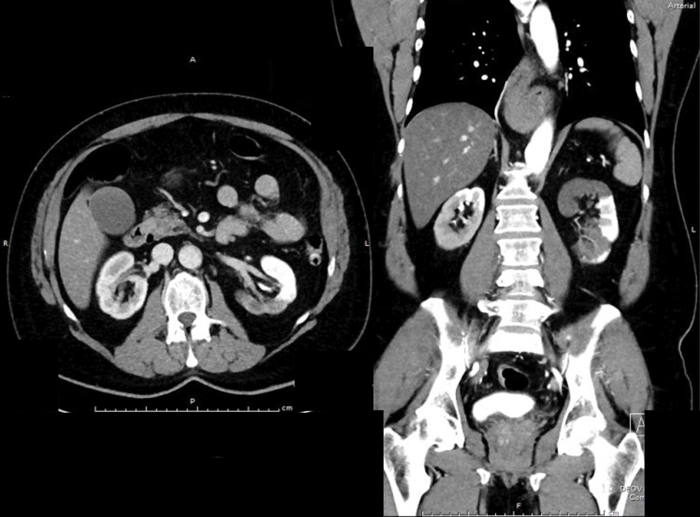