Despite universal adoption and significant technological innovation since its inception around 30 years ago, access to laparoscopic surgery remains lacking in Sub-Saharan Africa (SSA).

Whilst some progress has been made in recent years to bridge the gap with the developed world by incorporating laparoscopy into surgical training curriculums and delivering laparoscopic training workshops throughout the continent, unfortunately thus far these efforts have failed to translate into widespread provision of minimally-invasive surgery [1-3].

Hôpital Général de Grand Yoff (famously known as ‘HOGGY’) is a 300-bed hospital based in Dakar, Senegal and is widely considered amongst the most prominent teaching institutions in West Africa. In 2017, Zeeshan Aslam, Consultant Urological Surgeon at Ninewells Hospital in Dundee, assisted in delivering West Africa’s first dedicated laparoscopic urology workshop at HOGGY in collaboration with IVUmed, a US-based urology charity which aims to enhance training in urological surgery throughout the developing world [4]. The aim of this inaugural workshop was to establish the feasibility of laparoscopy training at the unit. The week was a resounding success, and thus Zeeshan was encouraged by the team at HOGGY to build on the foundations laid during this trip and return to deliver a series of laparoscopic workshops. A long-term goal was set: to establish HOGGY as the primary training institution for laparoscopic urology in West Africa.

In October 2019, following many months of meticulous planning, I was given the opportunity to accompany Zeeshan Aslam (Workshop Director) and Ali Thwaini (Co-Faculty and Consultant Urological Surgeon in Belfast City Hospital) to deliver a five-day structured laparoscopic urology workshop at HOGGY. This article serves to provide a report on our experience and outcomes from this workshop and ambitions for the future. 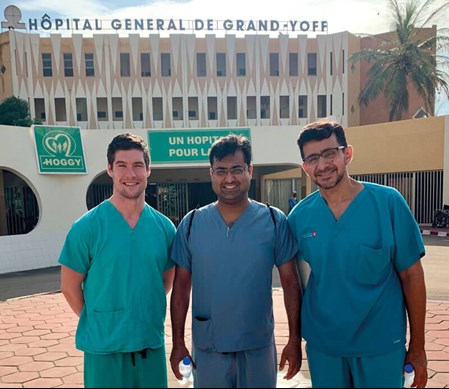 There are currently 50 consultant urologists in Senegal serving a population of around 16 million. This equates to an estimated ratio of one urologist per 320,000 population – superior to many neighbouring SSA nations but relatively few when compared with the developed world; for example, the UK’s one per 60,000 as per the 2018 BAUS workforce report [5]. Within the urology unit at HOGGY there are six consultants and over 15 residents and fellows originating from various countries including Benin, Burkina Faso, Togo, Morocco and Tunisia. Professor Serigne Magueye Gueye, incumbent President of the West African College of Surgeons (WACS), is the head of the department and Professor Lamine Niang takes the lead role in both benign and oncological clinical activity.

Over the years HOGGY has established itself as the leading endourology and reconstructive centre in the region. Upper tract and pelvic oncology is performed via open access and it is commonplace for patients to remain in hospital for up to 10 days during the recovery phase – often with significant social and economic burden to both patients and relatives – who commonly sleep on hospital floors during their loved ones’ inpatient stay. This was one of many factors supporting establishment of minimally-invasive surgery within this unit [5].

“Spending the week with consultants and fellow surgical trainees who are striving to achieve optimal outcomes for their patients, despite a difficult working environment, was both inspiring and humbling”

After travelling from Scotland to Dakar, we had a day prior to the beginning of the workshop to explore the local area accompanied by Professor Niang, who generously gave up his valuable time to show us around. This was my first experience of West Africa, and I was immediately drawn to the relaxed and friendly culture – a welcome change from the busy lifestyle to which we are all accustomed in the UK. 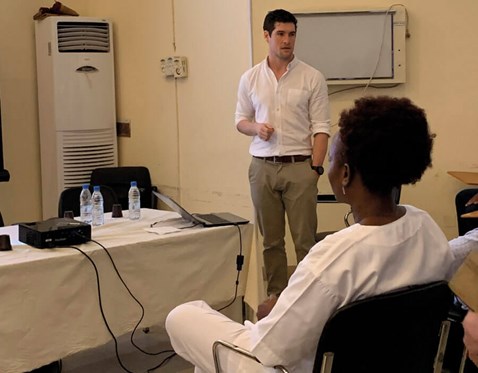 Matthew Trail lecturing during the course.

We were greeted with open arms by Professor Gueye and the departmental team as we arrived at HOGGY on the first day of the workshop. This warm welcome was symbolic of the hospitality – teranga as it is locally known – to which we became accustomed in our interactions with the locals throughout the week. Following a guided tour of the hospital we were introduced to the urology residents, some of whom had travelled from neighbouring countries to attend the workshop. Next came a meeting in the hospital boardroom with the management team. We discussed our plan for the workshop and made clear our objective that this was not intended to be an isolated workshop but that the aim was to establish a structured, stepwise training programme in conjunction with several workshops in the coming years – with HOGGY as the principle training centre.

The plan was met with great enthusiasm by the hospital director who told us of his intention to make an official request to the Senegalese Department of Health for additional funds to support the development of a laparoscopic urology service within the hospital.

We proceeded to deliver a series of interactive tutorials on various topics – including laparoscopic access and operative steps involved in each of the procedures planned for the week. Following months of meticulous planning between the UK and HOGGY teams, the host team had scheduled a series of procedures which would provide an opportunity for delegates to develop basic skills in laparoscopic access and techniques with stepwise progression over the course of the workshop – including varicocele ligation, renal cyst decortication and pyeloplasty. 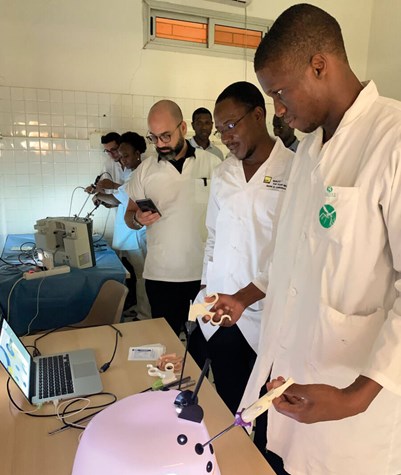 We held an MDT-style discussion for each planned case including one which concerned a 4cm renal mass which had previously been planned for open radical nephrectomy. It was agreed that nephron-sparing surgery would be more appropriate and the case would provide an opportunity for the team to perform laparoscopic access and dissection prior to a planned open conversion to complete the partial nephrectomy. 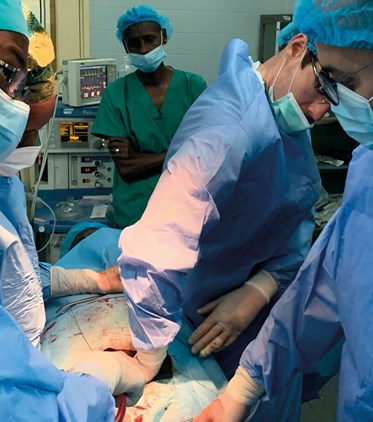 The author’s experience of Millin’s prostatectomy.

The objective of the three days which followed was to focus on training Professor Niang and accompanying consultant colleagues. On the first operating day there were four laparoscopic bilateral varicocele ligations scheduled. Varicocele has a relatively high incidence in Senegal, and ligation is commonly performed to address infertility in younger men. At HOGGY, an open approach is currently performed, however laparoscopic ligation would allow patients to be managed as a day-case. As the first case was prepared and Ali talked through the World Health Organization (WHO) preoperative checklist – a novelty in HOGGY – the excitement was tangible and demonstrated by the 20 or so residents who had gathered in theatre to observe proceedings. By the fourth case, Professor Niang and one of his fellow consultants, Dr Medina Ndoye, demonstrated near-independence in the procedure with only minimal guidance from faculty – a satisfying end to the first day for the trainers! 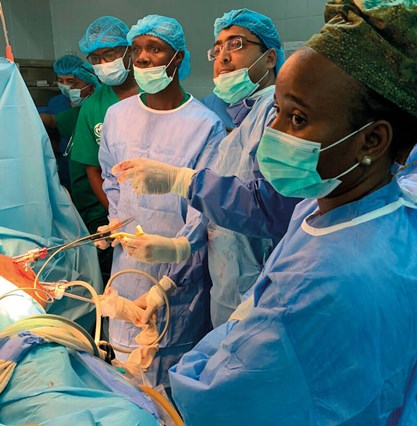 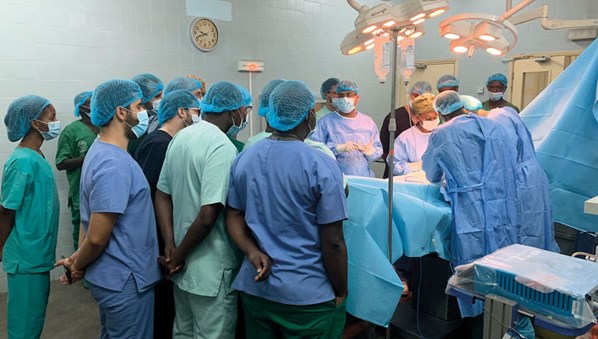 The following day, two laparoscopic cyst decortications and a pyeloplasty were scheduled. As aforementioned, the objective was not for Professor Niang and his consultant colleagues to gain independence in these procedures but to perform specific steps under close supervision and guidance – and it was clear for all to see that with structured mentorship, skills were already beginning to improve. An additional pyeloplasty and a partial nephrectomy with planned open conversion – as discussed in the ‘MDT’ on day one – were listed on the third and final operating day. These cases provided valuable learning opportunities to the observing residents. A case to support use of laparoscopy within this environment was the incidental discovery of intra-abdominal undescended testes during one of the laparospcopic pyeloplasties. Diagnostic laparoscopy would allow such patients to avoid the morbidity and protracted postoperative recovery associated with diagnostic open exploration.

Operating circumstances were often challenging – with faculty constantly forced to adapt to suboptimal conditions, including an operating table with no break and a malfunctioning insufflator. It is also not standard practice in Senegal, and many other SSA hospitals, for a scrub-nurse to be present in theatre. This made for an exciting experience for the residents as they took it in turns to take on this role – eager to impress their bosses! Innovation, camaraderie, and perseverance are essential attributes in overcoming testing circumstances – all of which were present in abundance throughout the week. Despite the challenges, our team found that the environment and facilities were safe to perform laparoscopy, although clearly there is room for improvement.

Meanwhile, I was provided with an opportunity during these operating days to perform an open nephrectomy and Millin’s retropubic prostatectomy. With opportunities to experience open urological surgery ever-diminishing in the UK this was a memorable and valuable training experience for which I was very grateful. 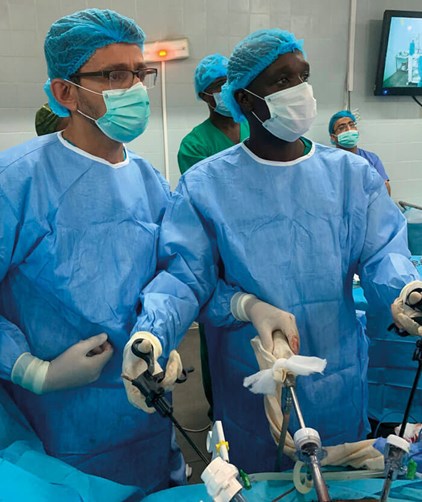 Live one to one training. 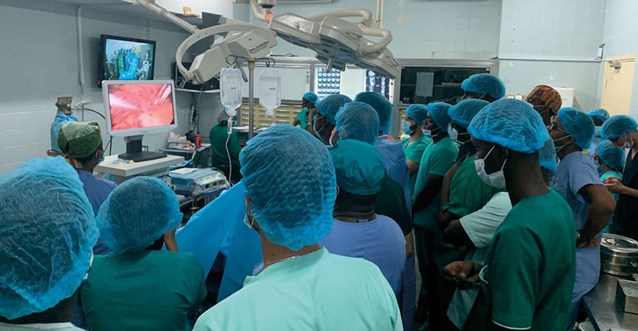 Day 5: setting goals for the future

There was a fantastic sense of achievement throughout the department as we arrived for the fifth and final day of the workshop. Feedback, collated via a survey of all delegates, was very positive – with all stating the workshop had enhanced their interest in pursuing training in laparoscopic urology. Many had requested additional simulation sessions in future workshops – testament to Zeeshan’s ‘DIY’ laparoscopic simulator which was made using an inexpensive plastic laundry box! Led by Professor Niang, we performed a traditional ‘grand round’. A prospective audit of outcomes has been initiated to evaluate outcomes and we have since learned that all patients were discharged without any perioperative complications.

Professor Niang and the faculty agreed the team was now sufficiently competent to list laparoscopic varicocele ligation with a plan to complete up to 10 cases before the next workshop. We agreed this would be supported by remote Facetime ‘telementoring’ – an innovative idea to encourage continued progression of skills. In December 2019, two months following the workshop, the HOGGY team successfully completed their first independent laparoscopic procedure – a varicocele ligation – testament to the dedication and determination of the team to persist with this programme.

We were grateful to be invited to debrief with Professor Gueye following conclusion of the workshop. He was delighted by the success of the week and encouraged the team to return to deliver the workshop biannually. Furthermore, in his capacity as WACS president he spoke of his plans to dedicate an interactive session to establishing laparoscopic urology training in SSA at the WACS annual conference – to which he invited the team to chair.

On a personal note, this trip provided me with an unforgettable opportunity to visit this vibrant and welcoming country and experience healthcare in the developing world – an experience I never expected to have during my training and one I would wholeheartedly recommend to all UK trainees. Spending the week with consultants and fellow surgical trainees who are striving to achieve optimal outcomes for their patients, despite a difficult working environment, was both inspiring and humbling and has undoubtedly enhanced my appreciation and gratitude for the privilege I have to train in the UK with the relative abundance of resources the NHS provides. 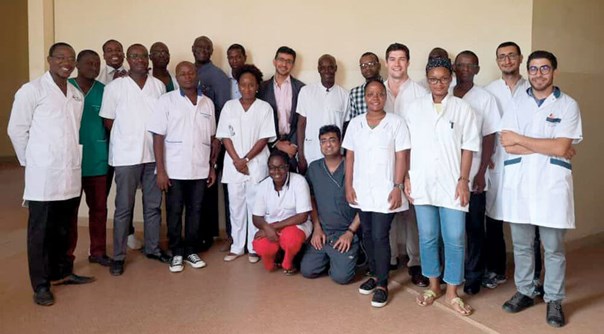 It is undeniable that in some SSA countries, appetite to develop the relative ‘luxury’ of laparoscopic surgery is superseded by more pressing issues – namely deficiency of even the most basic healthcare provision [6,7]. However, it is now generally accepted that establishing laparoscopic surgery within selected specialist centres which possess the necessary infrastructure and expertise to sustain the service would provide patients with the opportunity to reap the benefits – both clinical and socioeconomic – associated with minimally-invasive surgery [5].

Historically, urology has always been open to technological innovation and this has remained true as the specialty has pioneered robotic surgery in recent years. It therefore seems appropriate that urology takes the first steps in establishing laparoscopic surgery in the developing world. This workshop demonstrated that there is an appetite for modernisation, and with a motivated team striving towards a common goal, there is no reason this cannot be achieved with the HOGGY team at the forefront.

Acknowledgement: I would like to take this opportunity to thank the Scottish Urological Society (SUS) for their generous contribution to my trip and to Zeeshan and Ali for an experience I will never forget. I hope this workshop marks the beginning of an important journey for urological surgery in West Africa, led by this inspiring team. 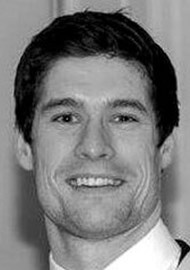 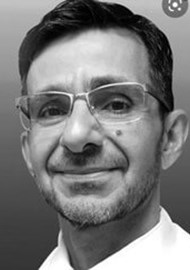 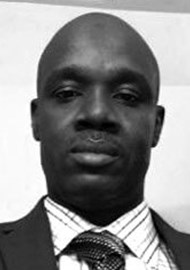