The incidence of renal cell carcinoma has increased over the past decade which can be partly attributed to the increased use of imaging modalities [1,2]. Nephron sparing procedures for the management of small renal tumours have gained popularity which include partial nephrectomy and more recently thermal ablation.

The most commonly used types of ablative techniques are radiofrequency (RF) ablation which uses heat energy to destroy renal tumour tissue and cryoablation which uses freezing [3]. Both of these techniques rely on controlled energy delivery to the renal tumours with the help of imaging modalities (CT or ultrasound) for the percutaneous approach, intraoperative ultrasound during laparoscopy or direct visualisation during open surgery to minimise damage to healthy tissue [3]. Other ablative techniques such as microwave ablation, laser ablation and high-intensity US ablation have been used but are considered experimental.

Patients that may benefit from thermal ablative procedures are those that are poor surgical candidates usually due to multiple comorbidities, advanced age and / or poor renal function. Patients with multiple or bilateral renal tumours (such as with VHL syndrome) may also benefit from a combined surgical and thermal ablative approach [3, 4].

The success of thermal ablation is determined by subsequent radiological imaging. This is in contrast to surgical resection whereby the whole specimen may be examined by the pathologist and given a pathological stage [5] indicating complete resection or otherwise. Radiologists therefore play a key part in identifying any residual tumour or local tumour progression.

Percutaneous RFA for renal cancer is carried out with the patient under either local anaesthesia (with / without sedation) or general anaesthesia. One or more radiofrequency electrodes (Figure 1 - a partly insulated needle with an active tip) is / are inserted percutaneously into the tumour under imaging guidance. The probes themselves can either be a single straight tip or have an expandable design that form an umbrella or basket that embrace the tumour [6]. Radiofrequency energy, generated by an RF energy source (Figure 2) with a target temperature of 50 - 100°C with a margin of 0.5-1cm around the lesion is delivered via the electrode(s) to coagulate and destroy the tumour tissue (coagulative necrosis) in the target area.

After the procedure, the probes are removed and the tracts are ablated to minimise the risk of tumour seeding and haemorrhage (Figure 3). Adjuvant manoeuvres such as hydrodissection (creating a space between the kidney and adjacent structures by injecting normal saline) or pre-embolisation have extended the scope of this technique. Antibiotic prophylaxis is routinely administered and continued for 24-72 hours after the procedure and analgesia requirements are given as required. The procedure can be repeated if necessary [7].

It is generally accepted that the success rate of RF ablation in treating RCC depends on the tumour’s size and location [4,8,9,10]. Although no established threshold or tumour diameter is associated with RF ablation treatment success or failure, it is generally considered that RCC with a greatest diameter of 4cm or less (T1a) has a higher probability of complete ablation than does RCC larger than 4cm [3,11].

Some investigators reported that tumours located centrally or in the hilar regions are more difficult to treat and have an increased risk of incomplete treatment or radiographic recurrence [12,13,14]. For thermal ablation, a major renal vessel in close proximity to the tumour distributes heat away from the tumour (heat-sink phenomenon) and may result in incomplete local treatment [15]. Exophytic RCC may be more likely to be completely ablated than parenchymal or central RCC as perirenal fat can produce a thermally insulating effect, resulting in more efficient thermal ablation [3,11].

The efficacy of renal RFA has been outlined in the document published by the National Institute for Health and Care Excellence (NICE). A meta-analysis of 47 studies (non-randomised comparative studies and case series) including a total of 1375 tumours treated by RFA (n = 775) or cryoablation (n = 600) reported local tumour progression (defined as radiographic or pathological evidence of residual disease after initial treatment, regardless of time to recurrence) in 13% (100/775) and 5% (31/600) of tumours respectively at a mean 19-month follow-up (p < 0.001). The meta-analysis reported progression to metastatic disease in 2% (19/775) of tumours treated by RFA and 1% (6/600) of tumours treated by cryoablation (p = not significant) [7].

Renoduodenal fistula was diagnosed five days after the procedure in one patient in a case report. Neuromuscular complications after RFA treatment were reported in three of 48 patients in one series. One patient developed persistent laxity of flank muscles. The other two developed sensory loss and paraesthesia of the lateral abdominal wall (resolved after three months) [7].

First described by Uchida et al. in 1995, cryoablation has been the most experimentally and clinically evaluated of the renal ablative techniques [16]. Nephron sparing surgery is considered the gold standard in the management of small renal masses and the indications for cryoablation are similar to those for RFA; and include patients that decline active surveillance [17-19,29]. 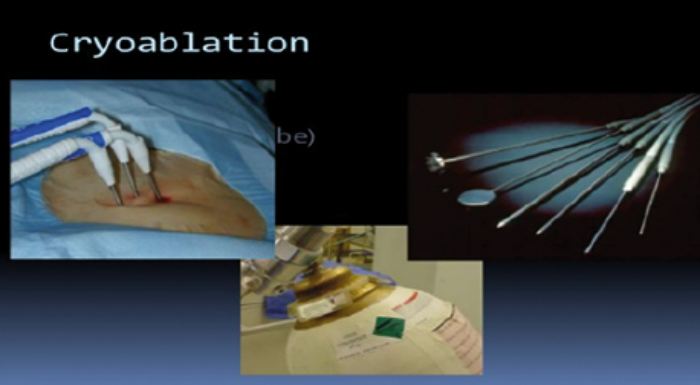 Renal cryoablation can be performed laparoscopically or percutaneously under ultrasound, CT or MR guidance [Figures 4-7]. Tissue injury occurs by both cellular damage caused during the freezing phase and also by reperfusion injury during the thawing phase; both of which lead to coagulative necrosis and fibrosis [20]. This is caused by the deposition of intracellular and extracellular ice crystals, an event that leads to the disruption of the cell membrane, intracellular structures and the local microvasculature.

A certain threshold temperature must be reached during activation of the cryoablation probes to ensure tumour destruction. Normal renal parenchyma is destroyed at approximately -19.4°C, while tumour cells generally require lower temperatures due to their more fibrous nature [21]. The minimum preferred target temperature during renal cryoablation is at or below -40°C. Liquid argon and liquid nitrogen, the two most commonly used cryogens, have boiling points of -186°C and -196°C respectively. A double freeze-thaw cycle is employed during renal tumour cryoablation as it has been shown to create a larger area of liquefaction necrosis and improve local tumour control outcomes compared to a single freeze-thaw cycle [22].

Current standard of care is an initial freeze cycle of eight to 10 minutes followed by a second freeze cycle of six to eight minutes for most tumours. Modern argon-based cryoablation units have the ability to actively thaw tissue through the application of helium gas following ice-ball formation. Active thawing decreases operative times, but passive thawing causes greater tissue destruction due to increased solute effects and recrystallisation at temperatures between -20°C and -30°C [23]. Passive thawing should be employed after the first freeze-thaw cycle so temperatures less than -40°C are maintained for a longer period of time, while an active thaw cycle should be used after the second freeze-thaw cycle so potential bleeding can be addressed more quickly. The ablation zone should extend approximately 1cm beyond the margins of the tumour. Thermosensors may be placed at the tumour margin to ensure adequate treatment temperatures are reached [24].

A non-randomised comparative study of 90 patients reported “primary effectiveness” (complete ablation of tumour after the initial procedure) in 90% (27/30) of patients treated with percutaneous cryotherapy and 93% (56/60) of patients treated with laparoscopic cryotherapy (p = 0.68). The three with residual disease in the percutaneous group required a second ablation and two of those with residual disease in the laparoscopic group went on to have percutaneous cryoablation (all were successful), one died from unrelated causes before retreatment and one continued with imaging because of indeterminate findings. Consequently, secondary effectiveness rates were 100% (30/30) and 100% (58/58), respectively. The same study reported only one recurrence in a patient treated with laparoscopic cryoablation 14 months after the procedure [27].

Pessoa et al. [28] recently published a systematic review comparing percutaneous versus laparoscopic cryoablation for small renal masses. They analysed the data from 11 retrospective comparative studies which included 1725 cases of which there were 804 (46.6%) percutaneous and 921 (53.4%) laparoscopic cryoablations. Percutaneous cryoablation was performed more frequently for posterior tumours, whereas laparoscopy was more common for endophytic lesions. Percutaneous cryoablation was associated with a significantly shorter hospital stay. The two procedures were similar for recurrence-free and overall survival. There was no significant difference in postoperative estimated glomerular filtration rate. They concluded that laparoscopic and percutaneous renal cryoablation offer similar oncological outcomes with minimal effects on renal function with the potential advantage of cost saving with the percutaneous method through faster recovery and shorter hospital stay.

Comparative studies looking at cryoablation and RFA vs. partial nephrectomy (PN) have shown mixed results. One study has shown a higher local tumour recurrence rate in the RFA group when compared to PN but there was no difference regarding the occurrence of distant metastasis. Another study reported the metastasis-free survival was superior after PN and cryoablation compared to RFA for cT1a patients. Pre-treatment biopsy should be carried out as standard; either in advance or at the time of ablation. The European Association of Urologists (EAU) guidelines recommendation was to offer surveillance, RFA or cryoablation to elderly and / or comorbid patients with small renal masses. Surgery should therefore be offered to younger / fit patients.

The EAU has published guidelines on the management of renal cancer. They made the following conclusions and recommendations about therapeutic approaches as an alternative to surgery: Radiofrequency and cryoablation are the only minimally invasive approaches for the treatment of small renal tumours with medium follow-up data. Although the oncological efficacy is not yet known, currently available data strongly suggest that cryoablation, when performed laparoscopically, results in fewer retreatments and improved local tumour control compared with RFA. For both RFA and cryoablation, recurrence rates are higher than with nephron-sparing surgery. 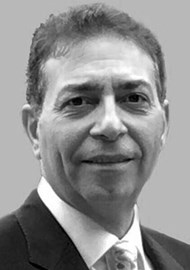 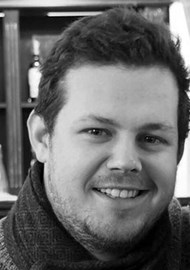 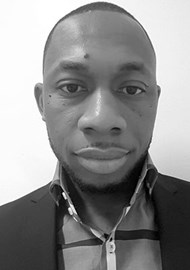 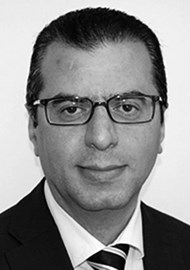